Homepage / Me, myself, and anxiety 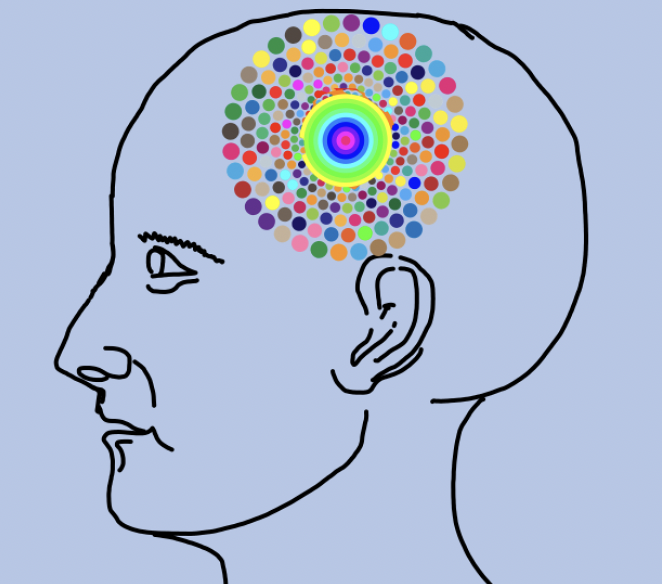 I remember the moment very well – I was sat at a desk talking to my boss, pointing out the key elements of a strategic plan. I was in quite a stressful job, but I’d handled the stress in that role and many things in my life over the years that hadn’t caused the reaction that I then had. Without any kind of warning, or so it seemed, I noticed tears rolling down my face; my hands started to shake, my vision became tunnelled, and I was going through waves of temperature fluctuation. He asked if I was all right. I said: “I don’t think I am.”

That was the beginning of what was much later diagnosed as General Anxiety Disorder (GAD). Over the years I tried to hide the fact that I had anxiety. There is a tradition amongst many of us of ‘putting a face on’. Trying to conceal something that affects us and pretend that it doesn’t. Perhaps even feeling a little ashamed about this ‘thing’ that affects us and takes away ‘normal’.

I have become more accepting of my anxiety and concluded that I must live with it – moderating it with medication and Cognitive Behaviour Therapy (CBT). I still get work done in my job, I am still (I hope) as industrious and conscientious as I have ever been. I find relief in being more open about the condition and there is liberation in being able to say to people “I have an anxiety disorder.”

The reaction to this is generally very supportive and many people have contacted me to share their experiences of anxiety. Whether to be open about it is a choice that individuals should make – in my case it was the right one as my colleagues have gained a better understanding of the working of me.

The American Psychology Association defines anxiety as an emotion characterised by feelings of tension, worried thoughts, and physical changes (APA, 2022). This is a useful definition, although like all attempts to define something it is a simplification of what can be a complex subject.

Having anxiety at some point in life is a natural part of being human. Evolution has provided us with a useful mechanism for making judgments about safety and preservation. We would probably think it a bit strange if we didn’t feel a little anxious about a job interview, a first date or speaking in public. The difference with an anxiety disorder is that feelings of dread, panic, threat, and impending tragedy can become overwhelming.

Situational anxiety is a different fear from everyday fear and is often disproportionate or unrealistic.

Phobic anxiety is an overwhelming fear of a particular place, situation, feeling or animal.

Situational anxiety transfers to phobic anxiety with the avoidance of a situation.

Bourne (2020, p.6) comments that the emphasis of anxiety is more internal than external and describes a reaction to ‘a vague, distant, or even unrecognised danger’. Reaction is in three combined areas:

Attempts to recover from anxiety must address these three areas.

Sometimes just the thought of a situation can drive anxiety. This is called anticipatory anxiety. An example might be the need to give a work presentation (public speaking anxiety). As the presentation approaches the individual can become consumed with concern. Another type is spontaneous anxiety where, for example, an unexpected situation occurs, and the onset of the anxious state is rapid; although it can peak quickly and decrease over a few hours.

Some people describe feeling ‘on edge’ and a sensation of threat without it being connected to a specific situation or ‘thing’; this is called Free Floating Anxiety. Research is continuing on the causes, but it is thought to be triggered by events such as dysregulation of neurotransmitters; previous experiences such as bullying, harassment, grief, vitamin imbalances, poor self-esteem, stress; changes in hormone levels; a poor diet or exercise regime.

You may have heard people describe a situation as causing them a panic attack. Sometimes it is said humorously, but a real panic attack can be a terrifying and disturbing event that arises suddenly. They tend to last for a few minutes and are accompanied by symptoms such as shortness of breath, heart palpitations, disorientation and dizziness, shaking/trembling, twitches, temperature fluctuation, tingling or numbness in the extremities, chest pain and discomfort, fears of mortality, depersonalisation, nausea, and feelings of asphyxiation. At least four of these symptoms will be present in a full-blown panic attack.

In a short blog of this nature, it is not possible to list all variants or the spectrum of them. But it is worth noting that there are other disorders that are generally under the heading of anxiety. These include agoraphobia (‘fear of open spaces’), Social Anxiety Disorder (fear of embarrassment or humiliation in front of people), Obsessive-Compulsive Disorder (OCD) (uncontrollable, reoccurring thoughts (obsessions) and/or behaviours (compulsions), Post Traumatic Stress Disorder (PTSD) (disabling psychological  symptoms following a traumatic event), Substance induced anxiety disorder (where generalised anxiety or panic attacks are direct physiological effects of substance (drug, medication) exposure.

If you believe you have one of the conditions, I have mentioned above my strongest recommendation is that you make an appointment with your General Practitioner to discuss it. They will be able to advise on the correct course of action, whether that is Cognitive Behaviour Therapy, self-help courses, relaxation techniques, medication or referral to a specialist.

Dr Robby Allen is a Senior Lecturer in Organisational Behaviour and Neurodiversity at Cranfield University. If you are interested in pursuing studies in OB or neurodiversity or please do get in touch.