Homepage / Did the agricultural sector get enough attention at COP26 – the cow in the room?

Did the agricultural sector get enough attention at COP26 – the cow in the room? 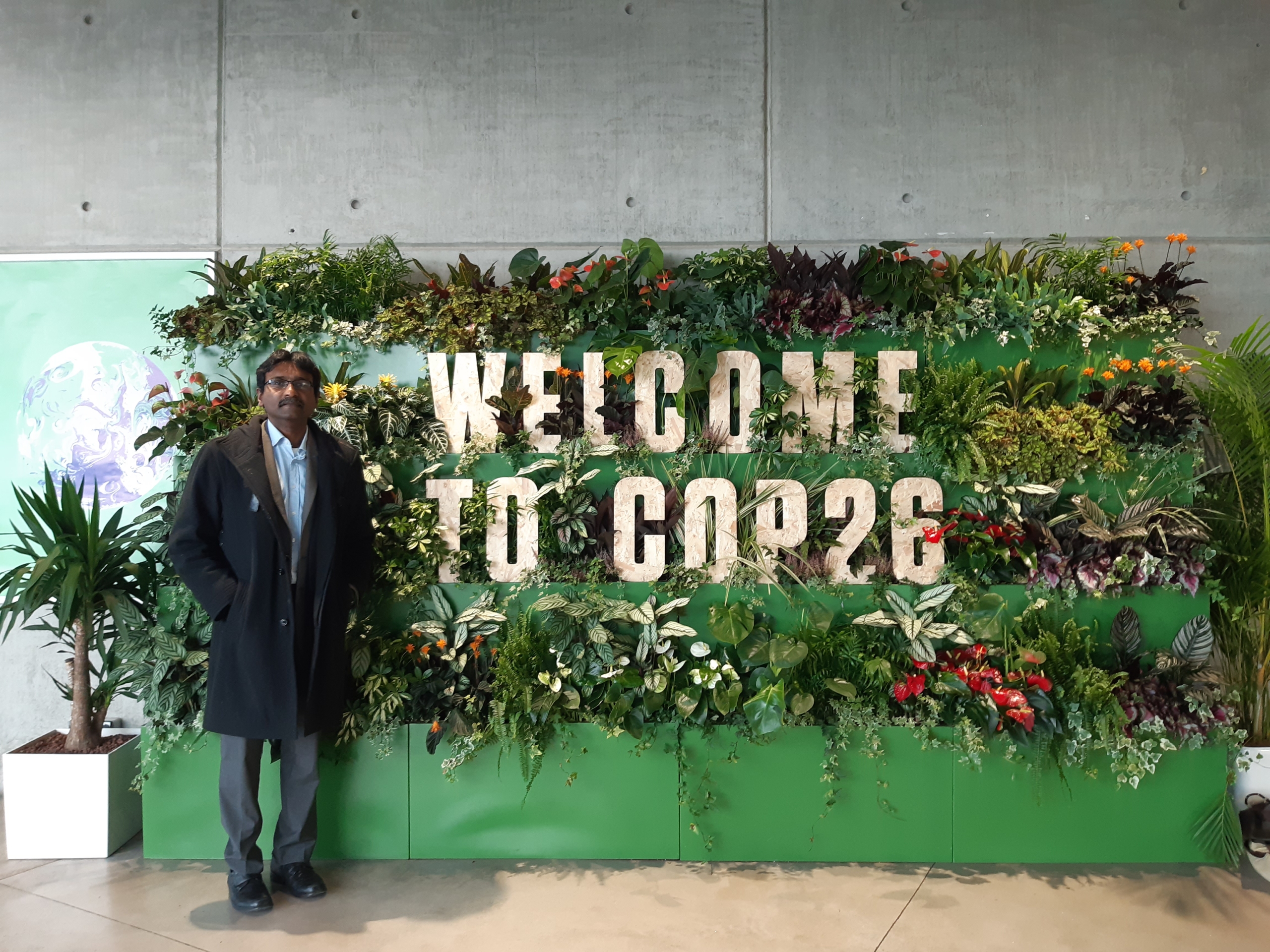 I attended the COP26 in Glasgow from 10-12th November 2021. It was an event that I was really excited to attend as I had been interacting with the COP26 Universities Secretariat who were instrumental in organising this major event. Whilst I had attended many conferences and seminars in the past, attending COP26 was different in the sense that it attracted a global audience and the challenges being debated and potential solutions explored, affected people from all walks of life. In addition to that, this was the first event I attended face to face after close to 18 months of joining events through online mode. 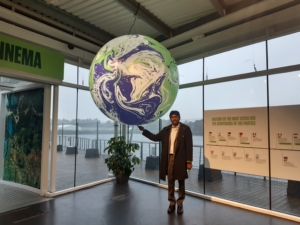 On the first day of my visit, I attended a seminar organised by Ekaterra which is an organisation linked to Unilever but focusing on tea production. In the talk, they presented some of the work they are involved with Cranfield University on the Internet of Things to gather key climate, crop and soil data needed to manage the tea plantations and also on organic fertiliser production. I am involved in the latter project with Ekaterra and it was great to see that the project was getting a great deal of attention from an auditorium that had close to 200 people, in addition to those joining online.

I also visited many exhibitions from organisations such as UKRI, Sainsbury, Scottish Power, universities, NGOs, UNEP, British Antarctic Survey and many others. They were demonstrating key messages on how various actions are influencing the climate using props and visual aids.

Whilst I was excited to see all these exhibits and interesting artefacts, what was a bit disappointing was the lack of any major displays or stands that showed the role of agriculture and food security and how this will be influenced by climate change. So, I went to the main information booth and they said that there was a parallel event on agriculture being organised by Climate Action Innovation the following day. Why was this not organised at the main COP26 venue? I found out about this parallel event by pure chance! Isn’t agriculture important enough to be featured on the main site?

On the second day, I attended the event organised by the Climate Action Innovation. The speakers came from various organisations such as Organic Research Centre, EAT Forum, Springfield Agri, Global Alliance for Sustainable Planet, Satsure (organisation involved in innovative decision analytics leveraging advances in satellites remote sensing, machine learning and big data analytics) and Pure Harvest Smart Farms. It was such an engaging panel discussion with an excellent moderator.

The topics they were discussing centred around how our diets will be influenced by climate, how we need to conserve the soil (they even mentioned soil chemistry and organic amendments – absolute music to my years!), role of drought tolerant cultivars, soil health, role of organic food in feeding the population, how can clever data gathering through remote sensing, drones etc be very key in managing resources such as water, fertiliser to optimise crop production.

I had excellent contacts from this seminar and will keep in touch to engage further with them. I was really pleased that finally agriculture was getting the attention that it deserved.

On my final day, I decided to attend some artistic shows that communicated key messages about climate through dance and music – something that I am not good at but still interested!

I saw a show where kids were putting on a play to show adults how climate change will influence their future! I attended a discussion panel from indigenous people from Bolivia, Mexico, Argentina, Peru and Brazil to discuss the plight of how deforestation is affecting their homes and livelihood. They were speaking in Spanish with a translator in place but there was so much emotion in the room and I really felt touched by how they must feel!  They said, “We must be consulted on how our land is used, as currently it is plundered, we have a say!”. These words are so true! I felt really sad to see how they reacted. I had more empathy for them than when Alok Sharma was shedding his tears on the last day of COP26! 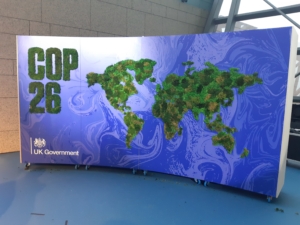 As I was leaving COP26 I felt that agriculture and in particular soil really takes an important role in mitigating climate and actions are needed to mobilise our current know-hows to achieve it. There are new opportunities such as the AIM4C – Agriculture Innovation Mission for Climate an initiative between the US government and the United Arab Emirates, which also has buy-in from the UK government. This is surely an avenue that we can explore to showcase Cranfield’s collective expertise to mobilise innovation in the agriculture sector to strike the balance needed to feed the world and preserve the environment.