Homepage / In the spotlight: Sabrina Cipullo

In the spotlight: Sabrina Cipullo 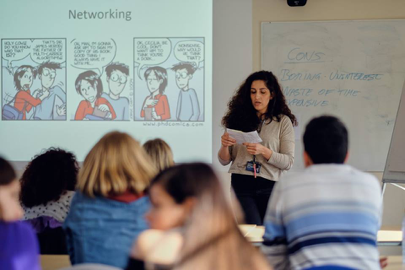 Give us a short overview of your scientific topic

“Over 200 years of industrialisation have left a legacy of contaminants in soil across Europe. Luckily for us, many diverse groups of bacteria are capable of using contaminations (like petrol) as food source, in a process called bioremediation. However, some contaminants are resistant to microbial attack, they are degraded either slowly or not at all. In my work I am studying how to clean-up and de-toxify contaminated soils, combining engineering, chemistry, microbiology, and toxicology.”

Tell us more! Some facts about your events, how you designed the activities, and its impact on young people

“During these three years of my PhD, I took part in multiple exhibitions, talks, debates, and promoted hands-on activities to sparkle a stimulus for change, and to teach (and learn!) more about science. It all started when I showcased my research at the University’s 70th anniversary, Cranfield’s Festival of Flight and Exploratorium in September 2016, an event that aimed at engaging young people from the local area (with over 6,000 participants).

Later on, I was also lucky enough to be shortlisted to take part in European Researchers’ Night (2016), at the fascinating National History Museum in London, with the whole event attracting as many as 30,000 visitors. (Read more here: https://blogs.cranfield.ac.uk/environmental-technology/environmental-outreach-remediation) 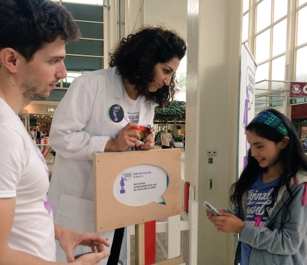 In my second year, I was fascinated by the impact that our research can have on the wider community and I believe that inspiring children and young people is a key part of our work, so I became a volunteer STEM ambassador. I enjoyed going in to different schools and presenting my work to over 200 children in different interactive settings (presentations, lectures, and a Q&A in panel format). Kids were always very curious about recycling, climate change, and contaminations. They also asked a lot of questions about career choices and motivation/drivers to become a scientist. Then in 2017, I was delighted to be selected as a speaker for Soapbox Science Milton Keynes, which aims to promote female scientists by engaging with the public through interactive talks and engaging demonstrations.

I decided I wanted to add a more interactive dimension to my talk, so, in my spare time over the weekend I built props such as:

This year I have been awarded a grant funding to showcase research at Oxford Science Festival from the 12th – 22nd of October 2018 (come and see two Cranfield stands about fatbergs and bioremediation at the Town Hall Explorazone on Saturday 13 October). I also became a scientist pen-pal volunteer with Letters to a Pre-Scientist for the 2018-19 school year. I am very excited about this new opportunity to engage and inspire students of all races, ethnicities, and economic backgrounds to succeed in their science education.”

Sum up why your work is the best

“Because my work successfully enables a diverse audience (from kids to adults) to participate in research conversations, establishing relevance and building trust around complex topics. Hopefully I have inspired some children to be the next Elon Musk, Helen Sharman or Tim Peake.

I have always put a lot of energy and efforts in developing more than just my research. I believe that sometimes PhD students tend to focus only on their topic, forgetting how important networking and engaging with the wider community are.

I think communicating science is of great value both for developing skills in communication and public engagement and also having the chance to develop further creativity, and a sense of global perspectives.” 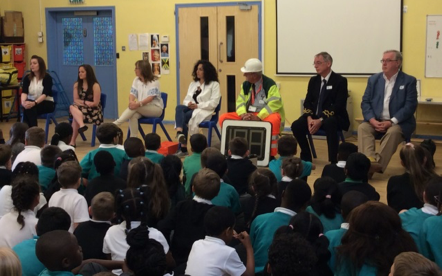 ‘Meet the Experts’ at Brooksward School, Milton Keynes (UK), May 2018

“On the 17th July, I was awarded the 2018 Kroto Prize for Science Education of Young People. I want to express my most sincere gratitude to University of Sheffield for choosing me for this prize. I am looking forward to taking part in the researcher showcase on the 24th October.”