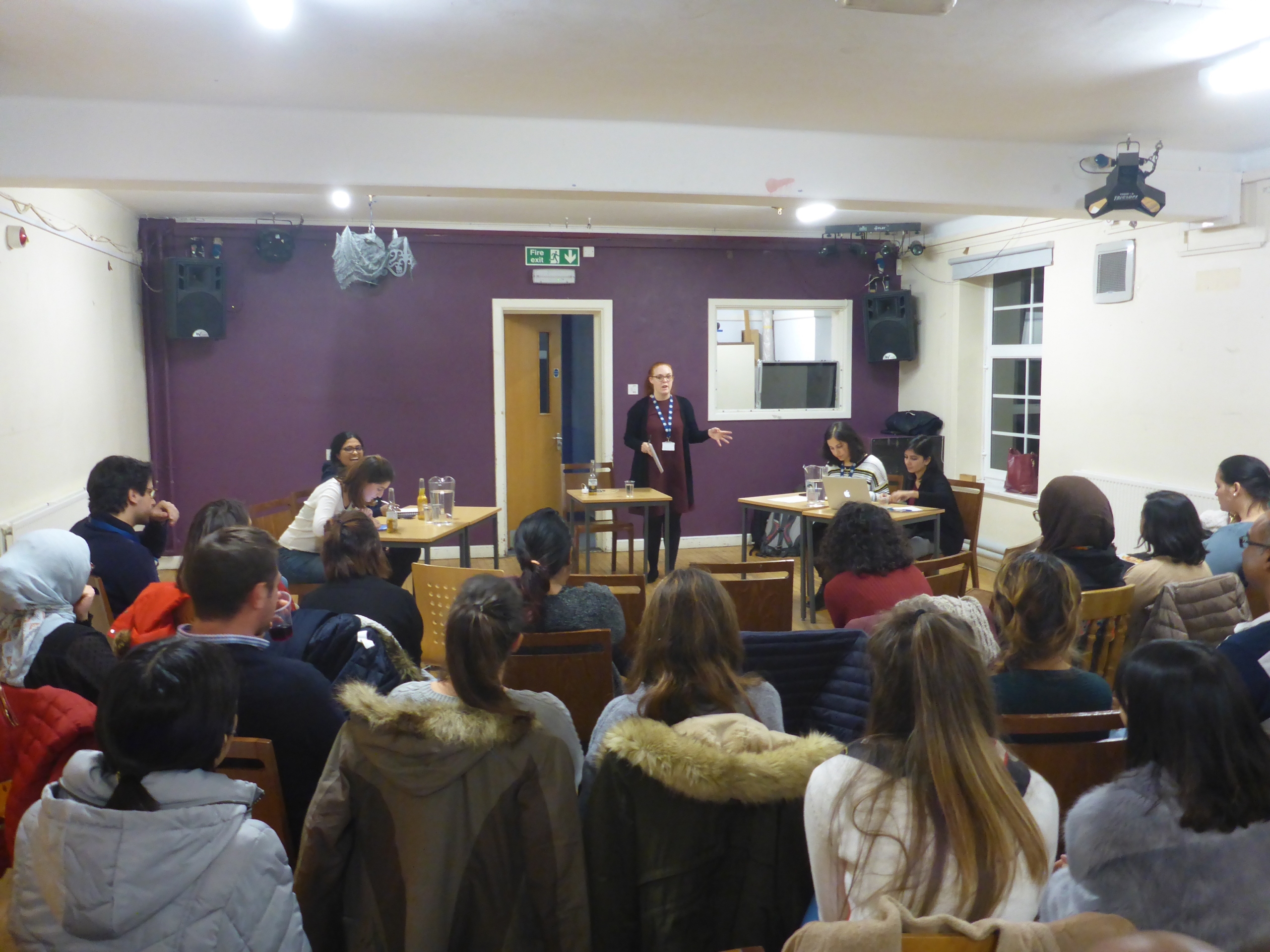 Welcome aboard the ship of Women in Leadership Society!

The WiL Society turns one this year! The class of 2017-18 is now carrying the torch, passed on to us by our mighty(?) seniors who initiated this wonderful idea last year. They got WiL’s wheels to start churning and various events and guest lectures were organised as part of it. This year, we intend to create new avenues for WiL by lining up even more interesting events and activities. The vision and mission of WiL remains the same, i.e. to support each other and help all its members achieve their best potential.

On 9th  November, the eve of Equal Pay Day, WiL began its first monthly meet by hosting an Oxford style debate. The subject of the debate was “Is the gender pay gap real?” Realizing the implications of the divide over equal pay, this event aimed to create a safe space for bringing out various ideas which we all fail to discuss openly. The Thursday evening event witnessed remarkable attendance with a house full of wonderful women and men (yes) from different departments of Cranfield University.

WiL President Valentina Holt welcomed new members on board and inaugurated the event by presenting the significance of the Equal Pay Day. According to Fawcett’s Society, the average woman in the UK earns 85.5p for every £1 paid to a man, which means women effectively stop getting paid on November 9 and work the rest of the year for free.

While WiL Social Rep Joanna Dickson set the context and skilfully presided over the debate, other members of the executive committee took the stands for and against. Khayale Agaeva (Vice-President) and Neeti Kulhar (Social Rep) were in the favour of the argument and Lily (Treasurer) and Apoorva Nayak (Secretary) argued against.

The debate was filled with real, relevant and conducive arguments from both sides. The arguments in favour cited the Equality Act of 1975 and also brought into light the meaning of “Equal Pay, Equal Value”. On the other hand, the team against the argument raised the matter of women’s life choices and working part-time contributing to the skewed results.

The attendees further contributed to the enthusiasm with pertinent themes and personal examples, creating a very lively discussion floor. One of the members shared a story backing the father who willingly volunteered to care for a child while the mother was away pursuing her goals at Cranfield University. An equally important point highlighted fair share of responsibility for both the genders at home and at work, which would create a harmonious balance and perhaps happier family life. Pizzas (on the house!) added to the flavour of the evening!

We thank each and everyone present for the stimulating dialogue and looking forward to hosting many more exciting events this year. Cheers!