Homepage / ‘Be Bold for Change’ for International Women’s Day

‘Be Bold for Change’ for International Women’s Day 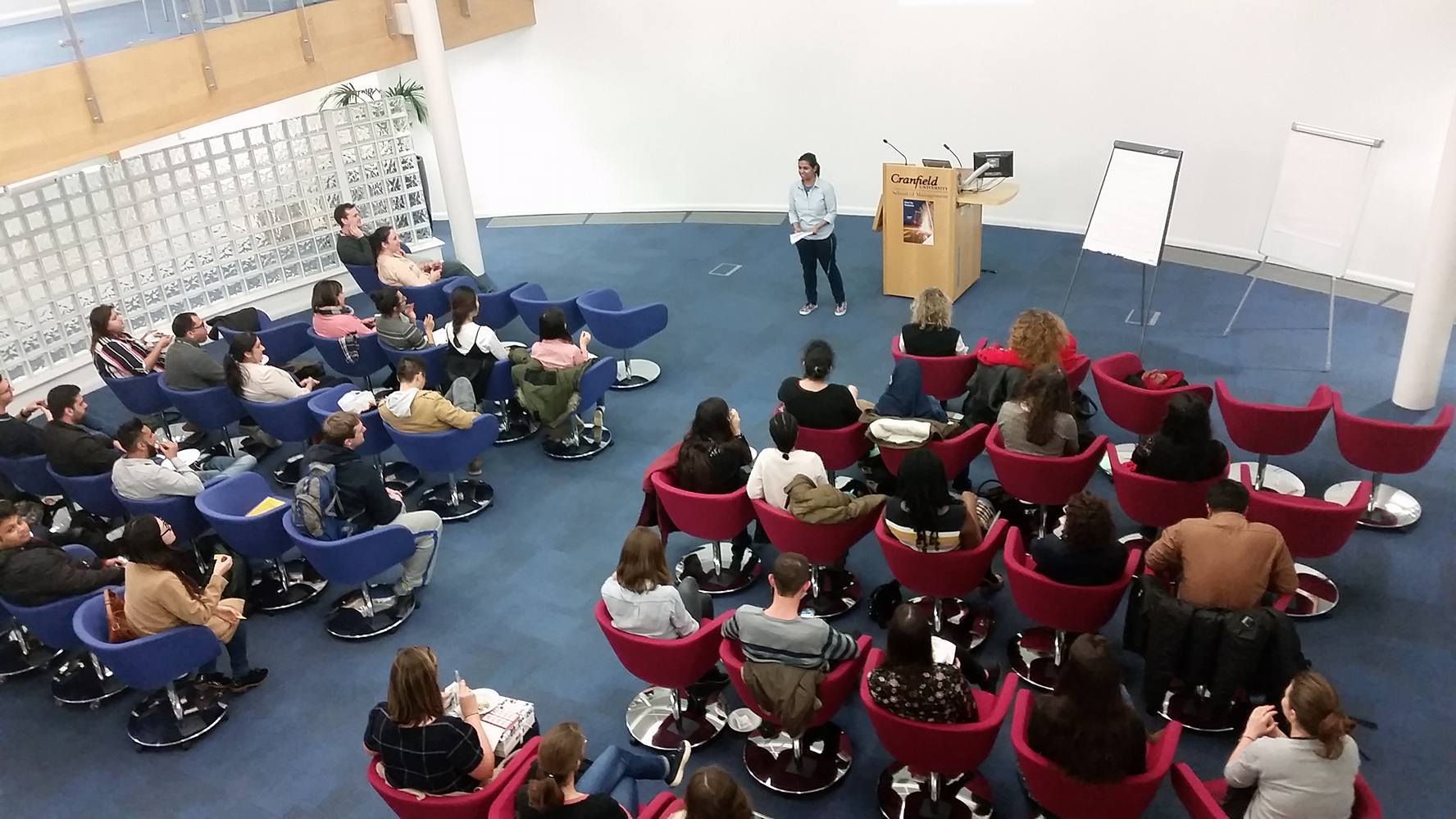 The Women in Leadership committee hosted our first event for International Women’s Day on this year’s theme of ‘Be Bold for Change’ addressing the challenges, bias and inequality that women face. This theme calls for all men and women to take action and to progress towards a more gender-balanced and inclusive leadership, addressing the issues faced by women in the workplace, in education, and in day to day life.

The evening was spent celebrating the political, cultural and economic achievements of women, with three guest speakers – Ruth Bender, Professor of Corporate Financial Strategy, who spoke about the challenges she faced whilst working in an accounting firm and how she conquered her fear of public speaking. Debra Charles, CEO and Founder of Novacroft, spoke of the hurdles she overcame along her journey to establishing a successful business, and Lynellyn Long, Chair and Founder of HERA, openly spoke about her work with survivors of human trafficking.

Although March 8th is a day to commemorate women and their achievements, this event was also a reminder of being mindful of marginalised and disenfranchised women and girls, and especially vulnerable women and girls. Lynellyn Long spoke about her experiences as co-founder of HERA, an organisation that provides entrepreneurship training and professional mentoring to survivors of human trafficking.

According to the United Nations Global Report on Trafficking in Persons 2016, 51% of victims of trafficking are women and although this has decreased from 71% of trafficked victims in 2004, the issue is still widely prevalent on a global scale.

The most common purposes for trafficking include sexual exploitation, forced marriages, domestic servitude and forced labour. Victims of sex trafficking face adverse physical and psychological health conditions and social disadvantages. Thus, sex trafficking is a critical health issue with broader social implications but doesn’t receive both the medical or legal attention it should because of the stigmatisation and criminalisation of sex work.

Therefore, our committee looks forward to supporting HERA and we intend to work alongside the HERA team in providing valuable skill building workshops to young girls and women, as well as assist in mentoring programs.

Change starts within you

To understand the many manifestations of this crime, men and women must strive to defeat the objectification and normalisation of violence towards women. We need to recognise that gendered lines of exploitation are delineated and are built upon the subordination and labour extortion of women.

Similarly, we need to combine individual action with pushing for systemic change to combat the oppressive structures and policies which continue to bolster a culture which thrives on the degradation of women.

Be bold for change…