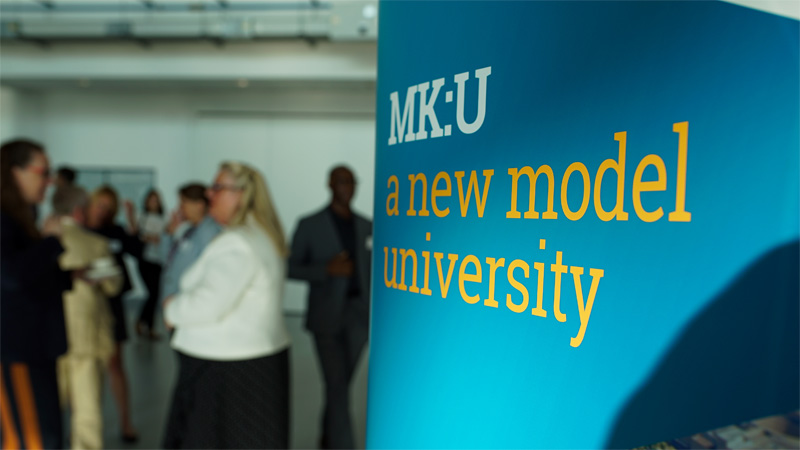 Today, the global security giant McAfee becomes the 100th member of the MK:U Business Supporters Group.  Together, we are a coalition that employs over 700,000 people in the UK alone. Our members span from world renowned companies like Arriva, Bosch, BT, Capita, Grant Thornton, Network Rail, PwC, Santander, Sainsburys and Tesco, through to smaller regional and local firms in and around Milton Keynes and the Oxford-Cambridge Arc.

But the thing that unites us all – and the reason we are in coalition – is that we recognize the need for a new, technical university in Milton Keynes, powering the city and the broader Arc region, and driving further economic growth.

The UK already faces skills shortages in fast growing fields such as cyber security, AI, robotics, and software development. Our firms are working on a daily basis to recruit and retain talent – competing on a global scale. The UK has an incredible opportunity to become a world leader in many of these technological fields, which will support further growth and jobs. The Oxford-Cambridge Arc is a natural hub for many of these cutting edge industries, and innovation that comes from the university research labs in this region. But as well as theoretical research, our companies need technically qualified and highly trained staff that can commercialize these innovations, and work in our companies to turn this theory into economic growth.

That is where the new university – MK:U- comes in. MK:U is planned to be a new model university for Milton Keynes, designed to meet urgent technological and skills gaps. The vision for the new, ground-breaking university is one that is hands-on, focused on a curriculum for the digital economy, and specifically addressing the employment needs of organisations such as our own.

MK:U has the potential to produce thousands of new STEM/digital graduates a year that are vital to the future of the UK economy. MK:U’s graduates will have the technological and digital skills UK companies need to compete in critical future industries. As well as traditional undergraduate provision it will offer accelerated degrees, shorter courses for mid-career professionals, and degree apprenticeships which will allow young people to study and work at the same time. It is modelled on world class technical universities such as those in the US, Germany, and Singapore.

We have been delighted to work closely over the past months with the local MPs for Milton Keynes; with Milton Keynes Council; with officials across Whitehall, and with our own business members, supporting Cranfield University in developing MK.U. Our view as businesses and employers could not be clearer. If the UK is to realise the economic potential of the Arc, and of these new digital industries, then we need MK.U to be approved and to open. We know that the proposal is being studied carefully in Whitehall in the run up to the Spending Review and we reiterate our strong and public support for this project.

On behalf of the 100 members of MKU Business Supporters Group