Homepage / UK ‘should be leading’ on drone safety

UK ‘should be leading’ on drone safety 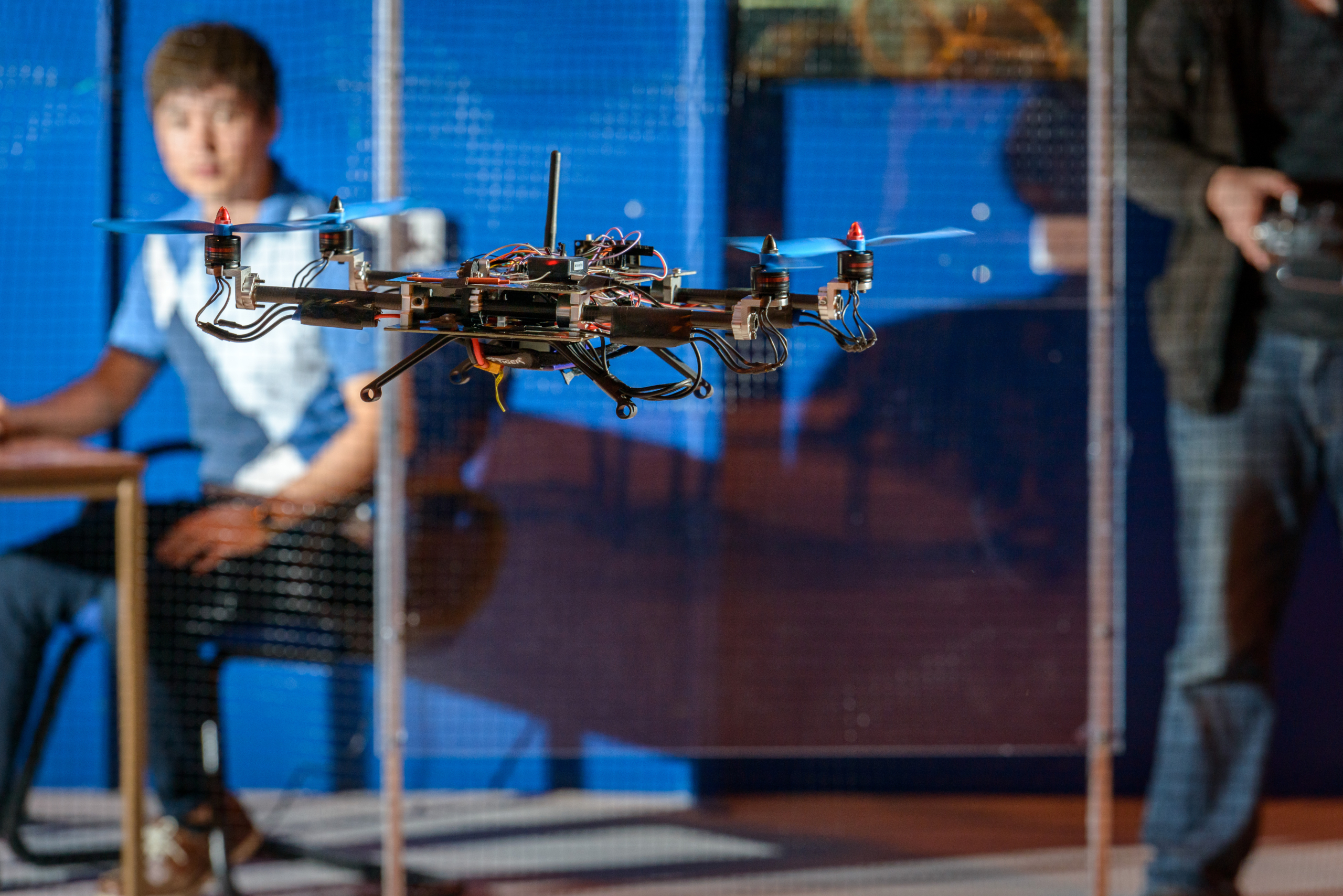 Our air traffic control systems run on the basis of principles which are now 60 years old. It’s no surprise then that the appearance of UAVs in our air space is seen as a serious and unmanageable threat to safety. UAVs straying into flightpaths are reported as major incidents, Japanese airports have started to use anti-UAV nets, a US technology firm is selling a ‘drone death-ray’.

There are some parallels with the motor car revolution of the early twentieth century. When the first cars appeared on our roads – hurtling along at unheard of speeds of over 20 mph, enthusiasts using a combination of bells, horns and code of hand signals – they were seen as a menace to the mainstream traffic of pedestrians and horse-drawn vehicles. A licensing system to identify drivers was introduced immediately in 1903, even though actual numbers were tiny, followed by the Highway Code in 1931 and the first driving tests and speed limits in 1935.

In our age the development of the technology is obviously moving much faster, driven by the interest of hobbyists and vast potential for useful applications in environmental monitoring, security and logistics. And while the first priority for airspace management always has to be public safety, there is also the responsibility to evolve in line with social change. Commercial development of UAV-based services may be tentative at this stage, limited by the current regulations on UAV use and low levels of R&D among small businesses, but we’re on the brink of a deluge of new UAV industries.

The UK should be leading on safety and how to integrate new technologies, not just looking for ways to swat them from the skies. Compared with a nation like the US, the UK is better placed to establish itself as a model with its single aviation authority and standard set of rules for one area of jurisdiction.

Working integration will mean an acceleration of the move towards more automation of air traffic control systems, reducing the reliance on human decision-making and capabilities in terms of managing situations involving multiple and varied type of aerial vehicles in unpredictable environmental conditions. Currently people are forced to deal with situations reactively – having, on average, a period of six minutes in which to make critical tactical decisions. Advances in Big Data processing and the introduction of more sophisticated analysis and decision-making tools will allow human staff to concentrate on strategic direction and allow for a busier, more complex use of airspace.

Countries like Norway and Sweden already have hundreds of low-use airfields where they’re introducing more virtual Air Traffic Control operations, and this is the future more widely for the UK and others to efficiently manage localised areas of air traffic outside the scope of the airports. Job roles in ATC will change from being focused around flight despatch to directing the overall processes, managing large networks – involving new management and technology knowledge and skills.

Ensuring safety will also demand a national licensing scheme, backed up by formal legislation and tough penalties for unlicensed and irresponsible activity, with every UAV needing to work above a set height or outside of particular limited areas, registered on a national database. UAVs will be trackable at all times, with the potential to be made inoperable if regulations aren’t respected. The range of practical uses for UAVs, especially as they become more accepted as part of everyday operations and services, means they are also going to be attractive for criminal activity. Police will need to play their part in ensuring there’s safe and responsible use of UAVs, as they do with motor vehicles. Police guidelines on dealing with dangerous UAV use highlights the struggle with anticipating the impact of new technologies, recommending that, rather than attempting to take over control of a rogue UAV, police officers should wait for its battery to run out. More officers in future will need to have a level of training in the safe operation of a UAV, to defuse any potential imminent dangers as quickly as possible and avoid any threats to public safety. The technology already exists for police or other authorities to override the controls of UAVs posing a threat, and this kind of management control is likely to form an important foundation for an integrated manned and unmanned airspace.