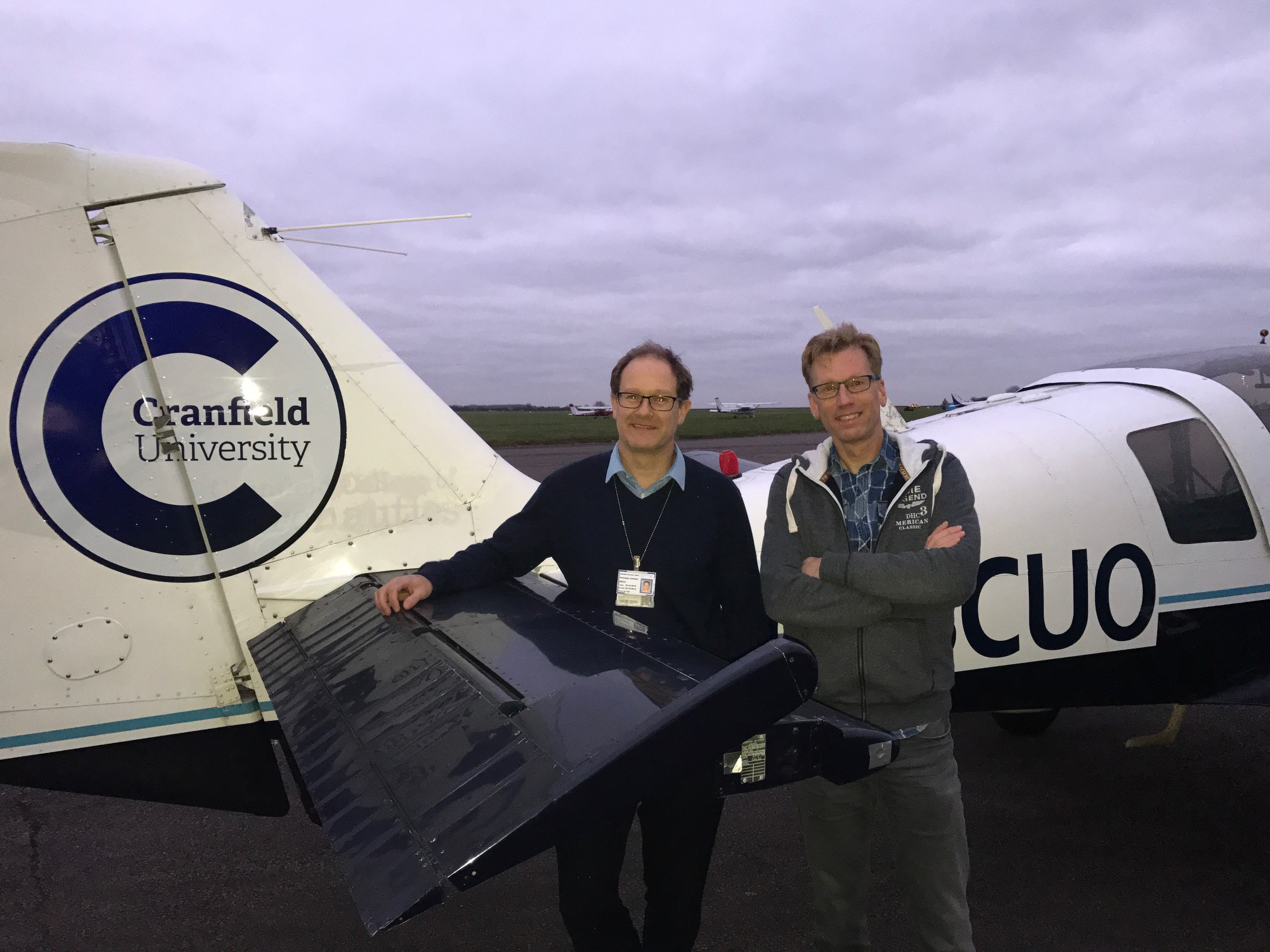 My research focuses on improving simulator technologies to reproduce unusual flight conditions which may lead to Loss Of Control In-flight when managed inappropriately. Airplane upsets, for example, such as an aerodynamic stall, can be highly startling to a flight crew because of their infrequent occurrence and the difficulty of practicing them in a simulator. Another example is degraded visual environments, which can cause spatial disorientation in pilots. For many years I have been carrying out this research at the Dutch research institute TNO, in close collaboration with the Royal Netherlands Air Force, as well as commercial aviation organisations, such as aircraft manufacturers and airlines. This year I have been invited by Professor Graham Braithwaite to provide lectures on pilot spatial disorientation and upset recovery at Cranfield, for students on the Air Accident Investigation course. In addition, I’m working with Professor Nick Lawson, the head of the National Flying Laboratory Centre, who recently assigned me as a Visiting Professor at Cranfield University.

I became interested in this research when I realized that human performance limitations are not always properly addressed in pilot training. An important reason for this is that common flight simulators are not able to reproduce the physical stressors to which pilots are being exposed in real-life flights: G-forces for example. As a consequence, most pilots learn about human factors issues through textbooks, without the opportunity to actually experience the effects. At TNO we have shown that the use of alternative training technologies, varying from a simple rotation chair to new-generation centrifuge-based flight simulators, can greatly improve the pilots’ understanding of their own response to spatial disorientation.  Because the aviation industry does not always have the required R&D capabilities, research organisations with adequate expertise and facilities, such as TNO and Cranfield University, can play an important role in investigating new simulator technologies.

My background is in human physiology. I received my PhD for research into the Space Adaptation Syndrome (SAS) in astronauts. SAS occurs during the first days in weightlessness, because of the altered stimulation of the vestibular system (i.e. the organ of balance in the inner ear). After my PhD I started studying spatial disorientation in pilots, which also is related to unusual stimulation of the vestibular system. My research helped to develop spatial disorientation training programs in specialized training devices, such as the Desdemona simulator. One research project is worth mentioning in particular, and that is “SUPRA”, or Simulation of Upset Recovery in Aviation. In this €4 million project, funded by the European Commission, we developed a unique and advanced aerodynamic model to reproduce the unstable behaviour of transport aircrafts at high angle of attack. Implemented in a flight simulator, this model enables pilots to practice upset recoveries which would be too risky in real flight.

My recent visit was related to a PhD research project which I supervise in collaboration with Delft Technical University. The project is named “Startle and surprise management in the cockpit”, and is being performed by PhD student Annemarie Landman. Together with Nick Lawson and flight instructor Richard Rogers, we prepared an in-flight study on spatial disorientation, or “the Leans”. Spatial disorientation is one of the factors that can take pilots by surprise. The results of this study will be used to validate TNO’s Spatial Disorientation Identification Tool, which is a mathematical model based on human motion perception, that predicts the likelihood of spatial disorientation in certain flight conditions. This tool supports air accident investigators to determine the possible role of spatial disorientation from recorded flight data.

This research contributes to better understanding of a pilot’s response to unusual flight conditions, which is important to improve training programs. This topic is high on the political agenda as aviation authorities are introducing new rules for Upset Prevention and Recovery Training (UPRT). For example, EASA (the European Aviation Safety Agency) published a set of requirements to update CRM training including the training of startle and surprise. I’m hopeful that our research may help the industry to find effective ways to comply with these rules.