Homepage / My student experience flight organised by the Cranfield National Flying Laboratory Centre, a truly once in a lifetime experience!

My student experience flight organised by the Cranfield National Flying Laboratory Centre, a truly once in a lifetime experience! 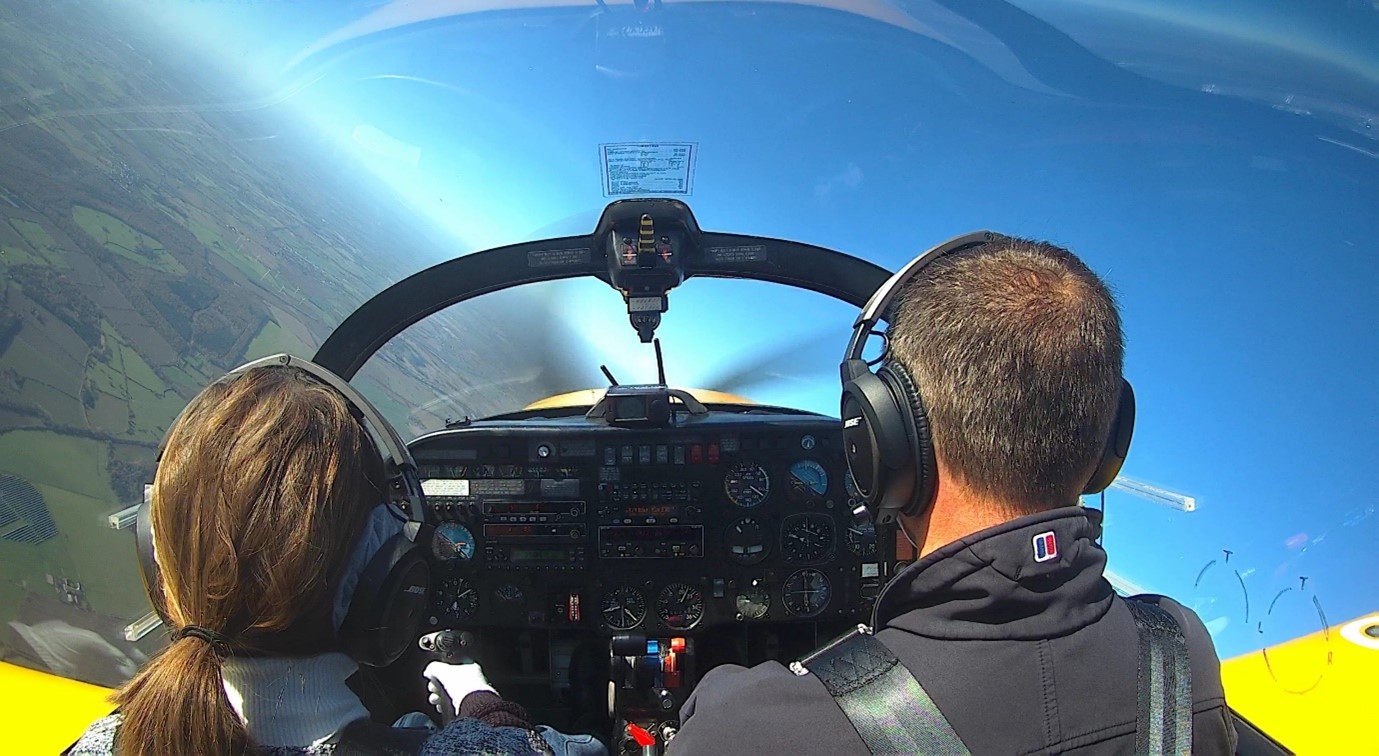 On the 4 November 2020, I had the amazing chance to participate in the student flight organised by the Cranfield National Flying Laboratory Centre, a truly once-in-a-lifetime experience! As an Air Transport Management MSc student, the flight was a great opportunity to gain a better understanding of the air transport operations module and other subjects I am currently studying, making me even more enthusiastic about my future career in the airline industry.

It was a sunny morning when I arrived at Cranfield airport for the pre-flight briefing. There I met the pilot, Peter Hughes, who explained to me the fundamental principles of flight, aerodynamics, and the aerobatics we would have later done. For me, it was the first time flying on a Slingsby T67 and I had never flown on such a small aircraft before.

After the pre-flight checks and an explanation of the main cockpit components, we were ready to contact the air traffic control tower to get the authorisation to start the aircraft. Just a few minutes later, we were taking-off! During the flight, I was given the amazing opportunity to fly the aircraft, even without any previous experience or knowledge. In addition, I experienced the effects of gravity on my body and spatial disorientation. Peter also taught me what to do in case of a stall, and we then moved on to aerobatics with a barrel roll. It surely was one of the most incredible adventures I have ever had!

At the end of the 45-minute flight, I learnt how to make an instrumental landing by following Peter’s guidance and the information displayed on an iPad. Learning how communications between the air traffic controllers and the pilots work was also great and very formative.

I would highly recommend the NFLC Student Experience Flight to anyone who has the chance to take part in it. It was an invaluable opportunity to get hands-on experience on the theoretical concepts learnt during the lectures, while having lots of fun!