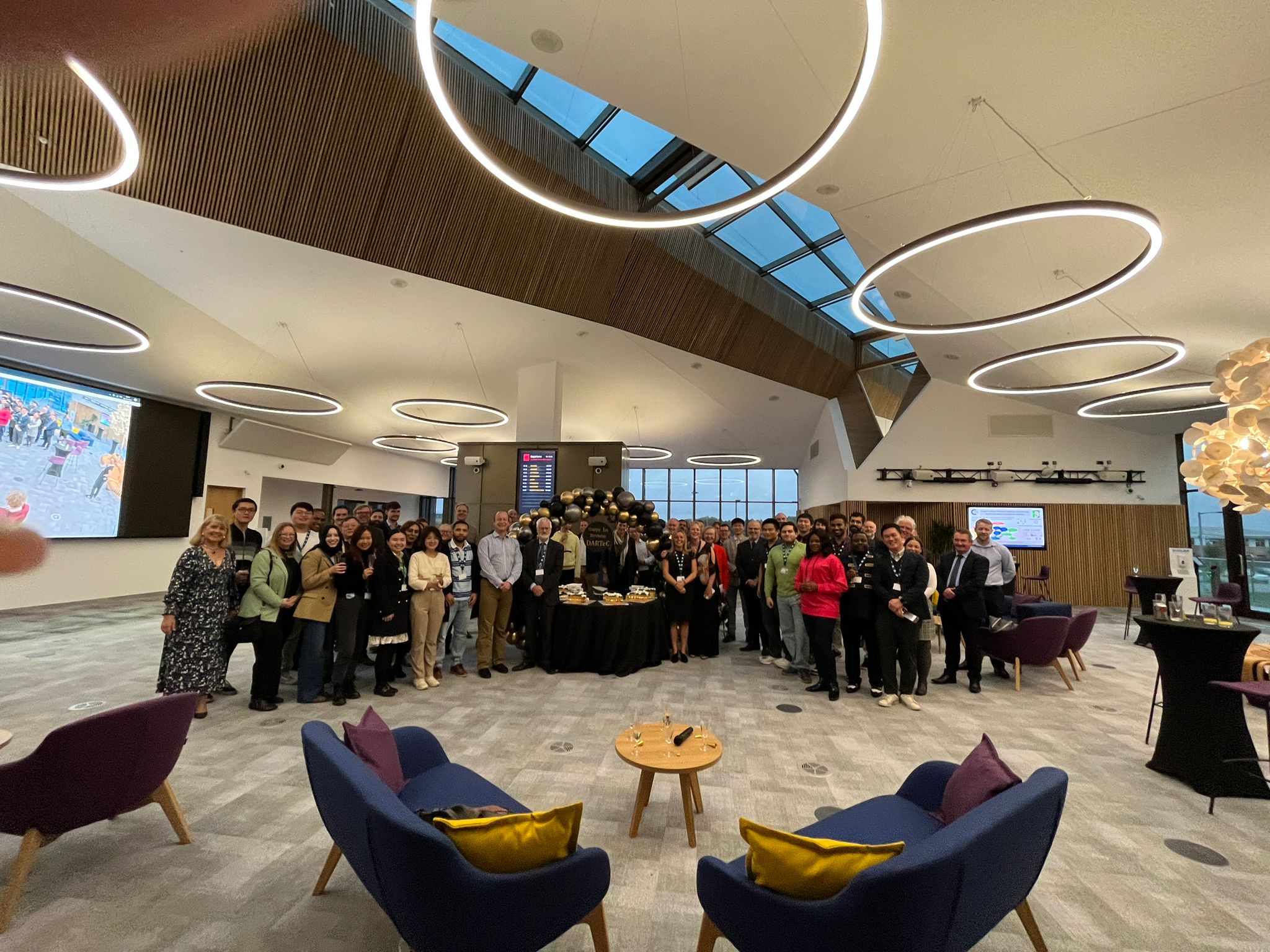 The challenges of the past few years with restrictions enforced by Covid-19 resonated across all of our University operations and developments. But amidst these restrictions, last summer, we were still able to mark a significant milestone for research at Cranfield, with the opening of the truly inspiring Digital Aviation Research and Technology Centre (DARTeC).

Now a landmark in the local area for its stunning design and known for incubating world-leading research, the building was officially opened in 2021 by the then Business Secretary, Kwasi Kwarteng – albeit with a very limited group of onlookers and supporters.

As the clouds from Covid-19 have truly begun to lift, the time was right – one year on from DARTeC opening – to recognise and celebrate all of the individuals and companies who were involved in the design and construction of the Centre. They worked incredibly hard through the most testing times to deliver the project and give Cranfield this new centre of excellence.

So to mark the anniversary, and thank all those involved, a first birthday party was organised! 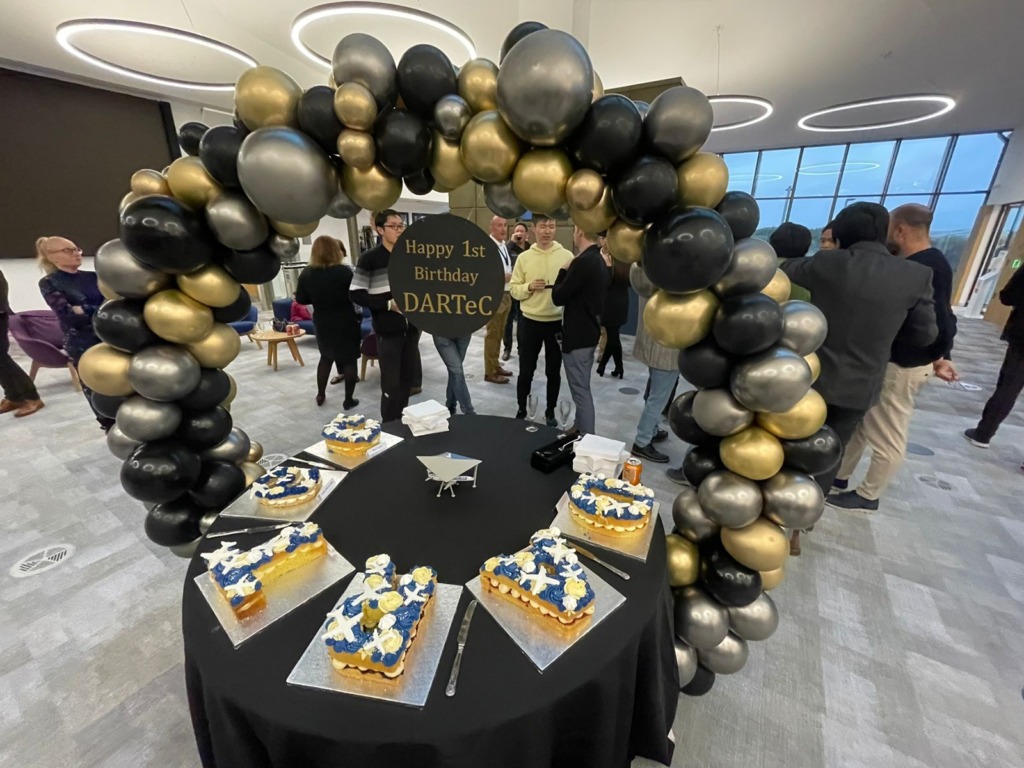 Thanks to the efforts of a team of University staff (you know who you are) over 60 guests all of whom had been or are currently involved with the Centre enjoyed food, balloons and the occasional glass or two all with the accompaniment of local musician Dave Wiggins.

Dame Professor Helen Atkinson kindly hosted the evening, welcoming all to the event and in particular recognising those from the design and construction teams both at Cranfield (Tracy Flynn, Head of Projects, and Chris Mason) and externally (Aidan Ridyard, Architect; Andy Culbert, Prime Contractor lead; and Alison Horton, Structural Contractor lead).

I was also honoured to be recognised for my role in the development of the original concept through to the Centre’s current operation.

The evening concluded with the cutting of the DARTeC cake and a promise to come back and celebrate the Centre’s achievements again next year!

About the Digital Aviation Research and Technology Centre (DARTeC)

DARTeC is playing a pivotal role in helping to define and develop the aircraft, airports, airlines and airspace management systems of the future, illustrating what is possible through the power of partnership and collaboration. The importance of digitalisation has never been greater for the global aviation industry and DARTeC is key to driving future research and innovations across industry critical issues, including sustainable aviation and the integration of Unmanned Aerial Vehicles (UAVs) into managed airspace.