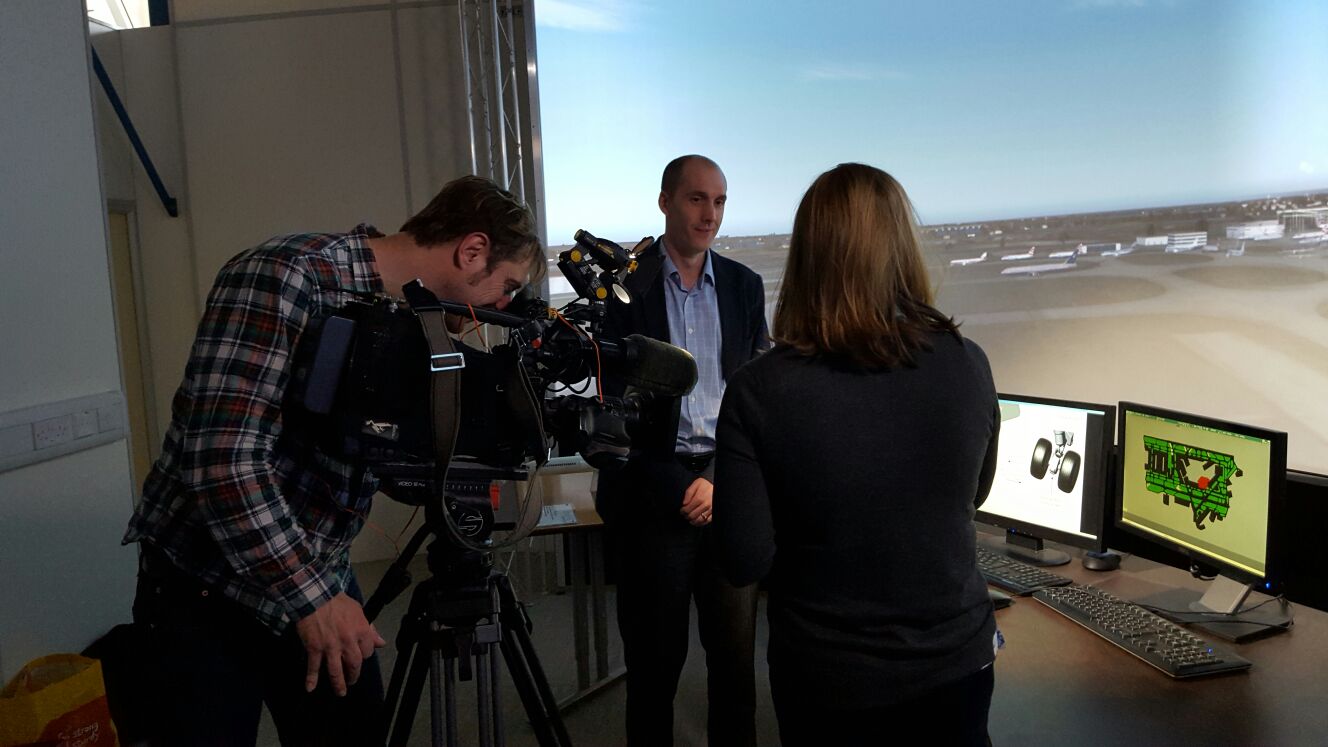 As part of the strategy of reducing its carbon footprint, easyJet, Europe’s leading airline, has unveiled plans for a revolutionary zero-emissions hydrogen fuel system for its aircraft which could save around 50,000 tonnes of fuel (and the associated CO2 emissions) every year. The airline has taken inspiration from some of our students here at Cranfield University, who were asked to develop ideas for what air travel might look like in twenty years’ time, as part of a competition to celebrate easyJet’s 20th birthday in last year.

Reducing emissions before take off

There are benefits to be gained from using electrically powered motors mounted on the main landing gear wheels for taxiing. There are several positive effects resulting from taxiing the aircraft in this way, instead of by the conventional method of running the main engines to produce thrust. These benefits include reduced noise, fuel-burn and CO2 emissions at the airport. This so-called Green Taxi System (GTS) is widely proposed to be powered by up-rating the aircraft’s existing Auxiliary Power Unit (APU) gas turbine.

However, this kind of GTS adds mass to the aircraft systems, and causes increased fuel burn in flight. Cranfield design studies have suggested that for a short haul aircraft (which spends a relatively high amount of the total mission taxiing), the fuel saving on the ground out-weights the extra fuel-burn in flight. Hence, a net fuel saving is possible and this warrants further investigation.

The next step would be to have a taxi system without any harmful emissions. Here, we could replace the APU with a fuel-cell, fed with hydrogen and oxygen to produce clean electricity, silently. Previous industry solutions have suggested that the APU could be replaced by a fuel cell, requiring major changes to the aircraft. This looks like a promising solution for the next generation of airliners, perhaps in the 2035 timeframe.

easyJet have proposed that rather than replacing the APU, an intermediate step can be taken by installing a fuel cell in a container in the cargo hold, to provide power when the aircraft is on the ground. This means that a zero emissions taxi system could be demonstrated in a much shorter timeframe. Low cost carriers like easyJet presently operate with relatively empty holds due to the preference for carry-on baggage over hold luggage. easyJet have today announced their commitment to taking this proposal forward, and I’m really looking forward to the prospect of collaborating on the project with the company and other potential partners.

Read more about the project at http://www.cranfield.ac.uk/About/Media-Centre/news-archive/news-2016/easyJet-reveals-concept-designs-for-hybrid-plane