Homepage / Behind closed doors – what really happens in the Accident Investigation Lab?

Behind closed doors – what really happens in the Accident Investigation Lab? 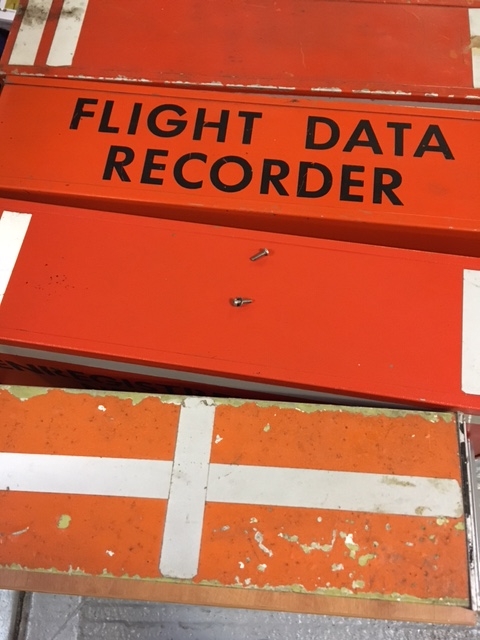 On a cold foggy January day about 60 Cranfield staff gathered for three visits to our Accident Investigation Lab. This was part of our new open doors staff tours initiative designed to allow university staff to see and hear about what goes on inside some of our facilities. The lab supports the work of the Safety and Accident Investigation Centre and is unique outside the US. It allows accident investigators to gain hands-on experience of dealing with real evidence, from a whole train carriage to smaller pieces of wreckage. Everything inside the lab was involved in a real accident, and for that reason, there are no photos of the wreckages to accompany this piece.

The lab can be found in an innocuous looking industrial building that I had never seen before on the outskirts of the campus. Outside there are the larger bits including a train carriage, a couple of boats and a Puma helicopter. I was surprised to see the train and the boats as I had not actually realised that our accident investigation work covers marine and rail, as well as air. Dr Matthew Greaves, Senior Lecturer in Accident Investigation and head of the Centre, was a very engaging and interesting speaker, and I found his insights into the world of human factors and safety investigation fascinating. The goal is not to assign blame, but to establish not only what happened, but why– what complex series of interacting factors led to the accident, so that steps can be taken to ensure that it won’t happen again.

It was sobering to think that people had lost their lives in many of the wreckages that we saw. Matthew gave us a flavour of the job of the accident investigator, who has to work quickly to piece together the complex series of events that lead to any accident. It costs £3,000 a minute to close the West Coast Mainline, and millions are lost when a runway is closed, so the perishable evidence, such as tracks in the ground and eye witness memories (although these are often unreliable), have to be captured quickly before wreckages can be removed and examined further.

We learnt that over the years the industry has fixed the simple stuff, like wings falling off aircraft, so that nowadays accidents are much more complex and are hardly ever the result of just one failure, but rather a series of failures such as human error, and in the checks and balances of the systems. He mentioned the ‘Swiss cheese model’: accidents happen when a series of unfortunate incidents all occur at the same time – the holes ‘line up’ and an accident gets through. Due to the work of accident investigators the statistic is one hull loss per 10 million flights – you are far more likely to come to harm on your journey to and from the airport than during the actual flight itself.

And did you know that a black box recorder is actually orange and covered in reflective strips? It makes sense as it makes it easier for it to be spotted underwater or in the dark. Once they are submerged in water they emit signals (‘pings’) for 30 days before the battery dies, so there is a race to track it down as soon as possible. Newer versions will signal for 90 days. The voice recorder itself can be misleading though, as what a person is saying is often not what they are thinking. There is now a move towards including image recorders too, but again, the motives behind actions can often be unclear.

It was great to find out a bit more about what goes on at our university. This tour was very popular and more are being organised, not just of this lab but of other facilities too, including our Operations Excellence virtual reality suite and our Crash Impact Centre, so keep an eye on the intranet announcements for updates.