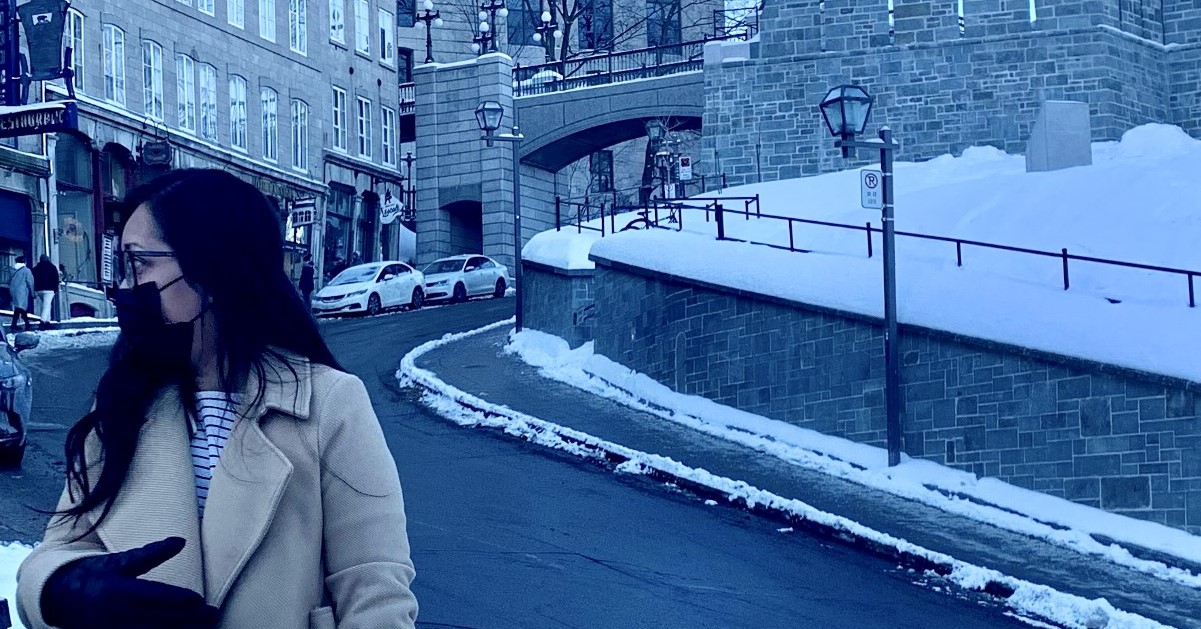 Rosida Ismail is an Air Transport Officer (Economic Policy) at the International Civil Aviation Organization in Montreal, Quebec, Canada. She graduated from Cranfield University with an MSc in Air Transport Management in 2012. Here, Rosida talks about what led her to Cranfield, her experience of studying here, and details her varied and exciting career so far, which has now taken her across the world.

What sparked your interest in the air transport industry?

I started my career by serving in Malaysia’s civil service as an Administrative and Diplomatic Officer. My first posting was to the Ministry of Transport, which later brought me to the Ministry’s Aviation Division.

On my first day of joining the Division, I attended a meeting where the team was extensively preparing for various multilateral air services negotiations that were scheduled in a few weeks’ time. During that meeting, I could not help but observe that the conversations were almost alien to me with jargon, concepts, and terminology that I never heard of! I felt fascinated by that and immediately found myself studying the ICAO Manual on the Regulation of International Air Transport (fast forward 15 years later and, in my capacity as an ICAO Air Transport Officer, I am tasked to update this manual from time to time!).

A few weeks later, I was tasked to my first air service negotiation, representing Malaysia to ASEAN-China Air Service Negotiation (China’s delegation was led by Dr Fang Liu, who later became ICAO’s Secretary General and from whom 15 years later I received the news that I was selected for a position I applied for at ICAO!). The initial experience that I gained through that negotiation had further sparked my curiosity and interest in this industry.

Why did you choose Cranfield?

Upon serving for almost three years in the Aviation Division, Ministry of Transport, I realised that I needed to upgrade my knowledge and skills to better serve my country. I realised at that point that although I had acquired some professional experiences, I personally felt incomplete as I was lacking academic perspective of the industry. Hence, I decided to pursue a master’s degree from no less than a renowned university in this area, to add merit to my professional background.

Cranfield has always been my first choice based on its reputation, the quality of the air transport management programme (in terms of its course content, duration of course and delivery methods), the overall learning experience offered (great campus life, dedicated support systems – library, IT, security, housing, and student associations) and reputable lecturers, most of whom are also authors of many of the aviation books that I always read.

How did you find the course? What were the highlights?

A couple of senior officers in the Civil Aviation Authority of Malaysia, who attended the course years before, introduced me to the course and I obtained more details of the course though Cranfield’s website. The major highlight for me at that point was the content of the course, which was current, intriguing, and relevant to the real operation and working world of the air transport industry. It allows me to implement the knowledge in my professional duty. 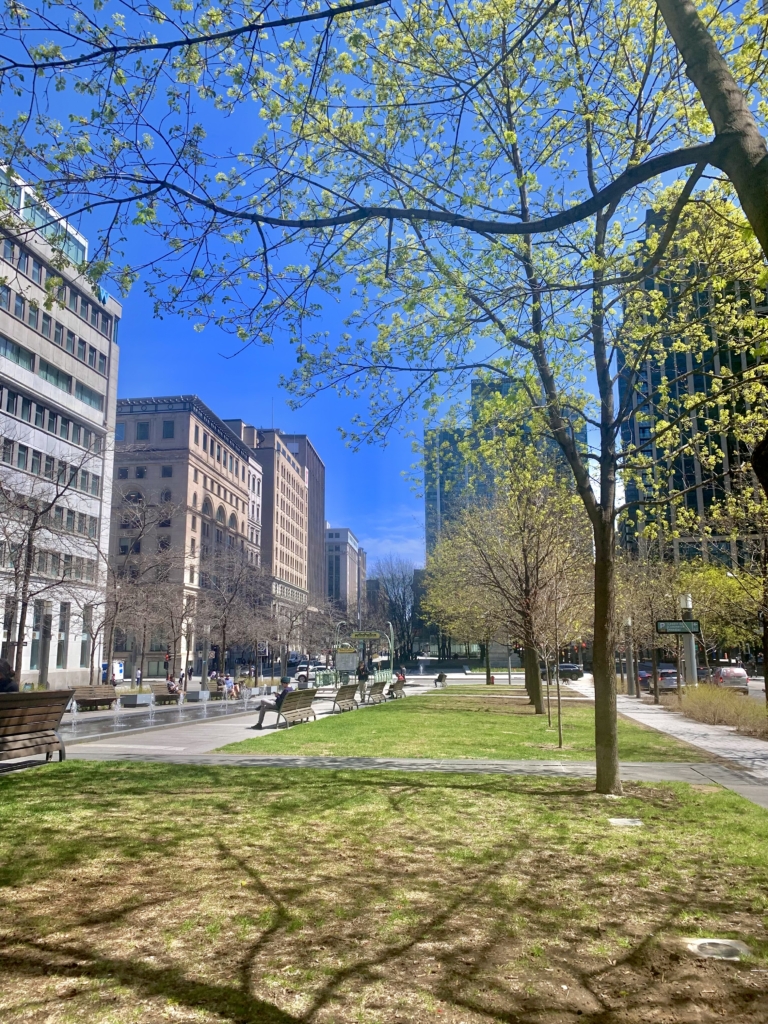 What has your career path been since graduating?

Upon completing my study at Cranfield, I returned to Malaysia’s civil service, and was posted to the Ministry of Foreign Affairs for a few years. Later, I was seconded by the Government of Malaysia to assist with the establishment of the first economic regulator of civil aviation in Malaysia: the Malaysian Aviation Commission (MAVCOM).

After spending five years with MAVCOM, I decided to pursue a new challenge and joined a cargo airline – Raya Airways – as their Head of Government Affairs.

Unfortunately, it was just a short stint; as in August 2021, I found myself relocating to the other side of the globe by joining the ICAO in Montreal as the Air Transport Officer (Economic Policy).

What does a typical week look like for you?

A typical week would involve a healthy dose of work and personal care and improvement. I try as much as I can to maintain a healthy balance between both.

On weekdays, I focus on the planned schedules as much as I can while providing room for ad-hoc urgent matters (which are bound to pop up from time to time). I enjoy multitasking and challenging myself to accomplish beyond my target for each week.

My weekend used to be filled with various fixed routines, which include attending Aikido classes and going to swimming club for training. However, the COVID-19 pandemic forced these to be put on hold. With the recovery progress made so far, I am looking forward to resuming these routines in Montreal. 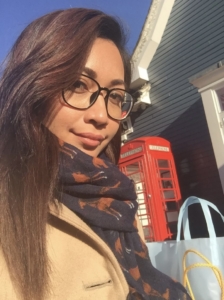 It has been a challenging time for the aviation industry. How have you been impacted professionally?

It was devastating to witness the unprecedented impact of the pandemic on my aviation industry colleagues around the world. Many found themselves adjusting to circumstances in order to survive. The situation brought a new perspective on this industry to me, personally and professionally. It taught me to always consider the long-term impact and safeguarding measures in my thinking and decision-making process. As you can see, I may not be severely impacted by this pandemic for now, but I might be lucky this time and no one could guarantee that I might still be lucky the next time. Hence, safeguarding measures are pertinent.

What would you say to someone who wants to work in the air transport industry?

Be ready to be fascinated! To have an exciting career, one should always be ready to embark on continuous self-improvement in terms of knowledge, skills, and other soft skills. A prominent aviation figure once told me: “Once you’re in aviation, even if you leave, you will always find a way to return” because “there’s never a dull moment in aviation.”

What do you think the future holds for the aviation industry?

With advancements in technology, the aviation industry will certainly continue to play a significant role in the global economy and socially, at the very least. However, this would also require a more enabling regulatory framework that balances the need to protect consumer rights and industry competitiveness. As of today, the aviation industry is recognised as one of the heaviest regulated industries in comparison to other industries such as telecommunications and banking. Maximising the true potential of aviation in the future would require an accommodating regulatory regime.

Is there anything else we should know about you?

I do hope to see more girls and women participating in the air transport industry, especially in the field of aero-political. Aviation should be open to all, just like any other industry such as medicine and education.