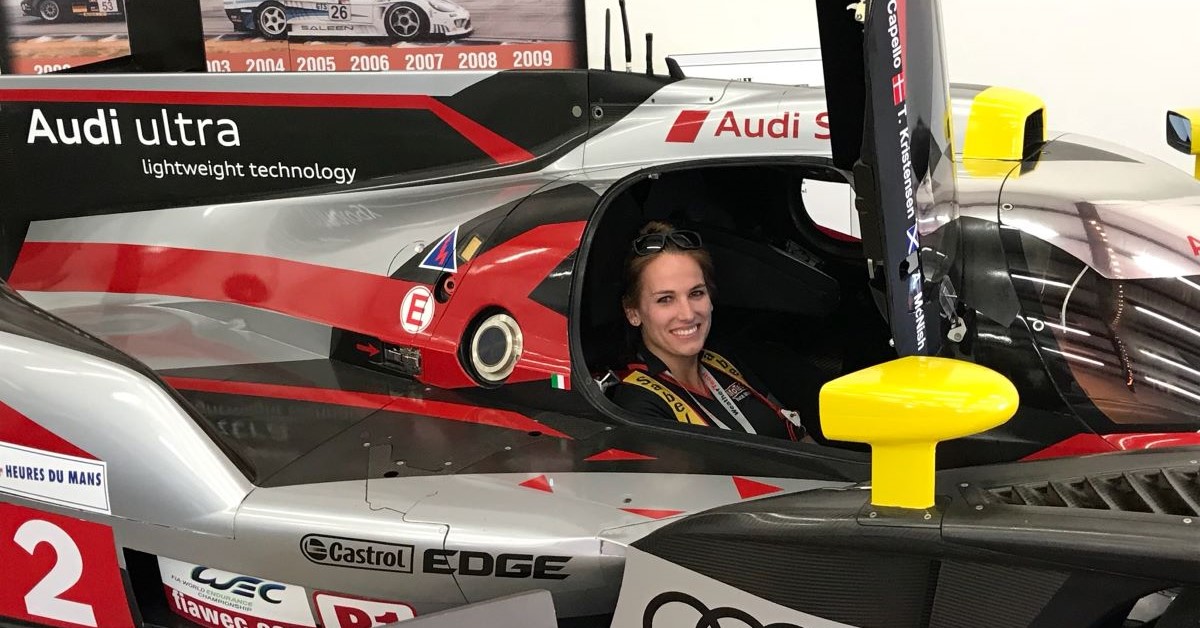 Hannah Westbrook will complete the Advanced Motorsport Mechatronics MSc later this year. In this blog post, she talks about what sparked her love of motorsport, her experience studying at Cranfield, the career doors it opened for her, and how she balances work and parenting.

When I was growing up, my dad was an electrical engineer, so I was always involved in helping him and tinkering around with things. For my 7th birthday, I got an electric guitar, but I didn’t have an amplifier, so my dad actually helped me build one. It was amazing and I really got into electronics from that.

During high school, I got more into following motorsport in general and understanding it. Then, at college, I took part in Formula SAE (Society of Automotive Engineers), in which you build a race car and compete against other colleges. I loved designing the electronics, putting them together, and actually seeing them in practice on a race car, making it go fast. From then on, I was hooked and that was exactly what I wanted to do. I simply didn’t want to do anything else.

The road to Cranfield

I graduated from university with a bachelor’s degree back in 2012 and spent almost nine years working at MoTeC USA, which is an electronics racing company based in North Carolina, USA. While I was there, I got to do a lot of different jobs and learn a lot about various aspects of racing, but I really wanted to develop more skills on the controls/ mechatronics side of things.

I had a friend who previously went to Cranfield, and they talked to me about the course and how amazing it was and how it would really be a good stepping-stone for developing new skills and to acquire a lot of good contacts. Also, I was born in the UK – I moved to the US when I was five and I’ve always wanted to come back and live in the UK, so it seemed like a good opportunity to do so. 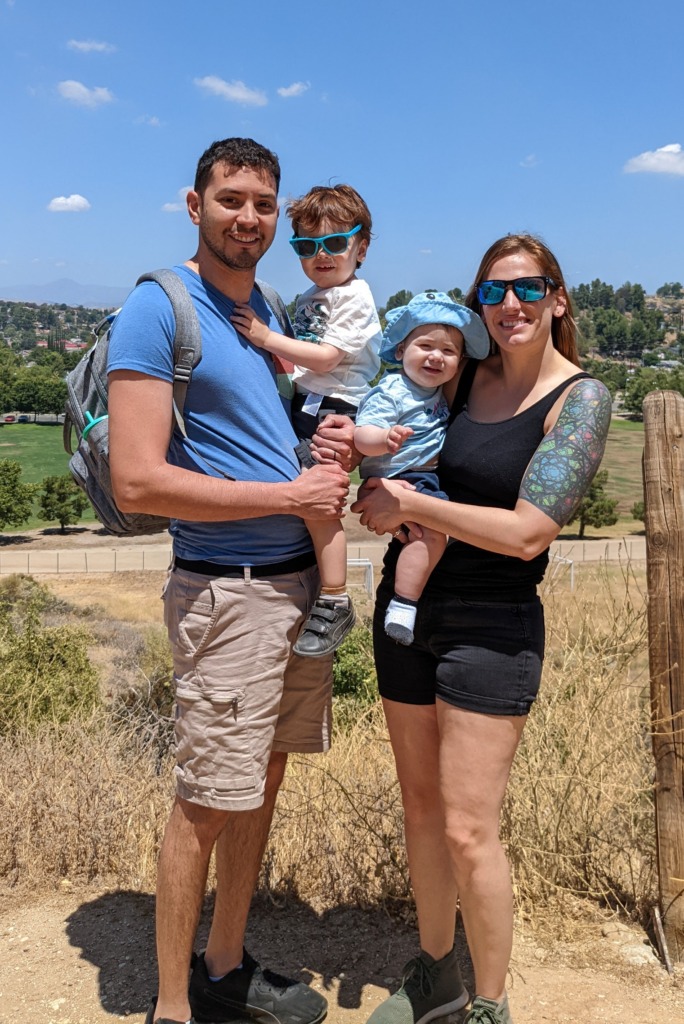 So, I applied for the Advanced Motorsport Mechatronics MSc course and was accepted to start in 2019. However, I had to defer because I was pregnant with my first child, who was born in 2020. Instead, I started in 2021, which did mean I was able to experience face-to-face teaching, in the wake of the COVID-19 pandemic.

The course was challenging and a different set-up to what I have been used to – a week of lectures, followed by a week of working on a project or studying for an exam. I really enjoyed how in-depth the course goes and learning more about how to use MATLAB and Simulink, for example.

As a mother to two young children, completing my MSc involved a good deal of time management but, luckily, they were both in day care during the day, so that gave me the time to really focus on my work. Then I could get home, spend a couple of hours with them, put them to bed, and then carry on with my work if I needed to.

Outside of my studies, I used the campus gym a lot. In general, I really liked the atmosphere, and the classrooms were really good, as were the resources that you have for all the different programmes – in particular, the software available was really helpful for the group design project and my thesis. The people I worked with were great and Clive Temple is awesome – I reached out to him on so many occasions and he was really responsive and helpful. In fact, all the staff were accessible; they’re all super busy but they all made time for us to ask questions and helped us to move forward with our different processes.

Life and work after studying at Cranfield

Having a master’s and coming to Cranfield definitely allowed me to apply for positions that I wouldn’t have been considered for before. I have recently started a position, based in California, with Honda Performance Development, as a senior electronics engineer, leading their applications group (I am undertaking my thesis project alongside them). Having previously worked as an applications engineer, I’m looking forward to taking on a more senior role. Honda is growing as a company, particularly in the hybrid department, which is an area I’ve become more interested in since coming to Cranfield, so it will be really exciting to get involved in that.

I definitely think hybrid and electric vehicles are going to become a bigger and bigger thing, and basically every racing series is now adding some kind of hybrid component – from IMSA, to IndyCar, to NASCAR. There’s also the trend to look at different fuels, so I think we will see that in the future – how can we get emissions down and be more sustainable? I think sustainability is the big word nowadays for more and more sports.

As a woman in the motorsport industry, things are starting to change. When I was first hired after completing my bachelor’s degree, back in 2012, I was the first female engineer that they had ever hired. Then when I first worked on the racetrack, there were not really many female engineers around, but that has changed over the years – I see more and women working on the racetracks as engineers, and I’ve also seen female tyre changers and mechanics too. It’s been really interesting to see that progress, but I think we are still a long way off 50/50 representation.