A week in Granada, studying our Cross Cultural Management module

When we started off our MSc Management course back in September, our course director Professor Dickmann introduced us to this unique module ‘Cross-Cultural Management’ in which the students who opt for it travel to Granada, Spain for a week and they are a part of University of Granada. Literally everyone’s eyes lit up. We knew this one week would be an amazing experience away from Cranfield.

And so the day arrived when the cohort set off for the flight to Spain. But of course, you need food before anything else. So we took over Luton airport for a sumptuous meal before our travel. By the way, if you are looking for the best pizza in UK look no further than Bella Italia (unpaid advertisement!) 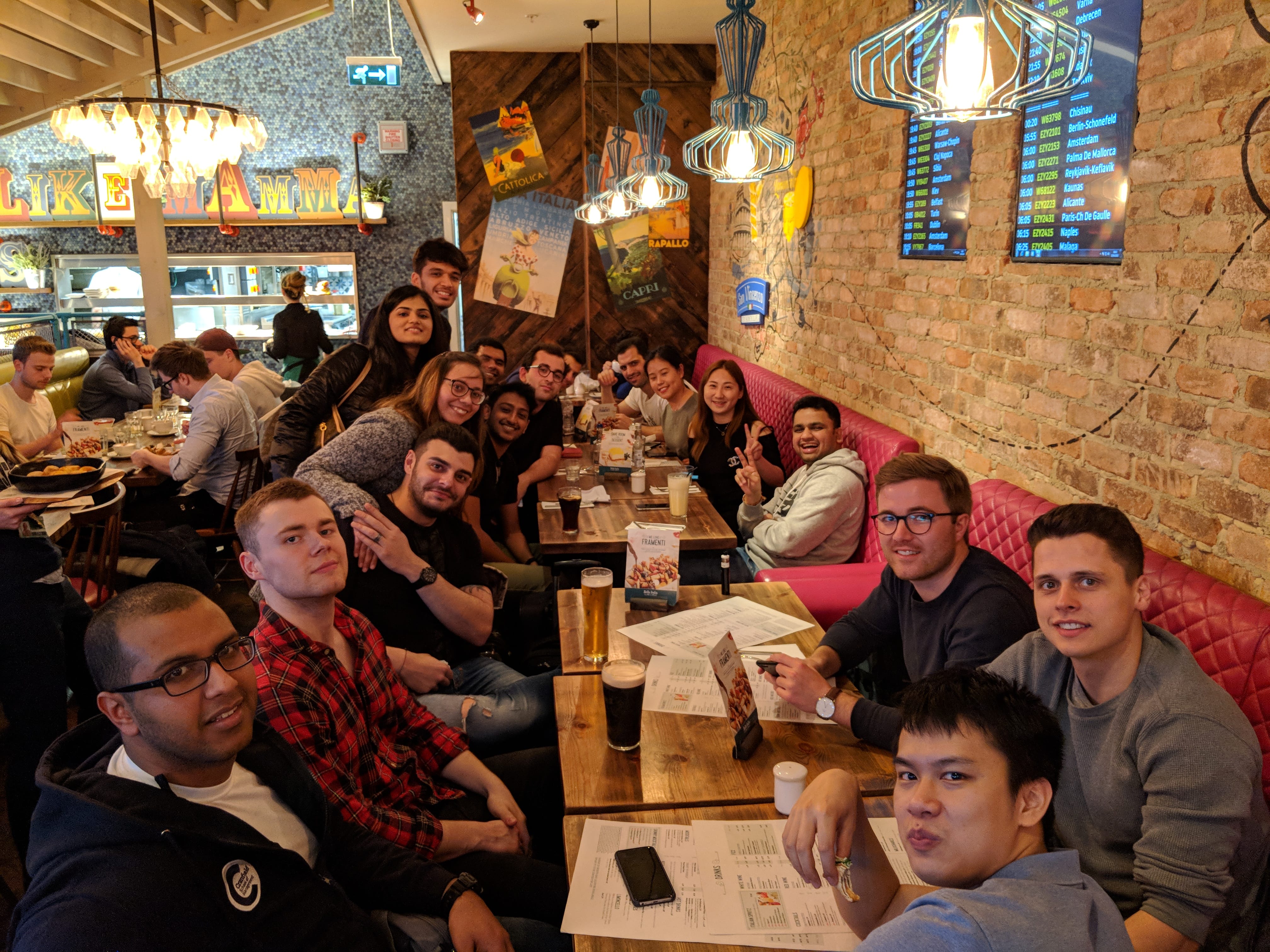 We arrived in Spain at 4am in the morning and we were very tired. Even though our accommodation was a really beautiful monastery, the only thing on our mind was to sleep and so we did. The next day we woke up to the Spanish sun. You’ll understand the importance of a day in the bright sun if you are in UK! We strolled to our class in the language department of university where we met our Spanish guide. She was so full of energy that the people who were still drowsy woke up to her Spanish dialect. We learnt about which parts of Spain form “Andalusia” and how the country is still suffering the effects of the financial crisis that happened back in 2008. Apart from that, she also introduced us to bull fighting, the tomatina festival and the traditional Spanish tap dance “Flamenco“.

Once the introduction was over, we set off for the main attraction of Granada. The Alhambra. A UNESCO world heritage site for which this place is well-known. But little did we know about the climb up to that place. However, the view we saw from the top made up for our efforts. Isn’t it amazing? 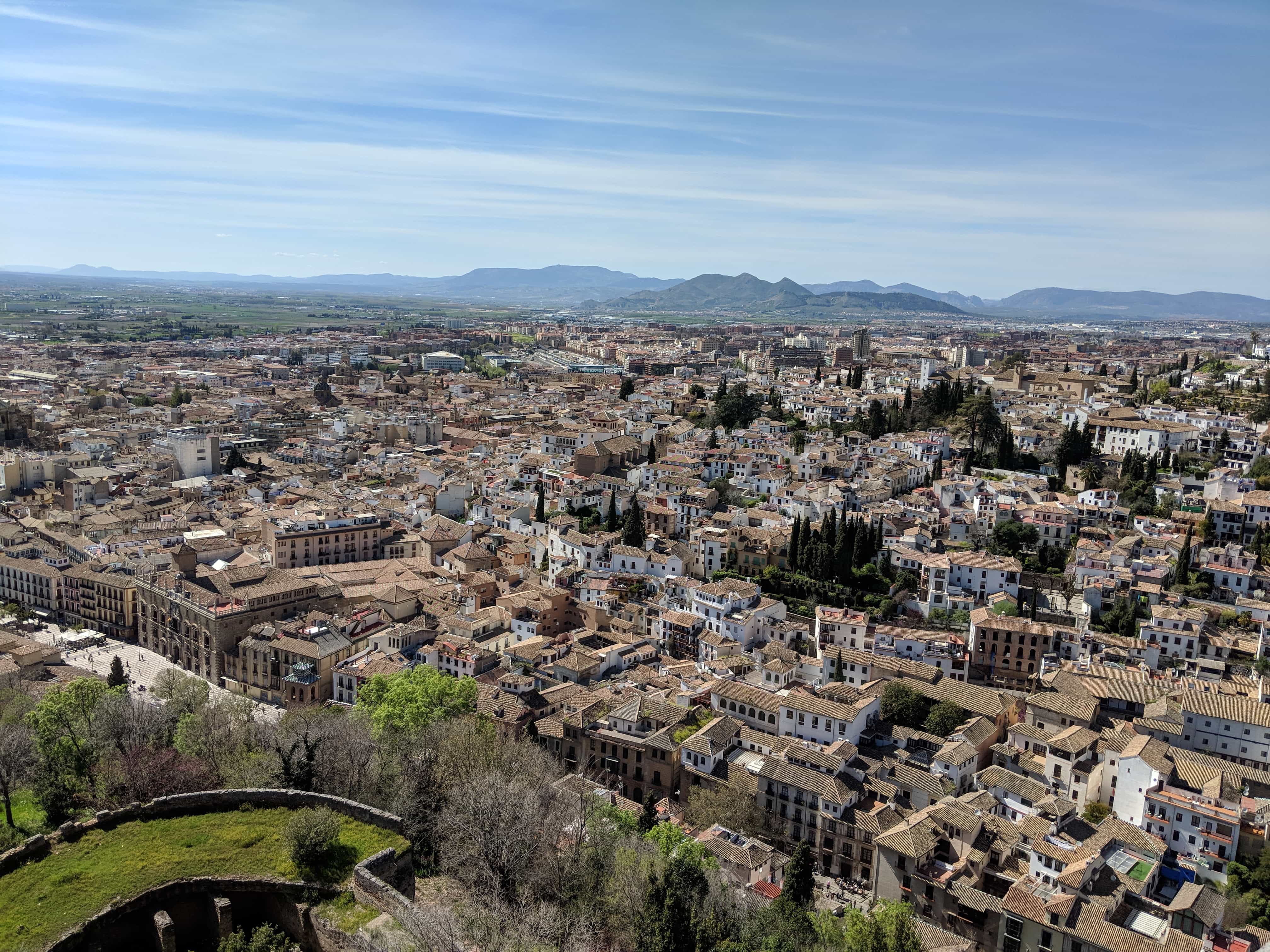 After a pretty eventful day at the Alhambra, we decided to take rest and prepare for the next day. Did I mention about the food in Spain? Normally hostel food isn’t known be that good. But the food we had at our accommodation was mouthwatering. You better believe it and of course the paellas. Delicioso!

The next day began with some serious studies where we learnt about ‘Change Management’ as well as the differences among our own nationalities, during which each team had to talk about how their culture is different from the Spanish culture. It was intriguing to hear about how people in China work, and how different it is from the Italian culture of work, for example. Professor Dickmann chipped in with his thoughts about how we can manage a cultural change in our life if we have to live as an expat working in another country. We are so used to projectors and lecture rooms at Cranfield, outdoor classes under the sun felt like a welcome change. 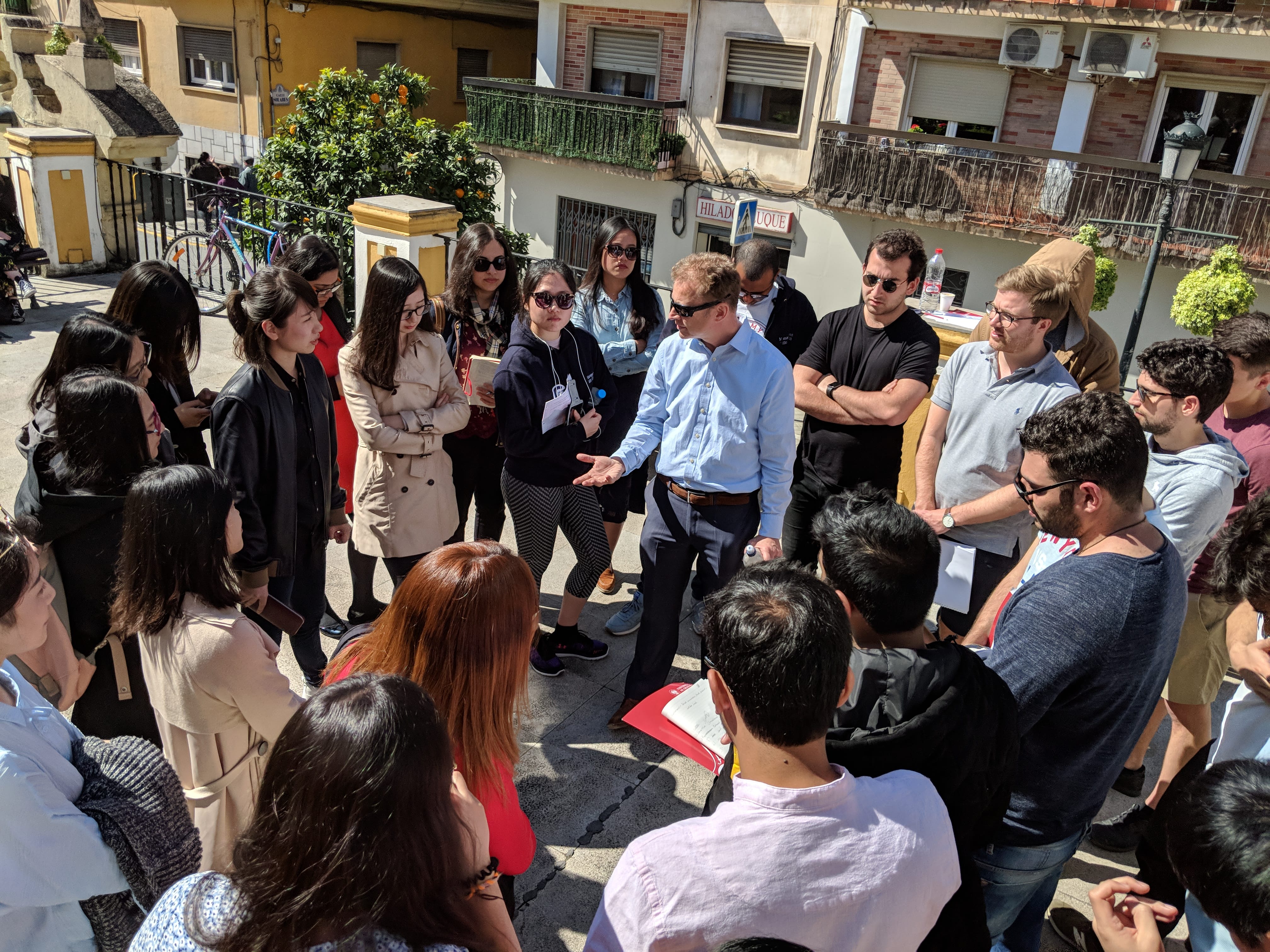 Once the class was over, we had the day to ourselves. So we divided ourselves into groups based on what we felt we needed to do and set off to explore Granada. Some of the students hired a bike, some of the students went shopping, some went to see the bull-fighting arena and others just decided to take a stroll down the city. As far as I am concerned, I went to have churros with hot chocolate. I’m in love with any place that offers good food and this was some of the best food I’ve ever had. And it was cheap! Even though the sun had set, no-one bothered to come back to the accommodation because there was so much to explore. Who wants to go home when you are in the midst of a place like this? 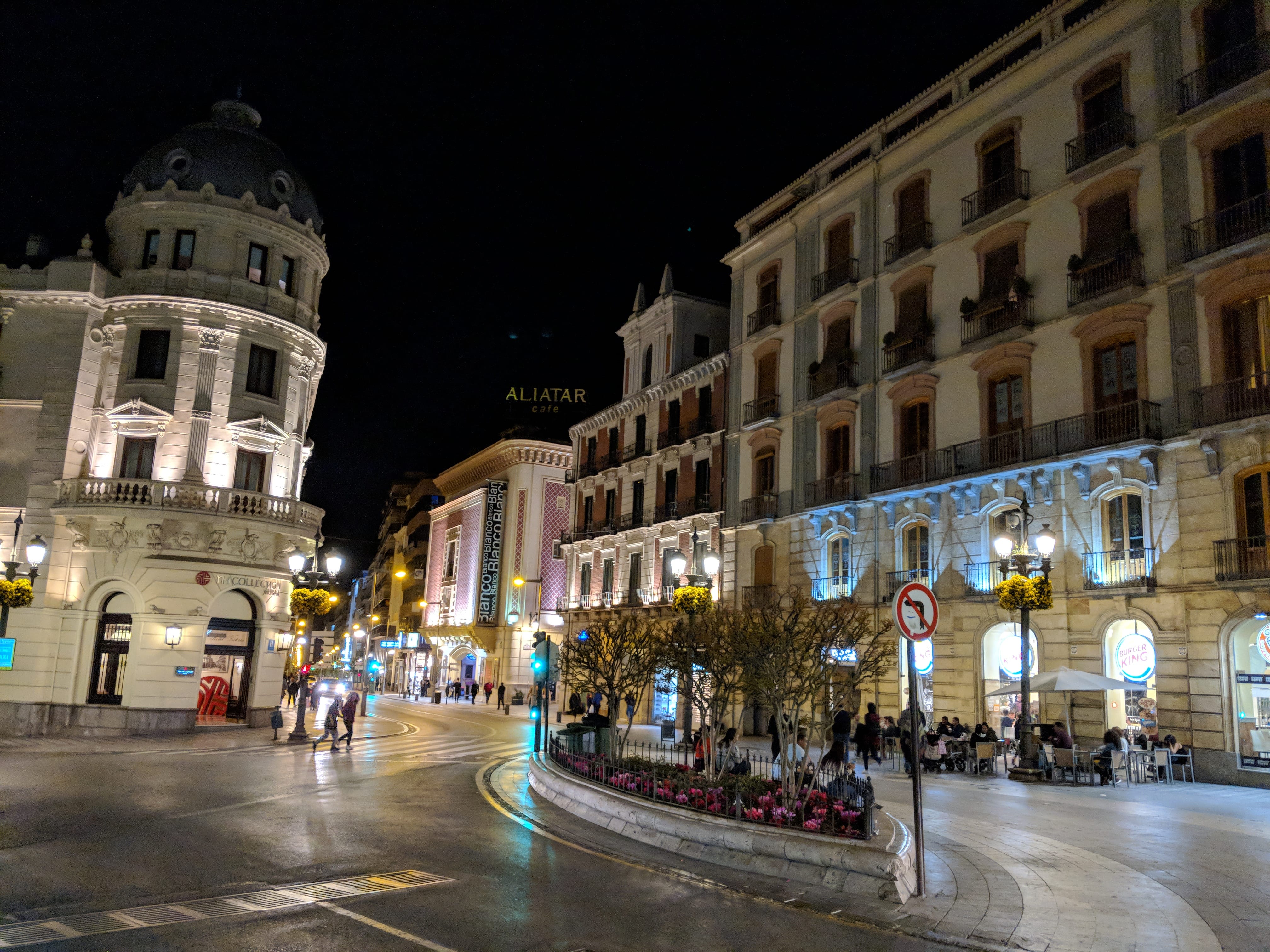 Five days in Granada flashed by and honestly speaking, no-one wanted to rush back to Cranfield. The pictures speak louder than words. We wish we could have spent a lot more time in Spain but we realized that we are not on a holiday and we also had an assignment to complete on the topics that we covered while being in Granada. To sum it up, this trip brought us closer than ever. People who never spoke with each other got to know more about their culture and a mutual respect was evident once we came together as one even though we were eight different nationalities. We became more aware of the different cultures among our peers and we learnt how to react differently to situations in order to understand a person’s action who is from a different culture. To finish things off, we posed for a group photo which will remain as a memory for as long as we live. 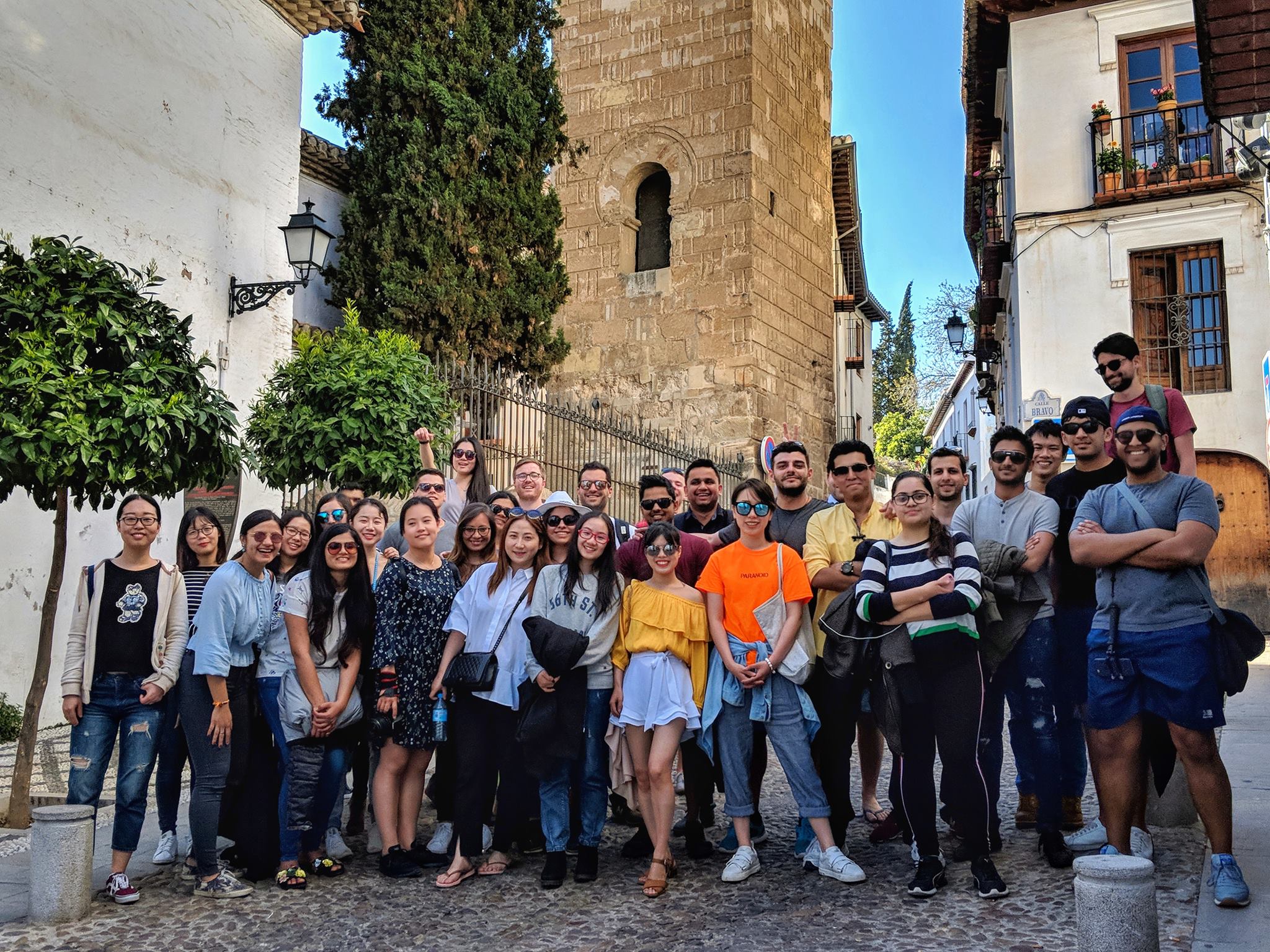 Next Post
Systematic Literature Review – Where do I begin?

On the hunt for ESG data and don’t know where to start? Make Bloomberg your