Homepage / What happens in the first few months of the Cranfield MBA?

What happens in the first few months of the Cranfield MBA? 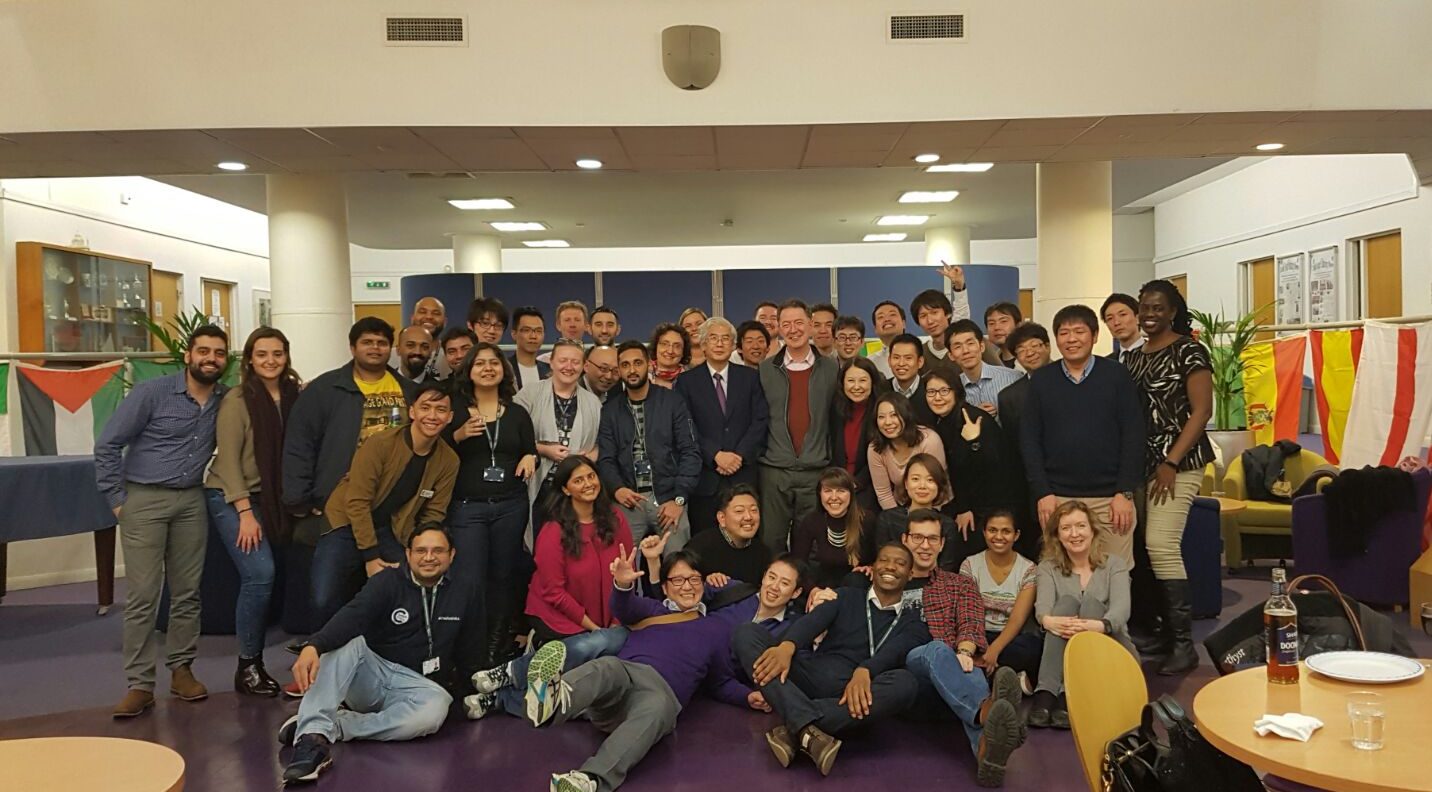 My first degree was in chemistry and chemical engineering and most recently I had been working as a Design Engineer in the oil and gas industry in Glasgow, Scotland. After a few years I felt I had accomplished most of my goals in what I was doing, which, as it turned out, coincided with a particularly quiet time in the industry. Continued employment prospects looked a little shaky and it felt like the right time in my life to take an MBA course.

I had been to Cranfield for a technical short course around three years before I started seriously looking in to my MBA options. I held the university in quite high esteem and so I came along to an open day before applying in 2015. At the open day I found an interesting group of people and a very persuasive lecturer!

Like most people thinking of an MBA, funding was a concern. Fortunately for me, I applied to start the course in what is the School of Management’s 50th anniversary year – and to celebrate they were offering a number of celebratory scholarships, and I am one of the lucky recipients.

I went through the application and interview process, but kept working right up until the week before the course began. I then moved down from Scotland to live on campus in Cranfield. From the moment I arrived, life has been very busy indeed – my expectations were that it would be busy and these have definitely been met!

So, on to the MBA itself! It’s an incredibly multi-disciplinary course, which means it is great for learning what you’re good at (and what you’re not good at!) I think having spent time in the workforce helps me to understand the relevance and importance of all the subjects we study. The group isn’t too big, which is a real bonus. It means the class size is manageable and the more introverted individuals amongst us don’t feel lost in the crowd. The class size and the slightly remote locations means we have bonded together strongly and that people are open and relaxed and comfortable expressing their opinions, which I believe is crucial for getting the most out of an MBA.

One of the most useful and enlightening experiences so far was the ‘Leadership Week’ activity. It’s a week of mock meetings, where you are challenged by different situations and different personalities, to see how you react. You spend time preparing for the meetings beforehand and then dissecting them and your behaviour afterwards, with the help of professional facilitators from the Cranfield Centre for Customised Executive Development.

It entailed working in groups to enact the meeting, which was based around a fictional scenario – for example, when senior management are looking to change company culture – each of us would take turns in ‘playing’ different roles. Beforehand we were briefed on ‘character’ we would play and other ‘players’ would throw various challenges up at the ‘main character’, who was then assessed afterwards. I have to be honest, it wasn’t something I was expecting to enjoy, and at first I was cynical and considered it a ‘make believe’ exercise – but the analysis afterwards was incredibly useful and interesting!

I learned that I was able to notice the issue as they arose, and that I am good at observing but not necessarily processing in real time. I recognised afterwards that I wasn’t adapting in the most optimal way to the situation. Once we had each identified where we needed to improve, we learned some simple strategies on how to cope in challenging meetings – which will no doubt come in useful for many years to come!

All work and no play makes for a very dull group of MBAs, so I’m pleased to report that the social side of the MBA is great too. Burns Night was the one of the recent standout events. We held a traditional dinner in Mitchell Hall, which followed on from games in the sports hall. All in all we had about 60 people there with guests from Aston University. Here are some photos:

The sports afternoon was good-natured and after a break to get showered and changed, we gathered in Mitchell Hall to eat. We arrived to an immaculate formal table setting, where we were welcomed by the social committee. And then the big event – the introduction of the haggis to the room with bagpipes!  We ate a pretty substantial meal, followed by speeches and the traditional Burns Night format of a toast to the haggis, good-humoured toast to the lassies (females), and replies to the toast (directed to the males). Then we tried reel dancing, instructed by professional tutor, which was great fun – similar to the ceilidhs I’d seen in Scotland.

These types of events make a big difference as they are a great opportunity to bring people together in a relaxed manner. There are so many different nationalities on the course and gathering together gives us a chance to share experiences, culture and traditions from the UK and all over the world. I’ve read many things about the value of an MBA, but developing this kind of global network and international outlook is one of the most worthwhile aspects – and the relaxed Bedfordshire countryside location with easy city access fits well for someone that grew up in New Zealand and more recently lived in the city centres of Glasgow and London!

> Find out more about the Cranfield MBA course…