Homepage / Day two of our study tour to Thailand: dinner and drinks!

Day two of our study tour to Thailand: dinner and drinks! 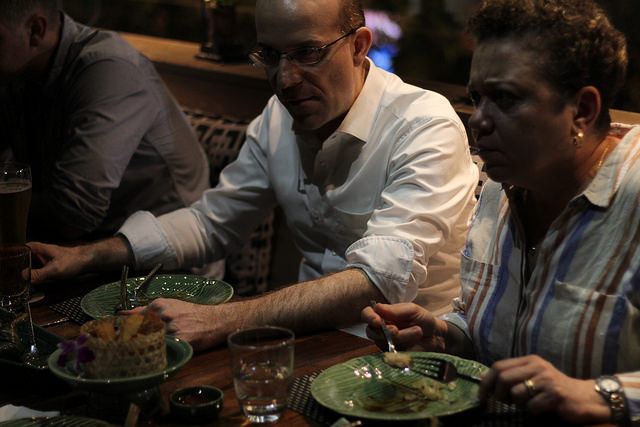 After finishing at Henkel slightly later than anticipated, we didn’t have quite enough time to get across the city. Ever the professionals, the only appropriate solution was of course to find a bar, where we could “analyse the day” with a refreshing beverage in hand. A Japanese themed bar in Central World – conveniently located next to our dinner destination – was able to provide us with the necessary pitchers of “fuel” that ensured that we had enough energy to analyse the talking points of the day.

Due to our highly effective operational planning, the close proximity to our destination enabled us to efficiently stumble our way across the plaza to meet some Cranfield alumni, who were due to take us around the next day at the Siam Cement Group, as well as the President of Henkel, Erik Edelmann, who had provided such an interesting introduction to Henkel just a few hours before.

The restaurant itself, Apinara, was far more elegant than the majority of its new guests, however, since Conor had already procured some clothing that covered his knees and Wei single-handedly increases our average level of stylishness, we were admitted to the restaurant and taken to our exclusive table.

The food itself was delicious and was essentially a modern twist on traditional Thai dishes. We had a set menu, which gave us an opportunity to sample a variety of dishes, many of which we had never had before. There were a couple of moments of surprisingly high levels of concealed spice that certainly raised the temperature, however, we had already discovered that the most appropriate antidote for the heat had already been liberally poured into the glasses in front of us. 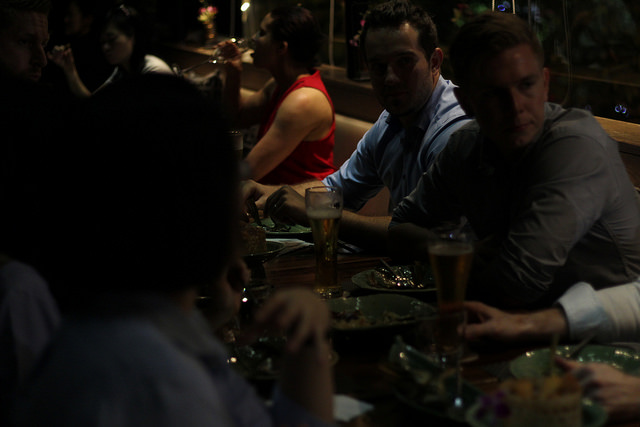 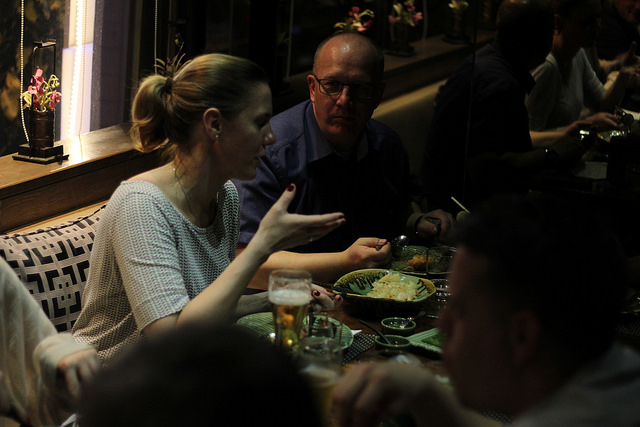