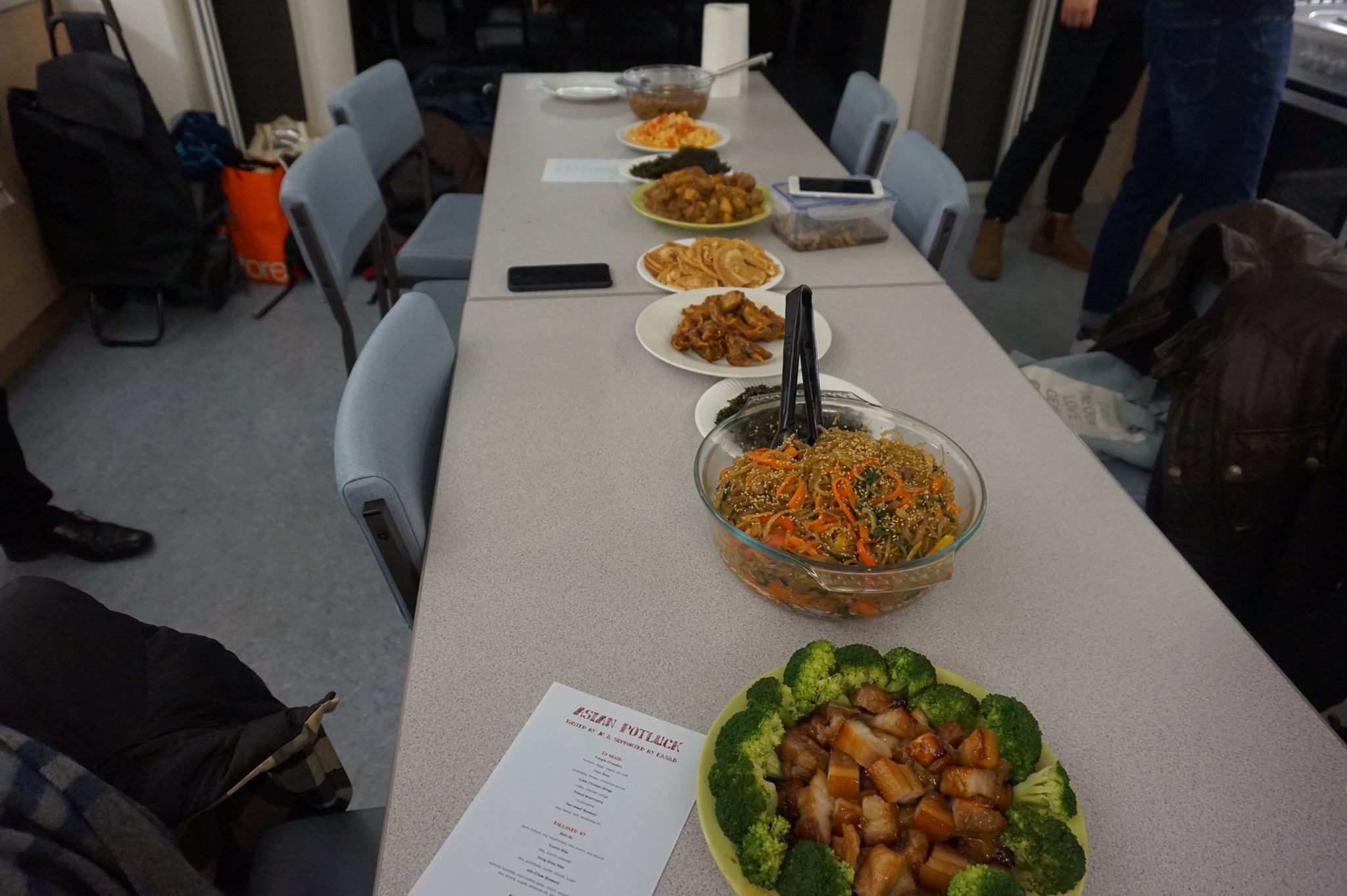 Have you heard about ‘potluck’? No?!

That’s okay! I didn’t know the term as well before I had the first potluck night in Australia.

When I was in Australia, my American friend initiated cultural potluck night, as we had 33 students ambassadors for Brisbane city. Everybody came from different country and I was one of the students ambassadors. We divided the group depending on their region: Asia, Europe, South America, North America…

Here is the definition of the word…
“A potluck is a gathering where each guest contributes a dish of food, often homemade, to be shared” (Wikipedia, 2016)

One of our lovely Chinese friends from the course invited 10 people for dinner. She wanted to cook some Chinese dishes. I thought it would be good idea, if we were to extend the dinner to a wider Asian potluck!

The purpose of Asian potluck is not only to share food, it is also to share cultural experience which I think is hugely important to understand and respect others. So, I asked the host whether she agreed or not. Luckily, she was happy with that! I wish we could have invited all of our friends from the course – but we couldn’t do that due to the limited space, next time I will!
There were four Asians and we all prepared different dishes! We had five entrees,  four main dishes and one dessert.

I made the menu for it, because I wanted to let people know what ingredients have and what the names are! I prepared Korean noodles which is quite popular for foreigners in Korea! I worried about the taste of my noodles. But I’m pleased to say that my food was awesome, and my noodles ‘sold out’ quickly! Well, one of my close friends finished half of my noodles alone! (Big thank you. You’re the best, R!)

Looking forward to it!