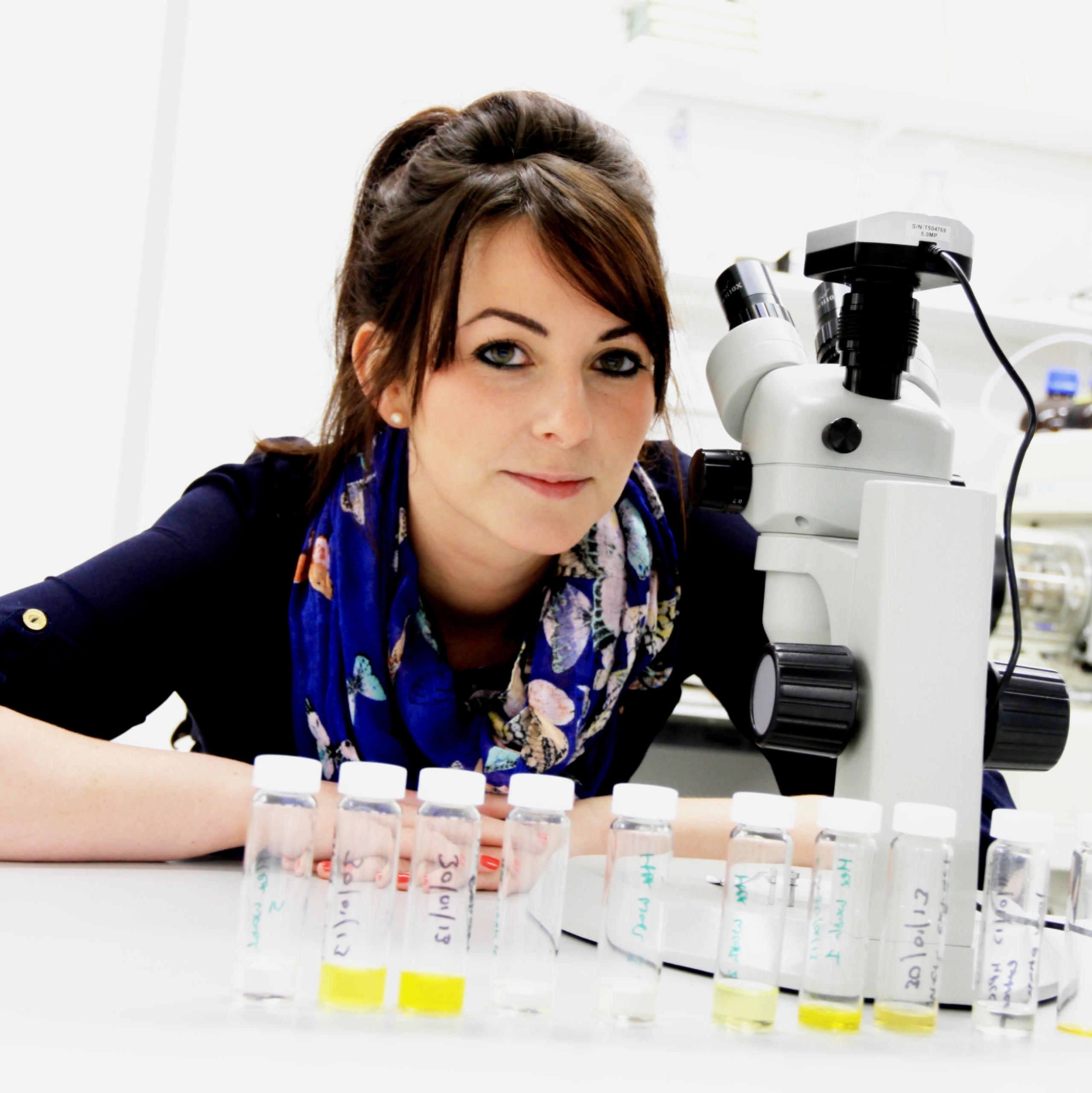 There was one thing I loved when I was at high school – and it wasn’t studying for my GCSEs! It was horses. I was sure that my future was in professional horse-riding and as a successful member of the British Eventing junior team, I have to admit that I wasn’t all that bothered about my exams and I ended up with poor GCSE results. And, to be honest, that didn’t make much difference to my life until my horse got a bad injury when I was 21 and I was faced with a decision about my future.

I have always been the type of person who can’t stick with things unless they really interest me. So, at that point in time, I thought long and hard about what I wanted to do. I had always had an interest in forensics but suddenly my previous lack of interest at school came back to haunt me. However, I was confident that I had the ability to go to university and it’s fair to say that I was determined to get a place on a degree course, and I decided that a dual Honours BSc in Chemistry and Forensics Science was the one for me.

As you’d expect, universities weren’t hugely impressed by an applicant with a few GCSEs and no A-Levels. I applied several times and was rejected every time. It was suggested that I went back to college and did an Access course, but at 21 I felt too old to go to my local college and decided to write to the course director at Keele University. After receiving several emails from me, he too said that I had no chance and should go back and get my A Levels. I decided I would have one last throw of the dice and went to visit him on campus. Needless to say, he was pretty surprised to see me at his office door and even more surprised when I asked him to a consider an offer: set me a maths test and if I passed it, give me a place on the course – and if I didn’t, he would never see or hear from me again. I’m lucky that he saw my determination and agreed. I passed the test and my career in forensics was underway…

Fast-forward through three years and I was well and truly hooked. I decided to pursue a PhD in forensics and it was through my PhD in forensic entomology that I’ve learned more about maggots than you can probably imagine is possible! My work is based around a new way to identify how old insects are. This is important because the age of insects found on a body is crucial in identifying how long that person has been dead. And, knowing how long someone has been dead, particularly in the case of murder, is vital in proving the innocence or guilt of suspects. Insects can also tell us if the person consumed drugs, if their body was moved or whether it has been frozen – they’re the most reliable witnesses in many cases.

Once someone has been dead for 72 hours, it is very difficult for a medical pathologist to confirm through a post mortem exactly when they died. So, forensic entomologists would be called to a scene and use the insects on and around the body to give a more accurate indication of how long the person has been deceased. The most established way to estimate the age of the insects is based on their length, as well as other variables, all of which can be hugely influenced by the temperature of the environment.

My research has developed a complementary method of aging insects, which looks at the chemical profile of their cuticle. It has proved extremely accurate in identifying their age and the robustness of this method is a huge advantage if you are called to court to give evidence as an expert witness. Whenever you go to court, you expect your work to be scrutinised, but having this kind of strong, compelling chemical profile is extremely helpful in terms of presenting reliable and clear-cut evidence.

My work has led to my involvement in so many interesting cases (most of which I can’t talk about here) but, as you’d expect, it also leads to some interesting questions when I meet new people! I find that people usually have one or two views of forensics: one is the glamorous, glitzy CSI perspective (which I can confirm is completely unrealistic!), and the other is that it is grim, gruesome work (which it can be sometimes!) That being said, being involved in proving innocence and guilt, and helping to get justice for murder victims, is important and I love the fact that my work can do that.

One of the most surreal experiences I have had was a visit to a body farm in Austin, Texas which was as a result of a Winston Churchill Memorial Trust Travel Scholarship to go to America and further my research. A body farm is a research facility where the decomposition of the human body can be studied – and the one I visited was literally an enormous field with hundreds of human bodies in various stages of decay. It sounds very grisly but people have signed up to be part of this after their deaths, to help advance our scientific understanding of what happens to our bodies once we have died. It was a very unique experience and I was very fortunate to have the opportunity to carry out research on actual human corpses, rather than the more usual approach of using deceased pigs or other animals.

Partly because I took an unusual route into higher education, and partly because I can see that there’s a mini-scientist in every child, I really enjoy doing outreach work with kids of all ages. The ‘Maggot Art’ session is always really popular with young children (even if some of their parents do freak out a little!) and I also give talks and workshops to older pupils, especially girls who are interested in working in science, technology, engineering or maths. The one crucial piece of advice I always give is to choose a degree in a pure science, to give yourself a back-up option if a career in forensics doesn’t work out. You can always specialise later on, or learn on the job, and having a pure science background is really very valuable – it’s definitely the best decision I ever made!

Find out more about Cranfield Forensic Institute, our MSc courses and research: https://www.cranfield.ac.uk/Centres/Cranfield-Forensic-Institute