Homepage / Magnets in the sand castle

Magnets in the sand castle 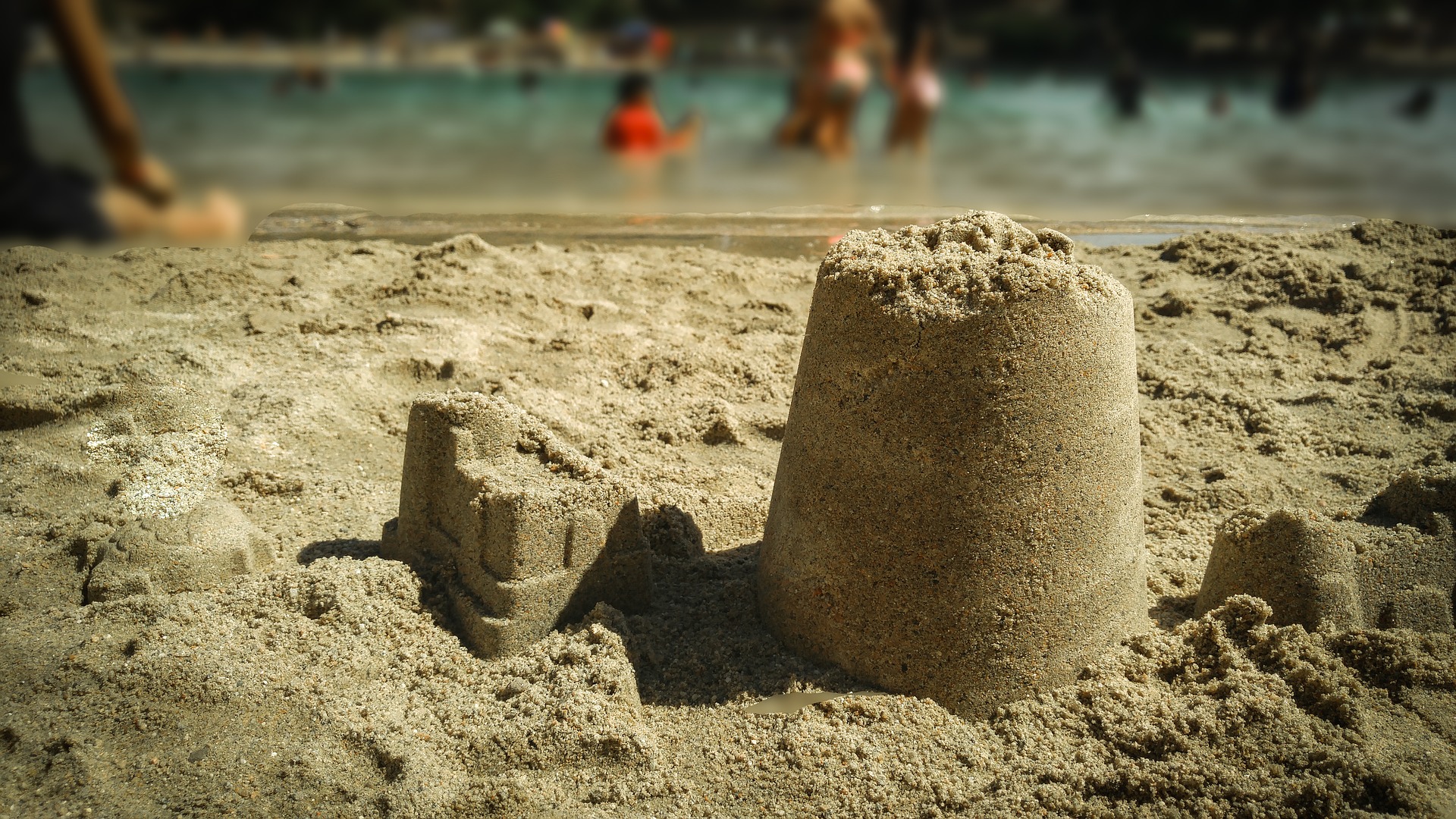 If you spent your childhood close to the beach, you would probably share the hobby of building sandcastles. With plastic pails, shovels, and water cans, you would spend hours playing with sand. When the night falls, the beach will be left with numerous castles built by masters like you and your friends. However, the castles would rarely last overnight. The next day you visit the beach, you’d probably find a plain beach. Have you ever wondered what happened to these castles?

A parent might say that the sea reclaimed the castle, but a scientist would give you a more detailed answer. As the water level rises, some sand starts to move (i.e. erode) as the flow velocity increases. Bit by bit the sand grains are taken away by the flowing water, until the sandcastle disappears or collapses. The collapse of a sandcastle is analogous to what can happen to other structures in or near our oceans and rivers. Sand or soil can be eroded by rainfall, river flow and coastal waves, which can undermine a house, destroy a roadway, cause a sea defences to fail, damage the supports of a bridge, collapse a riverbank and induce a landslide. In the UK, about 17% of the coast is eroded by the sea. Yes, some of our coastlines are in retreat, with over 5000 coastal properties expected to be lost without additional protection. Erosion and flooding in UK leads to £1.3 billion in damages annually (2013-2014). Understanding the mechanism of erosion is of great economic and scientific concern and is the goal of our ongoing EPSRC project (Improved prediction of cohesive sediment erosion based on inter-particle forces).

The traditional experimental approach to investigate erosion is not much different from building a sandcastle and letting water knock it down. Researchers build a coastline, seabed or river with sand, soil and other materials like gravel and mud in the laboratory (the ‘castle’). Water flow is created using a research flume, and scientists measure how much sand/soil erodes at different water flows. This approach tells you how resistant the sediment is to the forces of flowing water, or, in other words, how stable or strong it is. These physical experiments have helped us greatly, especially to understand how ‘coarse’ sediments like sand and gravel erode and move. However, it has been harder to get good results from experiments with ‘fine’ sediment, like mud and clays. These sticky sediments are much more complex, and scientists running these experiments have gotten very different results. Scientists have suspected that this is because its ‘stickiness’, or more scientifically ‘cohesiveness’, is affected by lots of different factors, like clay mineralogy, water chemistry and even the bacteria that live in the sediment. Thus, as much we like playing in our research flumes, we realize that an entirely different scientific approach is needed. To really understand cohesiveness, we need to look at the tiny particles that make up mud and how the interact with one another.

In our project, we are zooming into the structure of clays and muds to find out what makes them so sticky. Mud is made up of lots of different things, like particles (clay, silt) and biological substances (proteins, carbohydrates, polymers), which all behave and interact with each other in different ways. We know that all materials are made up of atoms, and the interaction between atoms determines the property of the material as well as the interaction between materials. In other words, how strongly these particles and substances are attracted to one another, the stickier the mud and the more resistant to erosion it is. These inter-atom interactions are like tiny magnets. Some are really weak, some are strong, and some only work when they are really close to something else. If we understand the binding mechanism at the atom-level, the resistance of cohesive sediment is just the collective behavior of a group of atoms. To do this, we are using a type of modelling known as molecular dynamics which involves numerically simulating the evolution of atoms and molecules. The trajectories of atoms are determined by the integrated effect of inter-atom forces (the great Newton’s equation of motion) which are often calculated using interatomic potentials.

In a preliminary study on the interaction of clay and water, we found clay plates with calcium ion in between quickly adhered to each other and otherwise stayed apart. There is more interesting results to come, hope you will enjoy it!