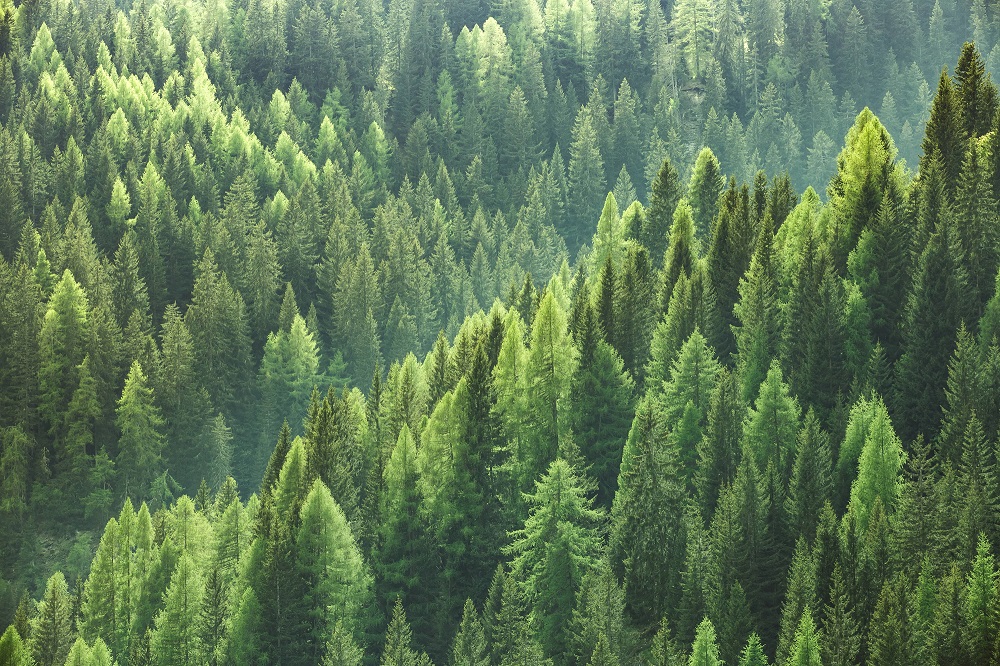 Recently we sat down with Tim Brewer, Director of Education for the School of Water, Energy and Environment and Senior Lecturer in Resource Survey. We discussed a group project he supervised this year, the objectives of the project, the impact that the lockdown had on the project and how Cranfield University students work closely with industry to find solutions to solve real-world problems through their group projects.

Could you explain the aims and objectives of the group project?

This year’s group project came about because just over 30 years ago we undertook a national project for was then the Countryside Commission, now known as Natural England. We worked with them to map the land cover change in the National Parks of England and Wales. This was a three-year project and the Peak District was one of the National Parks that was mapped and there has been no update of that land cover survey since that time. The Peak District has more recent data available now in terms of aerial photography data and so they were interested for their policy and planning development to identify what had changed in the National Park since the last survey back in the late 1980s.

The problem was that they do not have the skills in place within the National Park staff to be able to undertake this type of survey themselves. Initially, David Alexander, GIS co-ordinator and our main contact at the Peak park, signed up to come on one of our Environment short courses to learn more about the interpretation of aerial photography. He was looking to see whether they could develop the skill base in house so they could undertake a new survey of the land cover. While he was on the short course, we had a discussion around the project and what they would likely be able to do and that’s when we suggested that we could run it as a group project. This would enable the students to test out different methodologies that could be tried that would make the process of obtaining a new data set much quicker and be potentially within the capabilities of the National Park staff. So essentially the aims and objectives of the project were to identify whether the new techniques that we have available could be used to create this new 2018-19 land cover data set for the National Park so that they could then incorporate that into their policy and plan developments for the Park.

How does Cranfield, the student and the company work together?

So for this project we had a set up meeting for the students at the start. This was before the lockdown so David, was actually able to come to Cranfield and he introduced the project from the Peak Park perspective and my colleague Dan Simms introduced it from a Cranfield perspective. Through the duration of the project the student project team had regular meetings with Dan and myself and David was able to attend two meetings. At the end of the group project period we had the exhibition event which was online this year. During the exhibition event the students presented to around four or five Peak District staff and this was a great opportunity for the students to present back to the National Park their findings.

After the students had finished the project an additional project with the Peak District National Park was completed by Cranfield staff where we were able to develop the students work further than they were able to achieve with the restrictions that they had to work under during the lockdown period.

What are the benefits of the thesis projects in collaboration with industry for both the company and the students?

From the National Park’s point of view, they were getting a skilled group of students to test out methodologies which they were not in a position to test out for themselves. By setting it up as a group project, the National Park has a team of five students working full-time for ten weeks, providing a resource that they would never be able to gather together themselves.

From our perspective, the benefits it gave us were that it re-established our contacts with the National Parks, the Peak District in this case, and the project we undertook has the potential to be of interest to the other National Parks because they all have a 1980s data set and there has been very little development from this. If we can establish a methodology that works for the Peak District Park it can then be applied to all the other National Parks. Hence it would then be of benefit for us in having a product effectively that we can take to the other Parks to work with them – plus it benefits them in that they get a new dataset to help them in their in their policy and planning.

How do supervisors support students with their work to complete their group project?

So adaptations have to be made, due to the students having to work remotely due to the lockdown, as you can imagine! In a group project we try to let the students do as much of the thinking and the work themselves so supervisors take on the role of observers because it should be the students that do all the development work.

Is there anything unique about this project which makes it stand out from the other projects in the past?

The unique thing about this project was that the students were updating a system by applying technology and resources that were not around 30 years ago. We are now able to apply our modern technology to be able to map the Peak District more efficiently. I wonder in the next 30 years if another group project will work on this and will have access to even more data than we have today. Also the possibility of this project, which we have worked on with the Peak District, being able to help out the other National Parks around the UK to update their land cover maps is a rather unique position to be in.