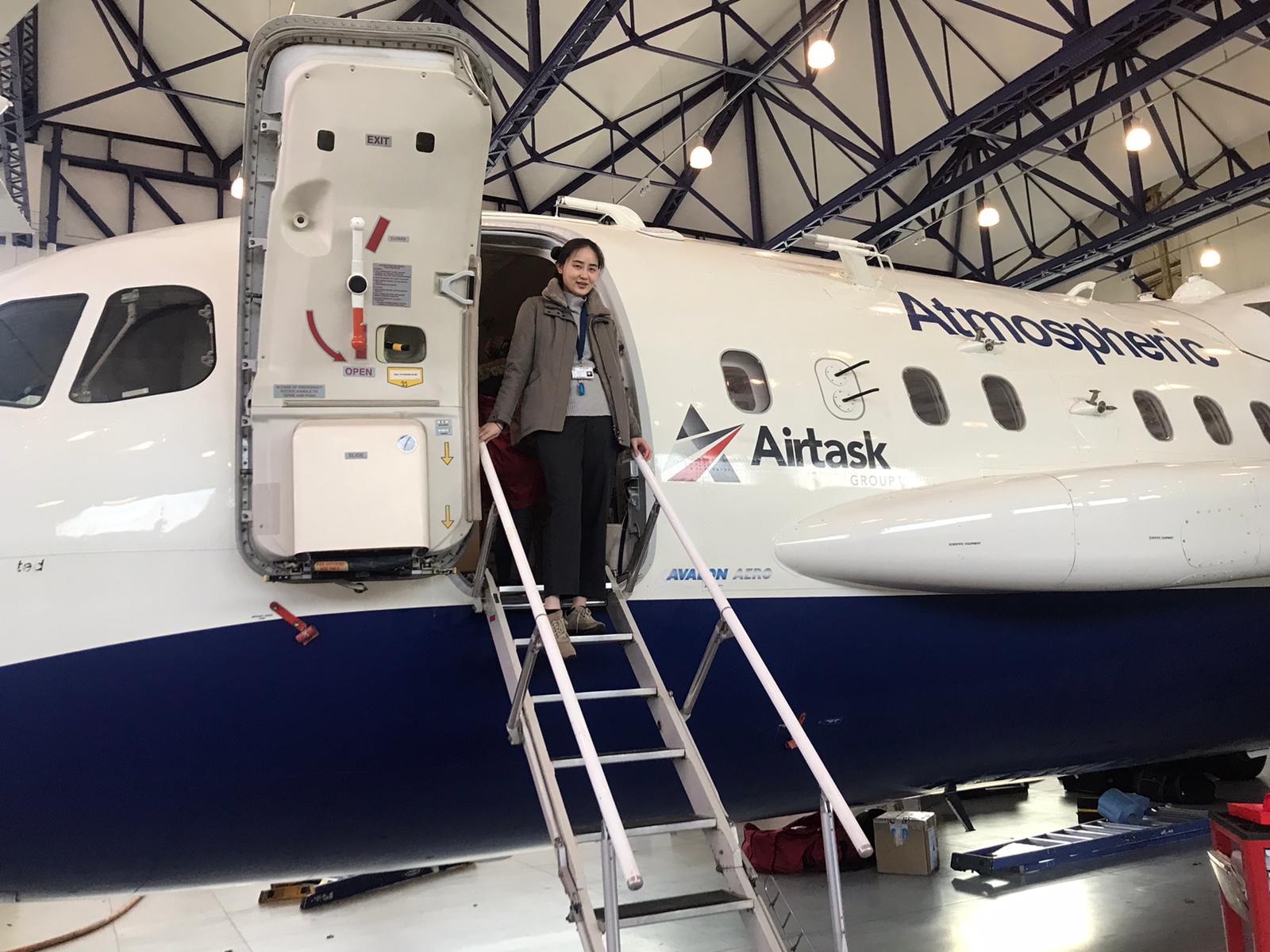 In January, along with some of the students from the Environmental Engineering MSc, we went to Cranfield Airport Hanger 1 to see the FAAM (Facility for Airborne Atmospheric Measurements) plane!

The aircraft is joint owned and run by NERC (Natural Environment Research Council) and the Met Office. FAAM is an independent company based at Cranfield University. Cranfield is the perfect place for this research facility. It is one of the only Universities which has its own airport and is a leader in research fields such as environment and aerospace.

We met with Alan Woolley, Head of FAAM, who explained all about the benefits of the FAAM plane and the important research that it records. We had the opportunity to board the plane which was amazing! The plane was the same size as a passenger plane but instead of rows upon rows of seats, there was testing equipment and computers along both sides of the plane. Surprisingly though, it still had the iconic plane smell: the source of which I still can’t put my finger on!

Alan told us all about the different flights that the plane goes on and the different places he has been able to visit as well as the sort of work he does on location. The main function of the FAAM plane is to look at clouds, specifically at raindrops. The aircraft measures temperature, humidity, and air pressure, collecting samples during flight to measure and make comparisons with other reported data from other sources. During the tour, the students were given the chance to ask Alan questions about the data that is collected and how Alan got into his field of work.

It was really inspiring to see how the content of the modules the students are learning in their lectures can be applied in the industry. It was fascinating to learn and see the amazing impact that this research facility is having on being able to research more about the atmosphere the how the information goes on to help inform the Met Office and improves weather forecasts.