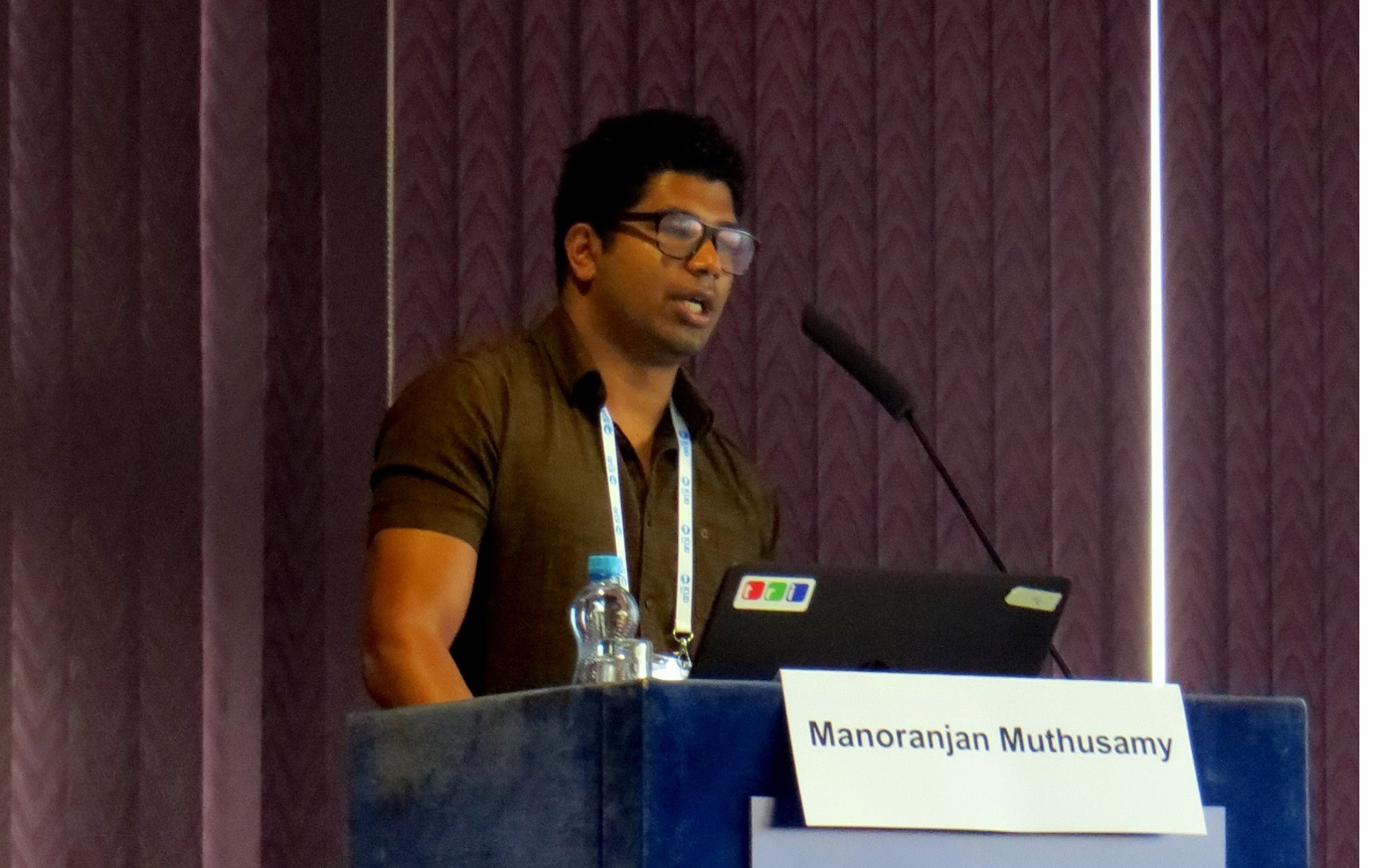 Let me introduce myself before I talk about this project – I am Manoranjan Muthusamy, a Sri Lankan born and bred. I studied my BSc in Civil Engineering at the University of Peradeniya, which has the oldest engineering faculty in Sri Lanka. After my BSc, I worked as a Research Engineer at Lanka Hydraulic Institute (LHI), a consultant company based in Sri Lanka with over 30 years of expertise worldwide in Coastal Engineering and Inland Water Hydraulics. This experience helped me to secure the Erasmus Mundus funding from the European Union to do my MSc, which opened the door for my life in Europe. In this MSc, I studied Flood Risk Management in a consortium of universities and institutes, which included Technical University of Dresden (Germany), IHE Delft (Netherlands) and DHI (Denmark). After MSc, I was awarded the Marie Curie ITN fellowship, again by the European Union, to carry out my PhD at The University of Sheffield. In my PhD, I investigated the spatiotemporal variability of rainfall and its effect on urban water quality.

My research interest has always been around hydrology, especially flood-related research. When I got this job as a Research Fellow in Emergency Flood Planning and Management, I was thrilled. I knew this project had a lot of potential for new research. This project, funded by the Engineering and Physical Sciences Research Council (EPSRC), is a good example of how emerging technology can be utilised to manage an environmental problem. Let me give you a little bit of background – some 5 million people live in flood risk areas in England and Wales, with one in six homes at risk of flooding. In India, similar risks are present: over 40 million hectares (12% of India’s landmass) are prone to flooding and river erosion. Therefore, it goes without saying that proper planning and management of floods is vital to keep the damages to a minimum.

This project investigates the potential use of drones (Unmanned Aerial Vehicles) in flood emergency planning and management in the UK and India in collaboration with The University of Exeter and Indian Institute of Science (IISc). The biggest advantage of drones is that they can be easily deployed – often hand-launched – to assess damage across large areas and provide emergency responders with the opportunity to assess situations quickly. However, there are challenges associated with using drones in adverse weather conditions, which is one of the areas that we are trying to address. We also study how the data collected by drones can be used to predict and continuously update the flood properties (e.g. flood depth, inundated area) and to generate detailed evacuation plans. At the end of this project, we will have a prototype decision support system, which addresses these issues to allow on-the-ground decision-makers in the UK and India and emergency coordination teams, or government agencies to make timely and better-informed decisions. This will improve the allocation of emergency resources, build community flood resilience, save lives and reduce economic damage.

My role in the project is to integrate data that has been collected using drones and other means (e.g. ground survey) to feed into the flood inundation modelling and evacuation route modelling for a better prediction. For example, let’s say a bridge has collapsed during a flood, my task is to transform this information, collected using drones and other means, into data that can be directly used to update the flood model to get a better idea of the updated flood properties and evacuation routes.

So far, we have made good progress in this project. We developed a remote sensing modelling framework to assess flood damages by revisiting the storm Desmond in 2015 (5-6/12/2015) in Cockermouth tow. This work is published in Remote Sensing Journal. We also organised a workshop in Delhi last year and conducted interviews in India and UK with participants from government organisations, NGOs, and research institutes. This data will be used for developing an operating decision framework for the use of drones in flood emergency management. This work is almost completed and the findings will be presented in another journal paper.

To sum it up, this project has been a challenging yet rewarding experience.  There are still around six months (Until April 2020) left in this project with a possible extension for another six months at the end of which we are expecting to have a prototype decision support system for both India and the UK. This will immensely help the decision-makers to make use of drone data during a flood emergency.