Catching up with Dr Ruben Sakrabani… 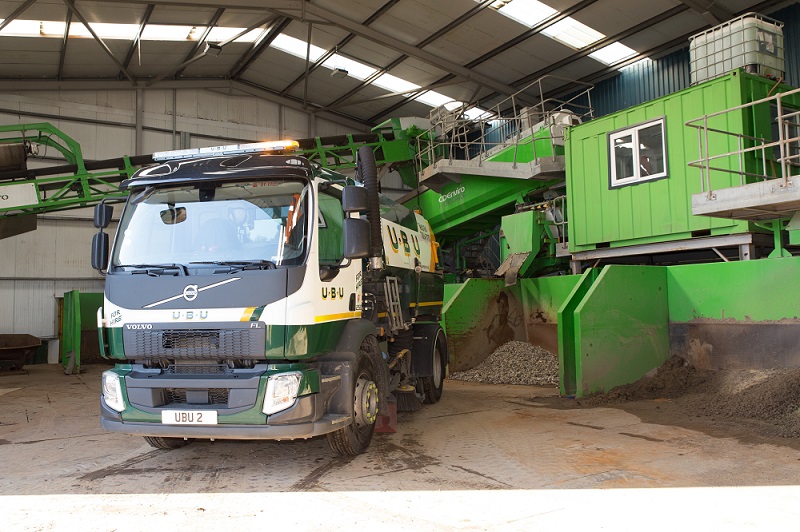 Hello my name is Dr Ruben Sakrabani and I am a Senior Lecturer in Soil Chemistry here at Cranfield. This year I have supervised two thesis projects with different industry sponsors.

The first project was looking at evaluating the potential reuse of gully and road sweeping waste. This project was funded by UBU Environmental, a company in Manchester, they are known as the company that devised an instrument that you will have seen when you go to big cities, and it is like a big vacuum cleaner that works on the road gullies. They designed this machinery and it sucks up the waste material from the gullies of the roads. UBU Environmental tend to focus their work on larger scale roads such as the major motorways instead of smaller scale projects such as countryside lanes.

When they collect the gully waste it is considered as a waste product and at the moment it all ends up in landfill. One of the main aims of the thesis project was to see if landfill was indeed the only option for the waste material or could we convert it into a usable product.

Through the thesis project we were trying to find ways to use the waste material as a suitable product to grow trees in an urban context. So although we won’t be able to use the waste gully water to grow wheat, barley and tomatoes. We will still be able to add it back to our ecosystem by keeping it within the urban context in which it has originated from. We worked on the theory that if we can use this waste after we have treated it and changed it into something friendlier for growing trees that would be a way forward. The student working on the project was not able to go out to visit the site due to lockdown restrictions but she helped the company, along with my support, to sample some of the waste material in their piles and that was then sent to a commercial laboratory for analysis. We found that there was a presence of contaminants known as the total petroleum hydrocarbon which was in high amounts, so the student came up with some potential ways to reduce this before we can repurpose the product.

There was also an additional interest in this project from the British Standards Institution (BSI) who wanted to develop a standard that would be used as a measure to see how good the material is.

The student did very well on the project and both UBU Environmental and the BSI were happy with the outcomes. In the future I am hoping to receive further funding from them as the student is very keen to do further work!

The second thesis project I supervised this year was focusing on the development of phosphorus analytical methods in soil science. This project was funded by an organisation called INCOPA, which is a trade organisation based in Brussels. INCOPA are producers of iron and aluminium coagulants in wastewater treatment plants. This is the second time we have collaborated with them, the first time was when they funded a consultancy project which led to a report which they wanted to publish as a paper.

The student that completed this project did a very good piece of work even though it was entirely literature based as no new samples were analysed. I will actually be presenting his work at the general assembly in Brussels (all online of course!) on 16th October 2020. This has been a great opportunity to work with INCOPA again and I hope that this is an industrial relationship that we continue to build on and collaborate with on further research projects in the future.

I am very proud of the work that the two students I supervised this year completed and I wish them all the best in the future.