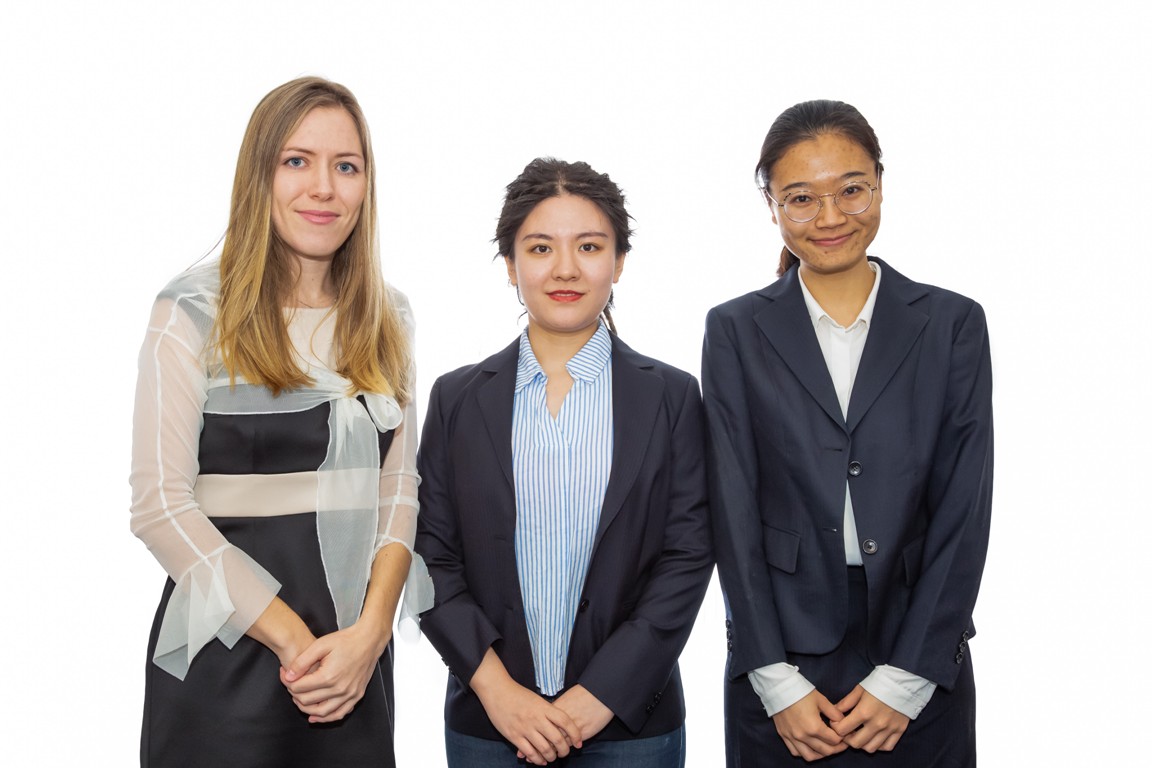 I have been involved with group projects before, but this was my first time as main supervisor. I was supported by one of our Research Fellows Dr Célia Lourenço and Mrs Dawn Fowler of our Environmental Analytical Facility.

Some of the objects held in the Pitt Rivers Museum are from Cook’s voyages of exploration which took place between 1768 and 1780. The task of preserving them against decay began as soon as they were acquired and has continued since. Although no longer used, this often involved application of pesticides to combat infestation by insects. Unfortunately, records of what chemicals were used are virtually non-existent.

My background is in trace gas analysis and I was originally contacted by Dr Fiona Brock of the Cranfield Forensic Institute who had previously worked with the Pitt Rivers Museum using radiography to locate pesticides on and within objects. The aim of this group project was to determine whether these pesticides could become airborne. This has implications for museum staff and members of originating communities who need to interact with these objects. This was a real-life project to generate initial data to support a funding application which will allow us to investigate this question more thoroughly.

This was a challenging project for the students, as none of them had any prior experience in this area and I was quite surprised that anybody volunteered for it. Two of the group were from the Environmental Engineering MSc and one from the Environmental Management for Business MSc. At our first meeting they seemed very frightened and hesitant. I think they were waiting for me to tell them exactly what to do, but part of the group project is for students to feel rather lost initially, but to go ahead and work things out for themselves. One of the group commented that the project would be difficult. This was true, but it was also designed to be achievable and my role as supervisor was to provide support and reassurance when needed.

To achieve the aim, the students had to design and carry out an air sampling campaign. This was quite tricky as the campaign had to be approved by the museum and the objects being examined are culturally important and irreplaceable. Also, the number of samples taken had to be small enough to be accommodated by our laboratory in the available time while still providing useful data. By our second meeting they had obviously put some thought into this and as their ideas came together they became progressively happier. This continued for the rest of the project as their confidence and ability to take the initiative grew. From being initially a frightening experience, I believe they came to consider it to have been a liberating and empowering one.

I was very pleased with the way they designed and carried out the campaign, especially their professional interaction with the museum staff and their record keeping. This is vital for this type of work, and they produced a plan of the Pitt Rivers Museum with the location of every sample clearly marked and labelled to match the samples they returned to the laboratory. We are now getting some very interesting data as a result of their efforts.

There were almost 20 projects to choose from. As a student studying the Environmental Engineering MSc, the group project, air quality monitoring at the Pitt Rivers Museum, is really what I am interested in. Air quality is related to environment quality and human health and this project focused on the pesticide residues in a museum. I had never thought these two different aspects could have a relationship so, I chose this one.

Sampling work was the most impressive part for me. During the sampling work, we observed the surroundings of the museum. We went to the museum three times and spent about five hours there. Thanks to these trips, we had the opportunity to get close to the collections. The museum was only closed to the public on Monday morning, so we had to collect air samples inside the showcases in the morning. The staff there guided us and showed the showcases which they thought would have a strong smell. When they opened the showcases, we could feel the strong offensive odours from them. Every sample took 30 minutes to suck the air into the tubes we used. During this time, we observed the collections such as their materials and furniture in the museum.

During this project, we communicated with each other a lot. We sometimes had different opinions but after that, we got to know each other deeply and find out the advantages and disadvantages of our own ideas. All three of us have a different background; we are from different countries and study different courses. The most important thing I learnt from the project is communication. Expressing my own ideas and hearing others’ ideas are important, not only in studies and work but also in our daily life.

The method we used to do the analysis is thermal desorption – gas chromatography – mass spectrometry (TD-GC-MS). It is a common method used in detection of chemicals. Thanks to the project, I have an opportunity to learn how it works and how to do some simple data analysis for the results. At first, I felt confused about the machines and the analysing process. But I know more now. This is really helpful to my professional knowledge.

I am currently studying the Environmental Management for Business MSc. My motivation for choosing this project was to get practical experience in air quality monitoring and Pitt Rivers Museum premises, belonging to the University of Oxford, seemed to be an attractive place for that. I also found it interesting that there was no clear evidence on pesticides usage at the museum in the past. Our team could work on preliminary research which would cast light on possible pesticides emitted into the air and persisting up to the present days. When visitors come to museums, they hardly ever think of object conservation treatments and possible pesticides usage; in addition to that, originating communities wanting their objects from the Museum back and direct interaction with the objects for spiritual or other reasons may pose a health risk. This issue clearly needs more scientific evidence, and I wanted to contribute to that. The real highlight of the project for me was to sample the Cook-voyage collections at the Pitt Rivers Museum. At first, I could not believe that museum staff were ready to open this very special collection, gathered on the famous Pacific voyages of Captain James Cook, for me to sample it.

This project was an amazing experience to me and I feel it has brought multiple benefits to me as well. It has broadened my horizons and knowledge of the issue researched, I believe I can behave more professionally in the working environment and I feel more confident and relaxed in dealing with multiple people involved in such a project. I enjoy managing tasks (even more than I did already) and how to get them done in a rational amount of time. Finally, it has also taught me how to better communicate in the team, when to push through my idea and when to take it back to save my energy for important decisions.

I am currently studying the Environmental Engineering MSc and my main reason for choosing this group project was not only because air quality is a big issue in the world, but also has a potential hazard on public health. Through this project, I hoped to gain a clearer concept of the air quality monitoring procedure, which would be helpful for my future career. I gained many skills during this project, such as how to present your work concisely, how to work well with people and how to work well in a team. The most exciting part of this project was that we found pesticide residues in our samples because we were aiming at monitoring air quality (focusing on VOCs) in Pitt Rivers Museum where the collections had been treated with pesticides, thus the results denoted that pesticides have emitted to the ambient air and have potential adverse impact on occupational health. In the final presentation, I felt confident and thought it was my best presentation compared to my previous ones. I was focusing on speaking clearly and presenting the work in a simple and understandable way to the audience. Plus, some laboratory skills and habits I learned are useful to take forward during for my thesis project (e.g. washing hands before leaving the lab).