Homepage / My life as an RAF Engineer

My life as an RAF Engineer 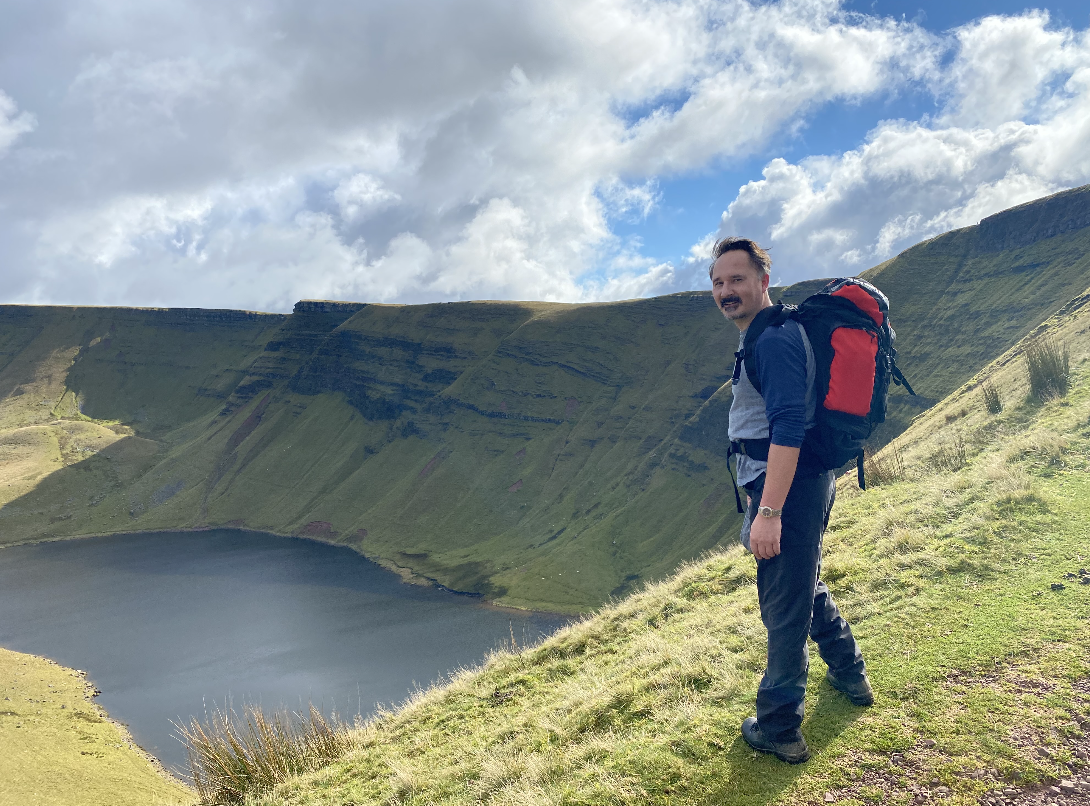 I’ve noticed that engineers are often reluctant to put ourselves forward and shout from the roof tops about how important our role is, how much fun it can be and how we can #BeTheDifference.  Engineers seem happiest when we are fixing difficult problems behind the scenes and making the world work efficiently for others without the need for drama or fuss.  But as it is ‘This is Engineering’ Day, I’m going to fight the urge to be humble and tell you some things about my career as an Engineer Officer in the Royal Air Force (RAF).

As long as I can remember I’ve wondered how things work.  As a boy I would take things apart to find out how they worked, which sometimes meant that I couldn’t put them back together again and I would then need to hide the evidence.  On one memorable occasion as a 10 year old I decided to see how my mains electric socket was wired, but my curiosity just led to a fused house and a melted screwdriver; fortunately, a rubber handled screwdriver.

Throughout school I was very comfortable with STEM subjects and the laws of science and nature seemed to make sense to me.  I was a little less keen on maths but finding out how the universe works, exploring the very edges of scientific discovery and learning about modern technology was fascinating to me (it still is).  However, I didn’t have any ambitions to be a scientist or engineer, I wanted to be a pilot.  I’d wanted to be a pilot ever since I’d seen RAF Tornado aircraft flying low level training missions through the Yorkshire Dales near my childhood home.  I’ve always liked adventure and it seemed that flying fast jets was the most exciting career that I could aim for.  So that’s what I did, I aimed and I worked.  Once you have a goal to aim for then it incentivises you to put in the hard work and focus your efforts, which is a very useful way of becoming productive, even if you don’t arrive exactly where you were aiming for.

So, I worked hard(ish) at school, I got science and maths A Levels, I did lots of extra-curricular activity, I joined the Boy’s Brigade, I took private flying lessons and I applied to join the RAF.   Unfortunately, here is where my plan came a little unstuck.  You see, unsurprisingly the RAF have a rigorous selection process and many other young people also wanted to be pilots.  So, when I applied, there were more applicants with better aptitude scores than there were places on the RAF pilot training courses.  Fortunately, I had a back-up plan (you should always have a backup plan).  In this case, a wise mentor from the Boy’s Brigade had helped me to apply for University, and as I had science and maths A levels, he decided that engineering was a good choice with good prospects.  He was right.  The letter rejecting as a pilot arrived on the same day as the letter accepting me to study engineering at university (funny how things work themselves out).

Cut to 3 years later, I graduated with a degree in Mechanical Engineering and I still had ambitions to join the RAF as a pilot.  However, the universe (and the RAF) had different plans for me, so in 1995 I joined the RAF as an Engineer Officer.  Since then I’ve had an amazing adventure in many different roles across the world.  The RAF actively manages Engineer Officer’s careers so that we gain a wide range of experience quickly.  Therefore, I have moved to a different role and a new location every 2 years for the past 25 years.  Each tour of duty has brought fresh challenges and new adventures with plenty of travel, cutting edge technology and many exceptional, talented and professional people.  I have worked with Chinook helicopters, Nimrod maritime surveillance aircraft, Typhoon software systems, C-130J Hercules transport aircraft and multi-role parachute systems.

The RAF have an excellent continuous professional development programme and in 2008 they sponsored me through a full time Master’s degree at Cranfield University.  Cranfield has always had strong links with Defence and there are normally several military personnel studying at Cranfield, either full time or part time.  The Cranfield course that I completed was the master’s degree in Thermal power, Gas Turbine Technology, which qualified me for my next tour of duty running the Tornado RB199 jet engine team based in Rolls Royce Bristol.  I really enjoyed working in Rolls Royce because I got the freedom to manage all aspects of the Tornado engine fleet, from engineering, safety, finance and negotiations for the new, revolutionary support contract.

But I think my favourite job so far was working with the RAF’s parachute training teams; I really felt that I could #BeTheDifference, and there were some great opportunities to do some free fall parachuting myself.

Being an engineer in the RAF has driven me forwards, stretched me to be better and given me the opportunity to meet my potential both physically and mentally.  In my current role I champion the importance of engineering for all of our futures and I promote all forms of engineering to young people as an exciting career choice.  For me engineering continues to be an excellent adventure and the good news is that we always need more engineers.  Engineering is open to everyone and you too could #BeTheDifference.