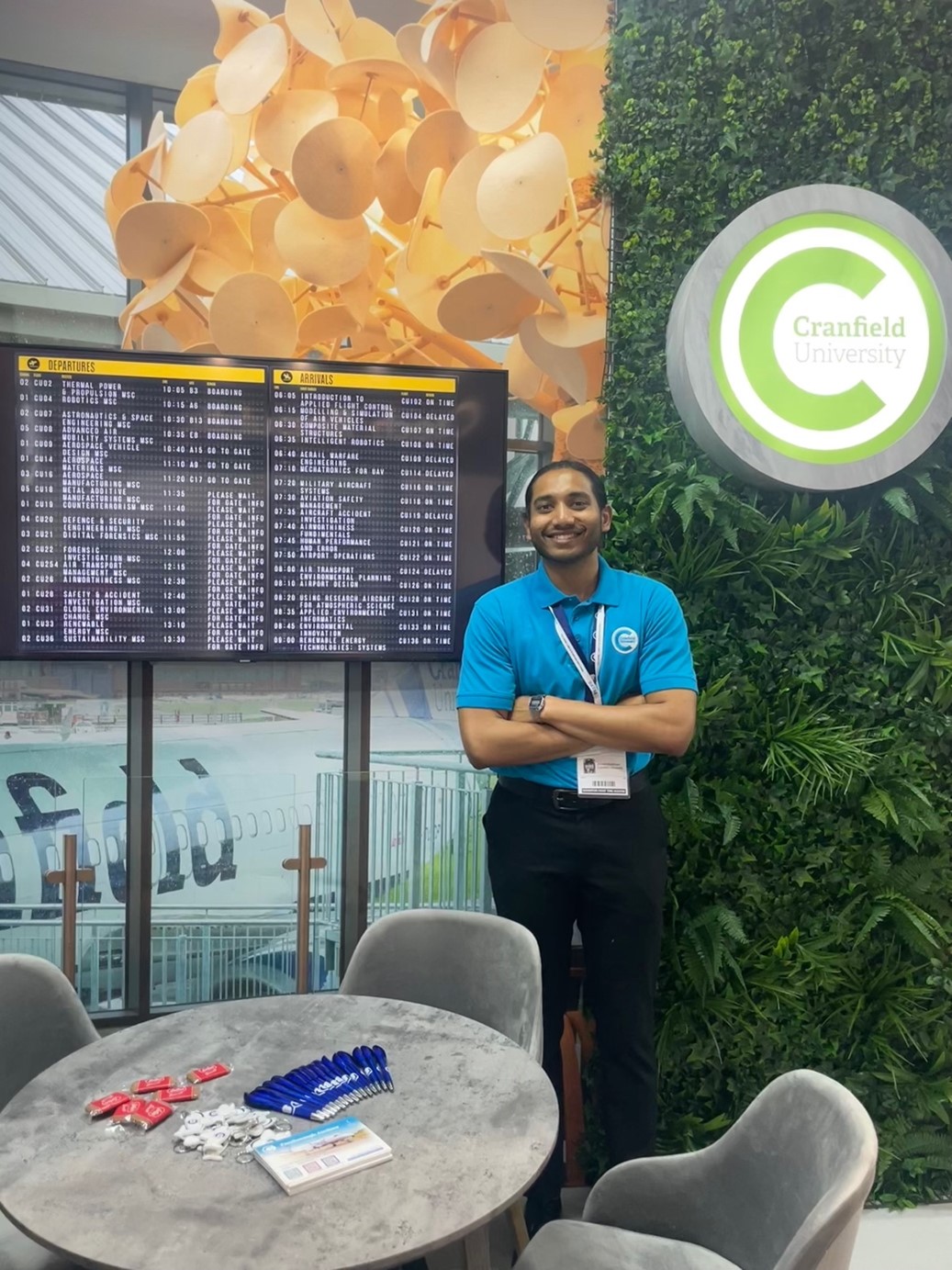 Farnborough Air Show is one of the world’s largest aerospace events, bringing together 1500+ exhibitors from 48 nations to demonstrate the pinnacle of technologies that are redefining the aerospace sector. Among these exhibitors were universities such as Cranfield, where leaders in technology and management are developed, unlocking the potential of people and organisations by collaborating with businesses and governments to deliver transformational research, postgraduate education, and professional development.

Cranfield University not only empowers students with outstanding research and information, but it also supports and helps you express yourself and get your name out there. At Farnborough Air Show in 2022, I had the opportunity to represent Cranfield University, particularly the School of Water, Energy and Environment (SWEE) and my Advanced Mechanical Engineering MSc programme. This allowed me to network and share information about the exciting research initiatives that are being conducted on campus. 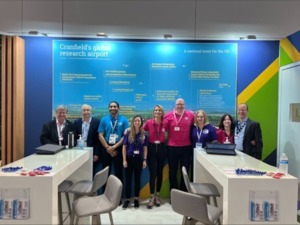 On the first day, I was initially introduced to the other team at the Cranfield booth, which included the National Flying Laboratory Centre (NFLC) team, the wonderful events team, some of the course directors, along with student representatives and ambassadors. In addition, because all the duties were distributed among the entire team we were free to network, spread the word, and take in the other fantastic exhibitors.  Furthermore, Cranfield University stand’s beauty and the way it clearly displayed the ongoing projects, including the facilities we have, set it apart from the other exhibitors and received many compliments. 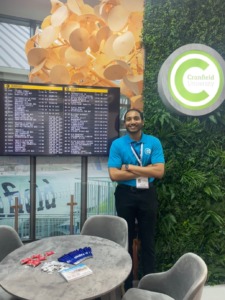 After explaining my overall experience as a SWEE student and of the research facilities we have on-campus, I spoke with numerous business development managers who were very excited and eager to collaborate with Cranfield. Cranfield University’s NFLC team, which also won the Queen’s Anniversary Prize, and having the SAAB 340B on the ground drew the attention of more industrial connections as well as potential students. 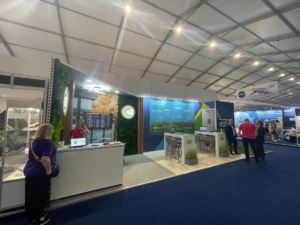 We ended the first day with a drinks reception where I bumped into one of the numerous Cranfield alums employed by ALTEN, demonstrating the breadth of our alumni network. It was really motivating and illuminating to spend time with the graduates and compare our academic years as well as the trials and challenges we had in common.

The second day was focused on ‘Pioneers of Tomorrow’, and I had the opportunity to discuss and meet with prospective students from all over the country. Along with students, there were numerous professionals, including those working for major corporations, who wanted to complete their MScs and PhDs, allowing them to go from industry to academic research. Additionally, SWEE, which has highly regarded Master of Science (MSc) courses, draws in a lot of students from around the world. For instance, I had the good fortune to meet a software engineer who was keen on pursuing a MSc in Advanced Mechanical Engineering after learning about the course structure, the knowledge that is gained throughout the academic year, but most importantly, the variety of opportunities that become available during, and on completing, the course.

At the end of the day, it felt very rewarding to be on the other side of the spectrum and answer the questions that I had once encountered while selecting universities for my postgraduate studies. 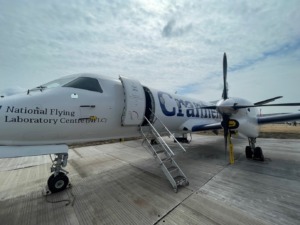 Overall, having spent two days at the Farnborough air show and getting to know some of the top executives in the industry, I can say that representing Cranfield University was a memorable experience that gave me plenty of exposure and countless opportunities. However, playing pool with Professor Iain Gray, the Director of Aerospace, was the highlight of the two days despite everything else. 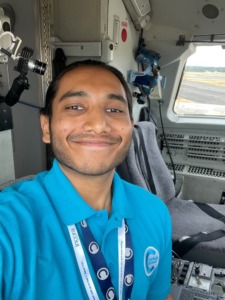 Thank you very much to Cranfield University and the SWEE team for believing in me to represent them at the air show and for their encouragement and support.