Homepage / My experience on the Component Design module

My experience on the Component Design module 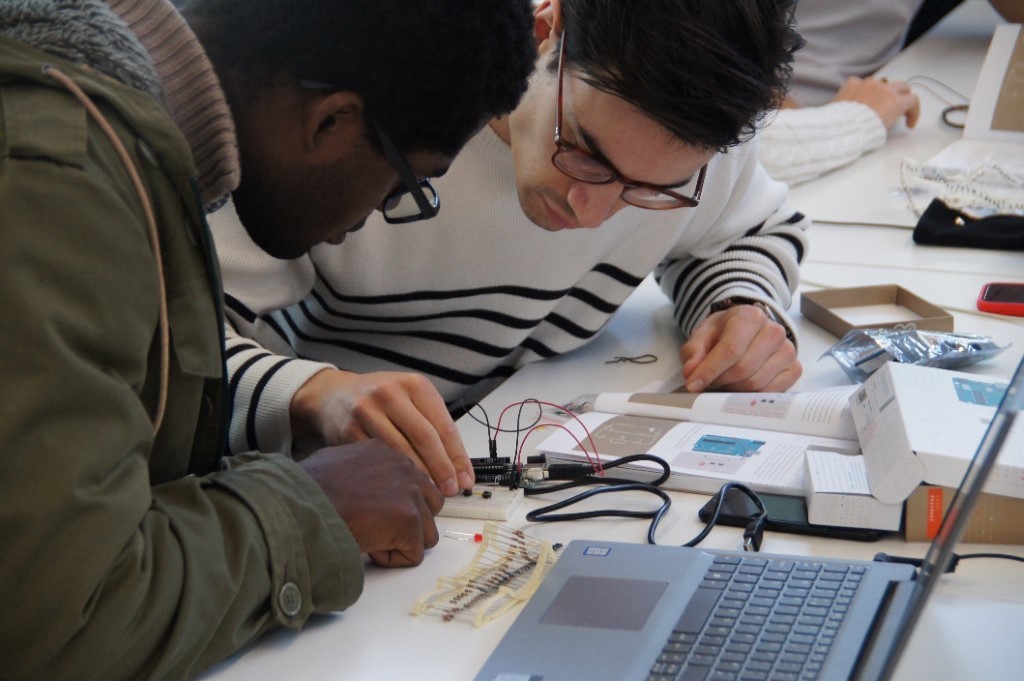 My name is Princewill Moh, I am a Nigerian student on the Advanced Mechanical Engineering MSc at Cranfield. When reviewing the course modules and I saw the course content for the Component Design module I had concerns that I may find it boring, or perhaps not very interesting but boy was I in for a shock. From the very first session, I knew I was going to enjoy this. To those who think school should always be serious, please note that this post is not for you.

Paul Lighterness, the module leader, started by introducing us to Innovation as a Concept – something totally new to me. Two things stood out for me:

Next, we explored the dynamics of teams and the differences between people using some optical illusions (remember the gold/white or blue/black dress? – It’s is blue/black by the way). This showed how the best teams aren’t really the smartest group but the group with skills that complement each other.

Then we began the hard part, coming up with an innovative idea under 30 minutes and creating a prototype. Of course, the ideas were bizarre as you would expect, someone made a quad-knife (don’t ask me what that is). I came up with a pot that allows the cook to make the best jollof rice. I am from Nigeria, and jollof rice is our national pride. My prototype looked more like a 3-year old’s attempt at creating something, so you’ll have to forgive me for not including a photo.

Instead here’s a photo of some of the stuff we made.

Professor Leon Williams then took us on an enthralling journey of one his own innovations. I can’t tell you what it was or who it was for because of the pesky thing called a ‘Non-Disclosure Agreement’, but the exercise showed us practically how the theory and concepts we were learning were being used in solving the challenges facing companies and organisations in the real world.

During the module we also attempted some prototyping using Arduino (IDE). It had been so long since I last used a breadboard so I had to quickly brush up my knowledge of switches, resistors, batteries, lights and sensors. The coding wasn’t complex, so we played around with ideas like temperature sensors, lighting etc. My teammate tried to create a Theremin… and failed. Maybe next time, Alex.

The week didn’t end without us practicing both teamwork and innovation by forming groups and creating an innovation for the household. My group had the novel idea of an indoor farm, not just indoors, but a farm in the kitchen for urban dwellers. We initially came up with a bulky refrigerator-like design but we knew it would take up too much space. Paul urged us to think outside the box, so we did … and the wonderful idea we settled for was… wait for it… a smaller BOX (see I told you I’d come back to it).

It was altogether an engaging and really enjoyable experience, and I got to learn while also having fun. This module is one that will really stand out for me. Finally, here’s a photo of the class.