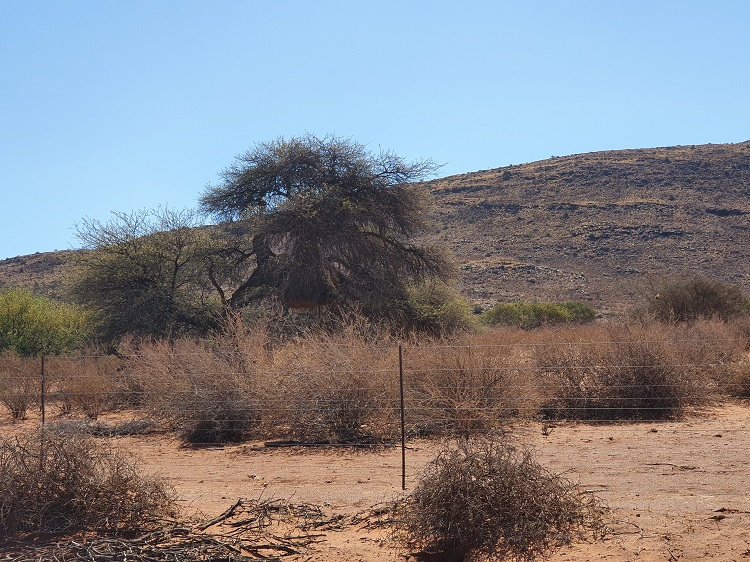 I wanted to reflect on my experiences from a fieldwork in South Africa last week.

My centre for Energy Systems and Strategy aims to inform decision makers on how technologies and society co-evolve together and what interventions might be needed to ensure that outcomes are ‘just’. One of my projects analyses the sustainability and livelihood impacts of concentrated solar thermal power (CSP) plants. This is part of a larger research project, SOLving WAteR ISsues for CSP plants (SOLWARIS), awarded by Horizon 2020 programme by the European Commission (H2020-LCE-11-2017 under grant agreement n°792103). My colleague, Pegah, is working with me on this project.

We selected communities near Khi Solar One (see the picture on the right), a solar tower thermal power plant, in the Northern Cape province in South Africa to find out their views on how this plant affected their wellbeing. For those of you who are fans of ‘Planet Earth’ documentaries, this province is based in Kalahari region, home to different types of wild animals and Kgalagadi National Park. We have partnered with the University of the Free State (UFS) in Bloemfontein, Prof Lochner Marais and his research team to undertake this case study.

To be honest I didn’t know what to expect in South Africa. During my undergraduate studies, I helped out at Habitat II, the Second United Nations Conference on Human Settlements that was held in Istanbul. I had met someone from South Africa then and he told me about ‘apartheid’. As I like watching Olympics, I also know that South Africa is strong in a number of sports. I like having red bush tea every now and then. And finally yes, I had seen some pictures of ‘shacks’, corrugated iron houses but because I never saw one in real life, they seemed very distant and surreal to me.

Our journey started in Bloemfontein where I had the opportunity to talk about my research on ‘low carbon economy transitions’ at Centre for Development Support at UFS. I met a number of faculty and students to find out about their research interests. Then we met two colleagues from UFS, Jan and Phia, who had agreed to run our focus groups in Afrikaans with us. They took care of all the preparatory work in advance of our arrival. We travelled for six hours from Bloemfontein to Upington. On our way, we saw giraffes, ostriches and antelope running around freely in game fields.

Upington is a small city with a population of around 75,000 people. Our hotel was on the high street in walking distance to many shops and restaurants. Over three days, we ran seven focus groups. some of these were held in guest houses (‘bed and breakfast’ as we call them in England), community halls or a church. All focus groups took place in Afrikaans, though some people talked to us in English. Luckily, Jan was very skilled in writing notes in English in his computer so that we were able to follow the discussions.

My take home messages are that:

I’m hoping that our research to understand how communities near these large plants benefit/ disbenefit from them will inform the communities, energy industry and policymakers so that low carbon energy transition is ‘just’ for us all. Like the trees that are full of energy and fighting for survival in a brown landscape I saw in different places across Northern Cape, I am positive that we can make the world a better a place. We have a lot of work to analyse these issues as perceived by the communities and assessed by the experts via interviews. We will be visiting other global destinations too, so stay tuned.