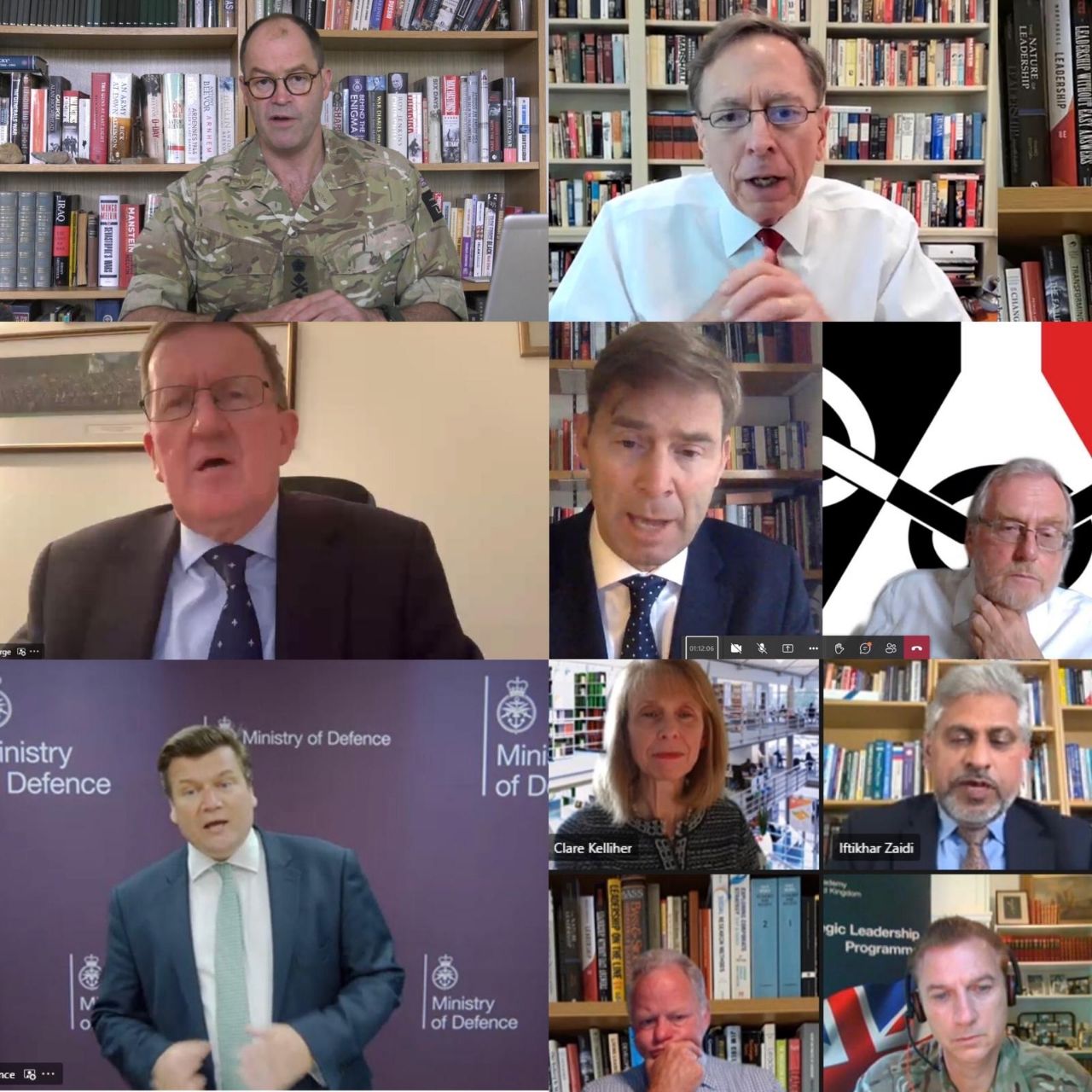 In July each year, the Defence Academy of the United Kingdom with Cranfield University deliver a Senior Strategic Leadership Programme in Shrivenham for five days to 30 senior leaders from 30 countries. The leaders are invited by The Ministry of Defence (MoD).

This year, due to Covid restrictions, the course was run over two days online with a blend of strategic leadership theory and practice. It was attended by 120 senior leaders from 40 countries across the globe.
The course was opened by Major General Andrew Roe, Chief Executive and Commandant, Defence Academy of the UK.

On the first day, Senior British military officers from the MoD explained the critical role of strategic defence engagement and how the MoD interpret the wider strategic context. There were then lectures on strategic leadership’s theoretical frameworks and remote leadership from three Cranfield academics: Dr Bryan Watters, Dr Ifti Zaidi and Professor Clair Kelliher.

Day one concluded with an insightful talk by the Rt Hon Lord Robertson of Port Ellen who discussed the strategic leadership challenges he had faced as the UK’s Minister of Defence and as NATO’s Secretary General.

The second day began with an exploration of policy and the democratic oversight of defence with the Chair, Rt Hon Tobias Ellwood MP and Deputy Chair, Rt Hon John Spellar MP of the House of Commons Defence Select Committee. This was followed by a talk titled, ‘Delivering the Strategic Intent’ by James Heappey MP, Parliamentary Under Secretary of State (Minister for the Armed Forces).

After the Minister’s exploration of defence policy, General Sir Patrick Saunders, Commander Strategic Command, gave an enlightening talk on strategy from the practitioners perspective. This was followed by two lectures from Cranfield academics, Dr David Turns, on command responsibility and the law, and Dr Ifti Zaidi on theoretical perspectives of policy and strategy.

The final event was an interview conducted by Dr Bryan Watters with General David Petraeus, former commander of Forces in Iraq, US Central Command, Afghanistan and Director of the CIA. The interview sought General Petraeus’ personal perspectives on strategic leadership.