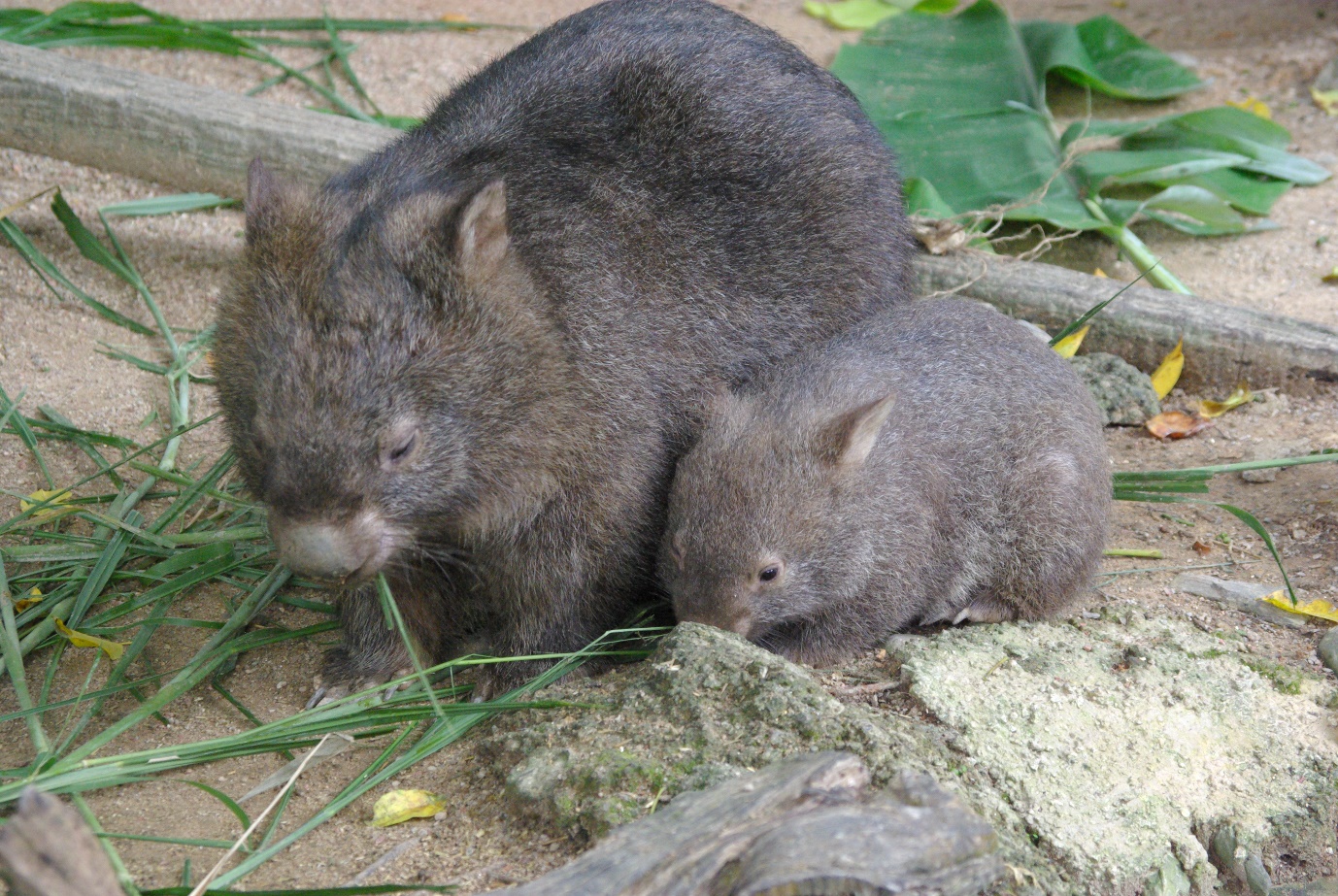 Above is the picture I took of a mother and her baby in Australia, but the story of how they survive really interested me. Their main predator is the dingo and you would think these soft fluffy things would be easy prey for a dingo, but actually wombats kill dingo! So how do they do it?

Firstly, wombats can run at 40 mph. Imagine being overtaken by one of these as you drive down the high street in a 30 mph area! So that is the way they initially escape and get back to their holes.

Once in their hole, the wombat has cartilage around its rear end, so the dingo can’t really hurt it. If the dingo persists, the wombat allows the dingo to start to climb onto its back. Once the wombat has the dingo in this position, it crushes the dingo against the roof of the hole and then once the animal is dead, comes out and removes the body so it doesn’t pollute its home. Quite a performance.

But this got me thinking about how specific the defence mechanisms are. How the wombat has evolved to survive and kill its main predator. But what happens if the threat changes? Wombats were isolated in Australia for many years with a single predator so effectively adapted to this situation, but then humans arrived and introduced other potential threats.

How do our companies survive? How many of us have optimised our offering given the existing environment and competitors? Like the wombat, we may be extremely fast to react in short bursts, but are we really agile enough when the environment changes?

We have had some 40 years to adapt to being in the EU and now we are going to be out again in a short period. If we are on the high street we have had a 150 years of local rivalry, but now this is being completely changed by on-line competition.

The next threat to our businesses may not come from the traditional sources and we may not be as competent in dealing with these new threats as we were in reacting to our old ones. We may not have empowered parts of the organisation to react or develop new solutions. And if we have ossified our management control systems like this, we may find we can change fast enough to survive.