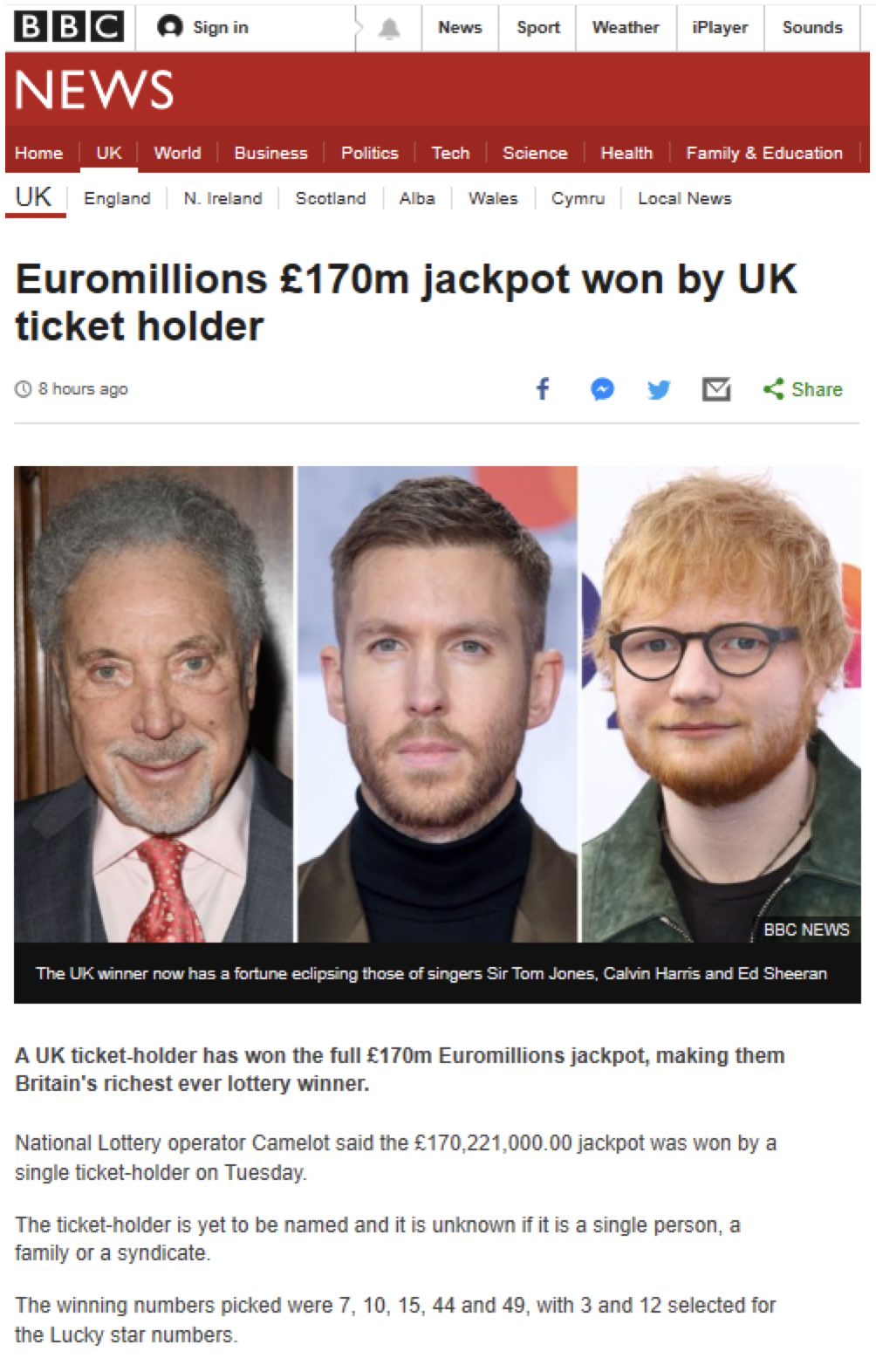 What’s more interesting is that if those balls all started in exactly the same positions (let’s call them starting conditions) and the Lottery machine was started over again (which we’ll assume hasn’t been changed in any way) then would the General Public expect to get the same results 7, 10, 15, 44, 49 with 3 and 12 Lucky Stars? I suspect (but I have no evidence) most people would probably say not, and they’d be right!.

Why do the News, Executives, Police Officers, Hospital Managers, etc. – as well as most of the General Public – think it is worth comparing an isolated result (e.g. Sales or Crime Figures or People who got sick) in one month with a previous result in some other month? The problem is, that if you got 7,237 (who cares whats) in September 2019, and you started September 2019 again at one second after midnight on 01 September with exactly the same starting conditions in a VUCA (Volatile, Uncertain, Complex and Ambiguous – see previous blog on this if interested) world – most people act as if they think they’d still get 7,237 at the end of September!

The world out there is incredibly more complex (not complicated, but complex – see another previous blog on this if interested) than the Lottery (which, by the way, operates in a highly controlled environment) – so the 7,237 result in September was actually an accident.

Yet we keep on going around comparing a latest result versus a previous result and declare “it’s getting worse” or “it’s getting better”, as if these results have significant meaning! And making decisions based on this! And eventually getting into a lot of trouble as a result! Einstein had a word to say about this:

There is another way!