Homepage / More Resources Must Mean Better Outcomes – Right? Or How Variation Can Catch You Out! Part II

More Resources Must Mean Better Outcomes – Right? Or How Variation Can Catch You Out! Part II 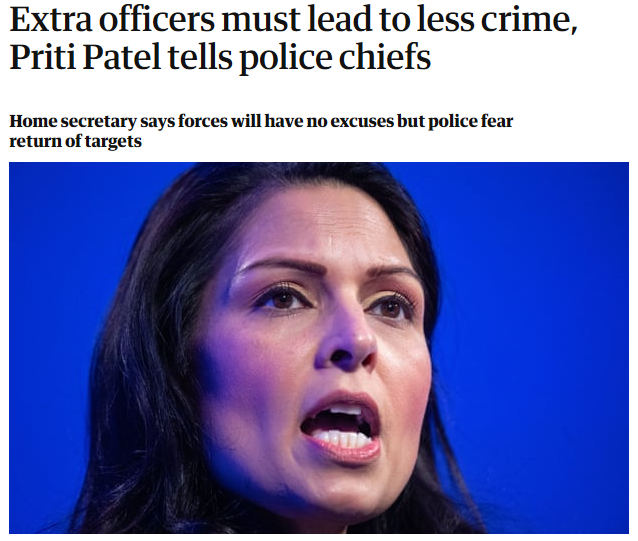 This is the second part of a two-part blog around Variation and the way it can catch people out when attempting cost-cutting exercises or providing additional resources and looking for evidence of benefit.

In Part I, we looked at cost-cutting, e.g. ”Reduce your budget by 15%, and keep the same level of service”. In Part II we’ll be looking at providing additional resources and looking for hard evidence of an increase in service levels. This second approach poses additional problems over and above those outlined in Part I, and makes Priti Patel’s job rather difficult as she tries to seek to show benefit from adding 20,000 officers to a force of around 123,000 (an approx. 16% increase).

Let me explain. In the cost-cutting scenario, the “simple” requirement is to reduce costs and to keep service levels across the board at their current level. When supplying additional resources, a number of complexities can arise:

In Part I, we introduced and described a Simulator used for educational purposes, so we’ll not repeat those details here. We’ll use this Simulator to illustrate what can happen to Outcomes when Resources are increased.

To keep this as simple as possible, we’re going to look at the Overall Completion Rate and the Overall Success Rate for 4 simulation runs, with a small amount of Variation in Stage Job Completion Time, with 5, then 6, then 7 and finally with 8 people at each Stage.

So, with a 20% uplift in Resources from 5 to 6 Servers at each Stage, we’ve almost doubled Overall Success Rate to 9.8%.

So if we add one more Server to each Stage, perhaps we can double Overall Success Rate again? The results are shown below.

So Overall Success Rate has just over doubled again to 19.3%, with a 16% uplift from 6 to 7 Servers at each Stage. So, now, brimming with confidence we might expect that an additional Server at each Stage may get us around double again (around 40%). The results are shown below.

So Overall Success Rate is now 95.1% vs 19.3% with an increase of 14% in Resources from 7 Servers at each Stage to 8 at each Stage. This is more than a quadrupling in Overall Success Rate. It is this “non-linear” or difficult to predict behaviour when trying to balance Resources with Demand that is the result of hidden Variation, and which nearly always catches people out – laymen and experts alike!

The simple simulation runs above illustrate the complexity we are dealing with (the real world being significantly more complex).

Furthermore, the above is just one set of possible results in the spectrum of results caused by Variation in Stage Job Completion Time.

And it’s not obvious that any organisation would be prepared to live with such low Utilisation Rates above!

Without knowing and understanding things, such as WIP and Utilisation, along with Variation, that are often not measured by organisations, simply adding Resources can deliver unpredictable Outcomes. Without knowing Utilisation Rates and WIP for each major Business Process (Incident Response, Crime & Investigation, Criminal Case Preparation etc.), in each and every of the 43 Forces nationally, simply asking the Police Service to deliver less Crime, might be a reasonable ask, but to put any specific figures on what less actually means, would be statistically criminal!

Now Dominic Cummings knows this – the question is, how many Government Ministers are aware of this?

And if Priti Patel expects to see an uplift in Outcomes as a result of a 16% uplift in Resources – she’d better be looking at this statistically, otherwise she may get it very wrong indeed!