Homepage / Data Democratisation and the Trouble with Rolling Averages

Data Democratisation and the Trouble with Rolling Averages 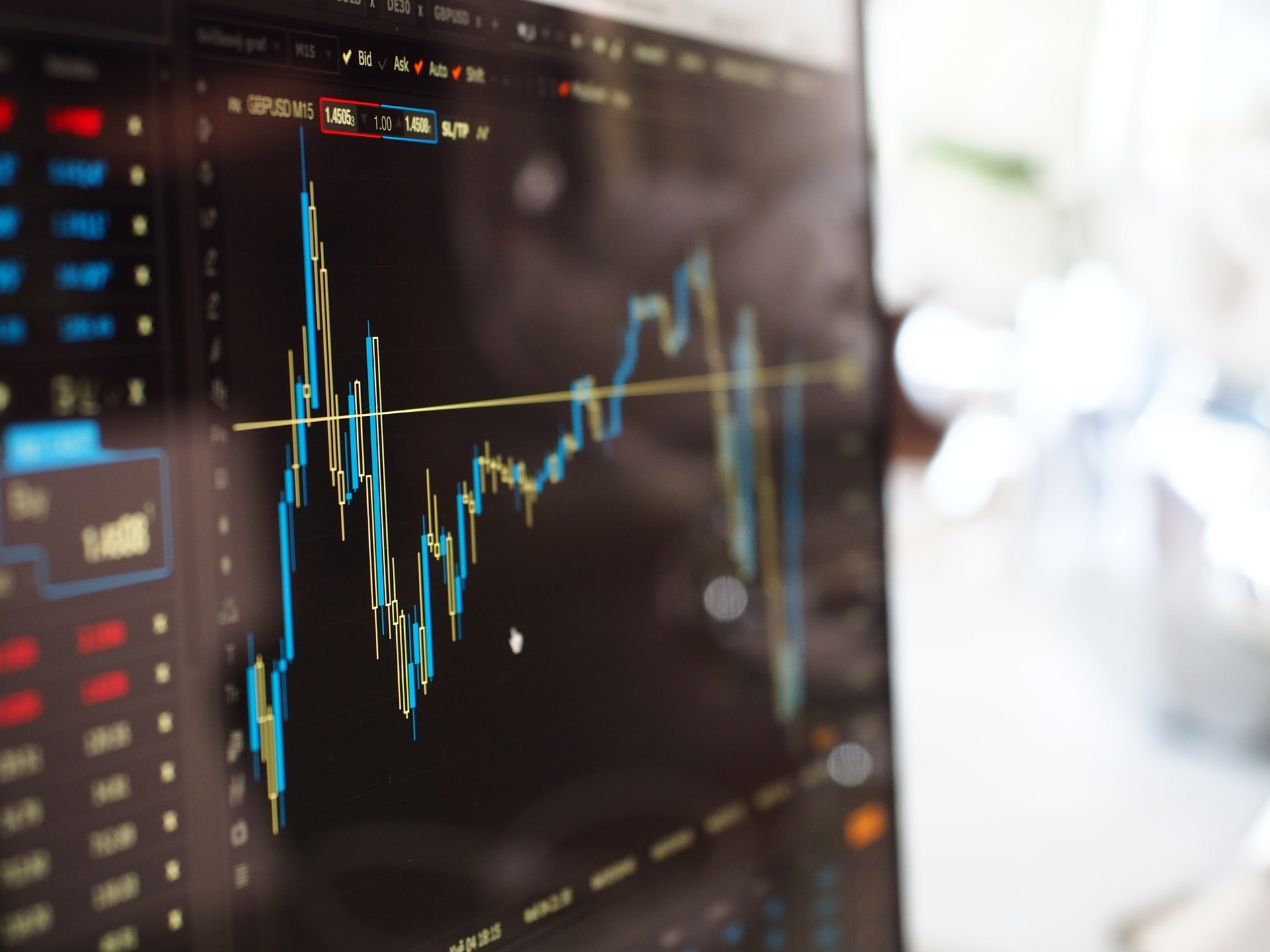 I was watching a webinar the other day with various luminaries adding weight to a subtle sales pitch. Two of them were talking about future trends – one claiming data democratisation (Google it!) was spreading like wild-fire and was to be encouraged, while the other spoke about it being a myth. I’m with the latter – and much more in favour of information democratisation. Letting every person and their dog have access to any data so they can interpret it any which way they can – in my view that’s a recipe for much activity, confusion and wasted effort…

Let’s take just one of many examples – the application of moving average charts to data. It is often used to look for trends, cutting out the amount of “noise” (uppy-downy movements in data over time) in the data. Investors use it for example to cut out the ups and downs in trading to see where a certain stock is generally heading – and good luck to them! Those trained in statistics may use these kinds of charts to smooth out seasonality so they can see any signals where data is breaking out of that seasonal pattern.

So what is the effect when we look at some of these charts?

Here’s a 12-month moving average chart of some data (out of context to demonstrate the point): 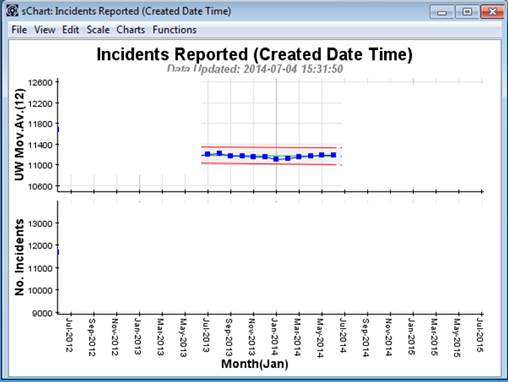 But putting this in context we see a different picture – one that we might want to take action on: 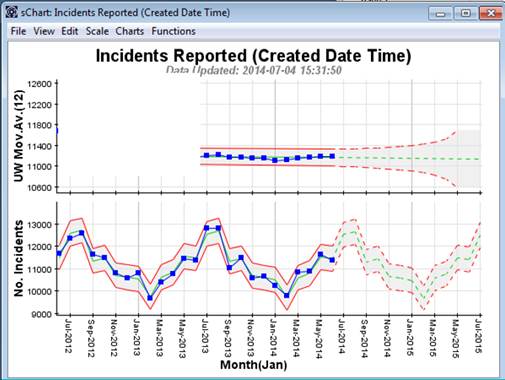 So, in context we see there is a strong seasonal pattern, with high volumes in July and August and low volumes in February! The Moving Average Chart above would look like the same picture if the underlying data were flat rather than seasonal. So the Moving Average loses information about what is actually going on! It does not help in taking corrective action. The extended-SPC chart (showing the seasonal pattern) allows officers the opportunity to focus their efforts when Incident volume is high in July and August in order to have maximum impact. 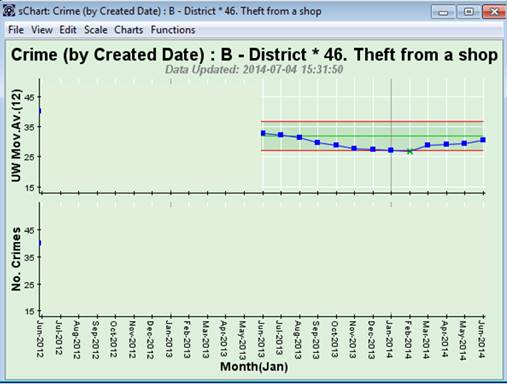 But wait up! When we look at the data in context, we see a very different picture: 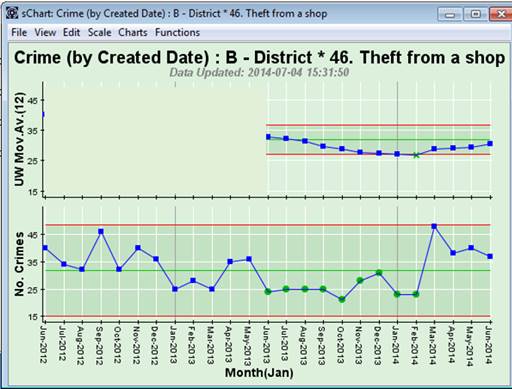 So actually, there’s nothing special about February 2014 at all! February is just part of a run of low results since June 2013 (when actually earlier corrective action was taken by the force to reduce shoplifting). The February 2014 signal in the Moving Average Chart above is actually as a result of the previous high values for months up to February 2014 dropping out of the 12-month moving average calculation! So the Moving Average Chart can be misleading taken out of context – which they usually are!

Or alternatively, you could standardise on the one Dilbert chart above – it might be just as useful!