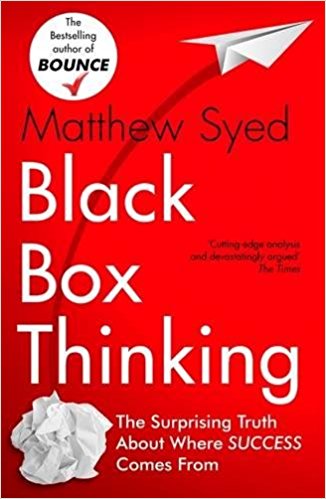 We were just reflecting at the latest Round Table on Matthew Syed’s book “Black Box Thinking” (2015, John Murray Publishing, London) and in particular on learning from failure.

So what I have done here is pull out some of the lessons which are really relevant for organisational learning. Syed compares the learning culture of the US Health Care Industry with the Aviation Industry and talks a lot about transparency, openness, reporting and the opportunity to learn from mistakes. The quote I really love is from Sullenberger (page 44) reflecting on his UA Airways Flight in 2009 which he “successfully” landed in the Potomac River after losing all his engines in a bird strike.

“Everything we know in aviation, every rule book, every procedure we have, we know because someone, somewhere died … We have purchased at great cost, lessons literally bought with blood that we have to preserve as institutional knowledge and pass on to succeeding generations. We cannot have the moral failure of forgetting these lessons and have to relearn them.”

Syed also talks about organisations being open to learning or not.

“For our purpose, a closed loop is where failure doesn’t lead to progress as information on errors or weaknesses is misinterpreted or ignored; an open loop does lead to progress because the feedback is rationally acted upon.” (page 15)

From the book we also distilled a list of reasons why organisations don’t learn.

And finally, some challenging questions to ask yourself about whether or not you learn as an individual. Syed’s comment is if you answer no to any of the following, then you are not open to learn!