Homepage / Adam Nemenyi; How to build and sell a business successfully

Adam Nemenyi; How to build and sell a business successfully 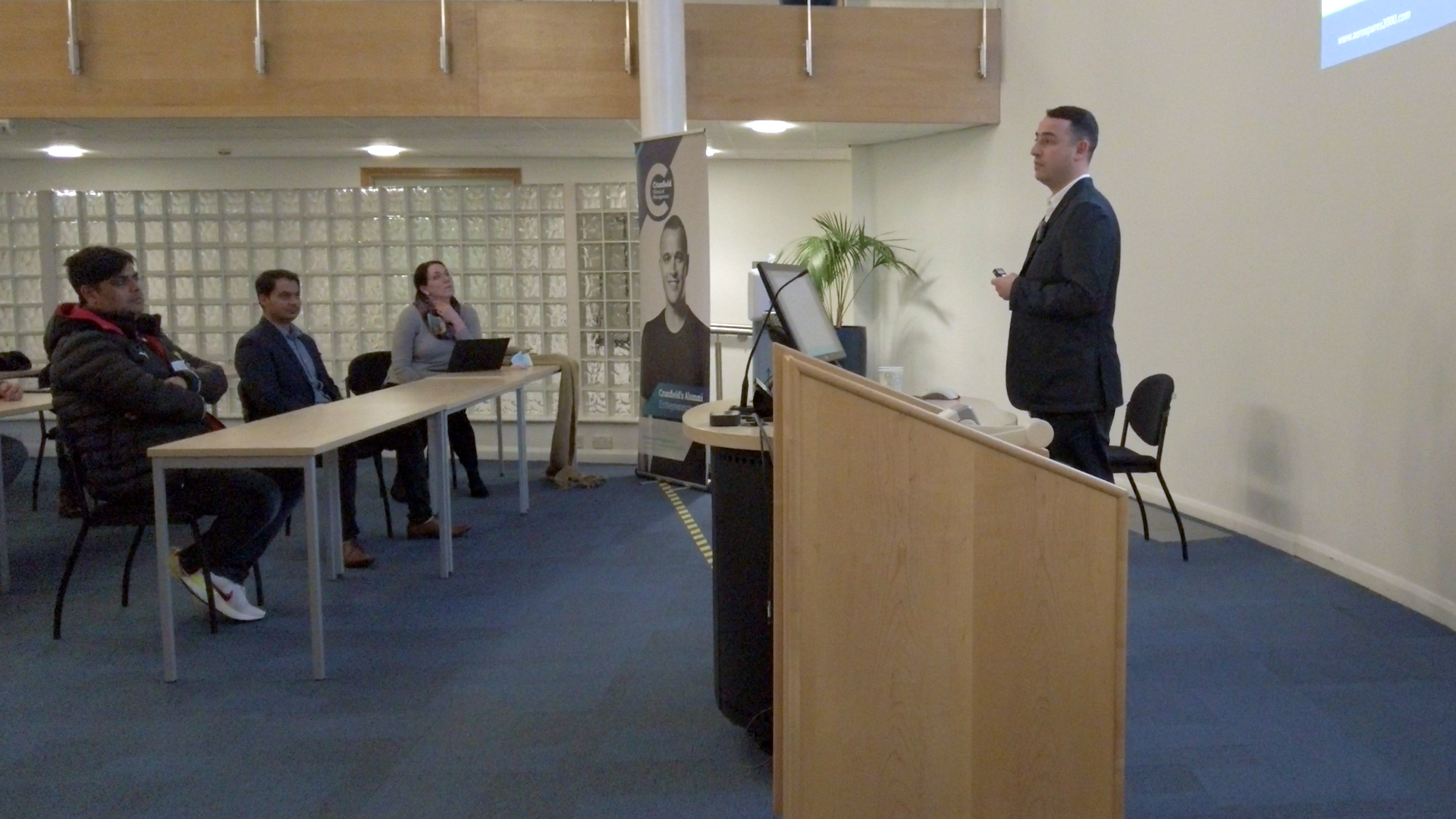 December 31 2019 might chiefly be remembered as the date that the outbreak of Covid-19 in Wuhan, China, first came to world attention. In Adam Nemenyi’s case, however, the news brought not so much anxiety as an overwhelming sense of relief. Earlier that same month he had finally sold his business Aerospares 2000, in the face of contrary advice from many other people. Adam had ignored their voices and his judgment had been vindicated: as he put it, he was on the last flight out of Dodge.

On Thursday 10 February Adam came back to Cranfield to tell his story and to launch our 2022 series of Guest Speakers. After so many months of presentations delivered over zoom, it was great to welcome back a live audience, as well as those who joined us remotely.

Adam describes himself as ‘not exactly a model school pupil’.  Academic subjects frustrated him and he was motivated only by things he considered to have a practical application. But he had two things going for him. First, he came from a family with a strong history of entrepreneurship; family dinners, he says, were more like board meetings. Second, from an early age he had a passion for aviation, and would go on to acquire a pilot’s licence. When he enrolled as an undergraduate on a business studies sandwich course, he spent his year in industry working in an aircraft parts firm, building an encyclopaedic knowledge of the industry. It was to prove an invaluable asset when he came to found his own company, Aerospares 2000, in 2003, and turn his passion into a successful business.

The foundation of the new venture was Adam’s belief that he could solve an urgent problem better than existing providers. Too many business founders, in his opinion, make the mistake of chasing the money rather than providing a differentiated solution to a customer’s problem. In his industry every minute that an aircraft is sitting on the ground, unable to move because a part needs replacing, represents a significant cost to the operator. Incumbent suppliers might provide that spare within the hour. Adam’s alternative vision was that Aerospares would have the part already on site, available for immediate collection: a compelling value proposition. His experience in the industry had also taught him the applicability of the Pareto principle, or 80/20 rule. He knew which spare parts were in greatest demand, the length of replacement cycles, and was able to organise his buying and stockholdings accordingly. Adam combined that knowledge with a relentless focus on efficiency and driving out costs. Unsurprisingly, he was able to grow a business delivering impressive net margins of 20-25%.

His advice on how to achieve a successful sale was no less compelling. In part it was engagement with Cranfield that triggered this. A great believer in self-development, Adam had considered taking an MBA.  As an owner-manager, however, he concluded this would place too many demands on his time. When the Business Growth Programme came to his notice he realised there was a course at a respected institution that would meet his needs. On appraising Aerospares, Adam’s BGP counsellor John Kerr – who had been through a company sale himself – raised the possibility that now might be the right time to go to market.  All the right indicators were there: a steady growth trajectory of sales approaching $45m; a history of strong and continuous profit; a high degree of automation; a fabulous customer base; and outstanding margins. Adam had created a textbook example of the BGP recipe for growth: find a niche in which you have a sustainable advantage, and go all out to dominate it.

For his part, Adam identified his “magic number” – the attainable price at which he would be prepared to sell. In addition, all of his eggs were in the one basket of Aerospares 2000 and it was better to be a cash millionaire than a paper one. What clinched the decision to crystallise the value he’d created was the passing of a close friend.  Life was just too short to prevaricate.

Regarding the selling process itself, Adam argues that there are five key figures; two inside the business and three without. Within the business, the critical duo are the chief executive and the finance director, who will both be under intense scrutiny from potential acquirers. Adam paid generous tribute to the Cranfield team for helping him find the right financial expertise required to support a growing company of his size. If possible buyers are confident in the two key individuals, Adam maintains, the process has a much greater chance of success. External to the business the key figures are the law firm, the accountant and, most importantly, the corporate adviser. If you plan to sell a business, make sure that you select this person, and not the other way round, Adam advised. There are many people out there who talk a good game, but you need to be 100% confident that they can deliver.

In the run-up to the deal, preparation is everything. You need to have in perfect order all the documentation which the buyer’s due diligence team will be combing through. The venture capital house that bought Adam’s business saw that Aerospares had the best margins in the sector, and were satisfied that under their aegis they could take the business to the next level. On his side of the table, Adam was happy with the money the buyer was putting up on the day the transaction was agreed. He remains very happily employed within the business, doing newer and bigger deals, only now with the help of an investor with deep pockets.

A closing thought from Adam on the subject of luck: you make your own. The harder you work, the luckier you get!