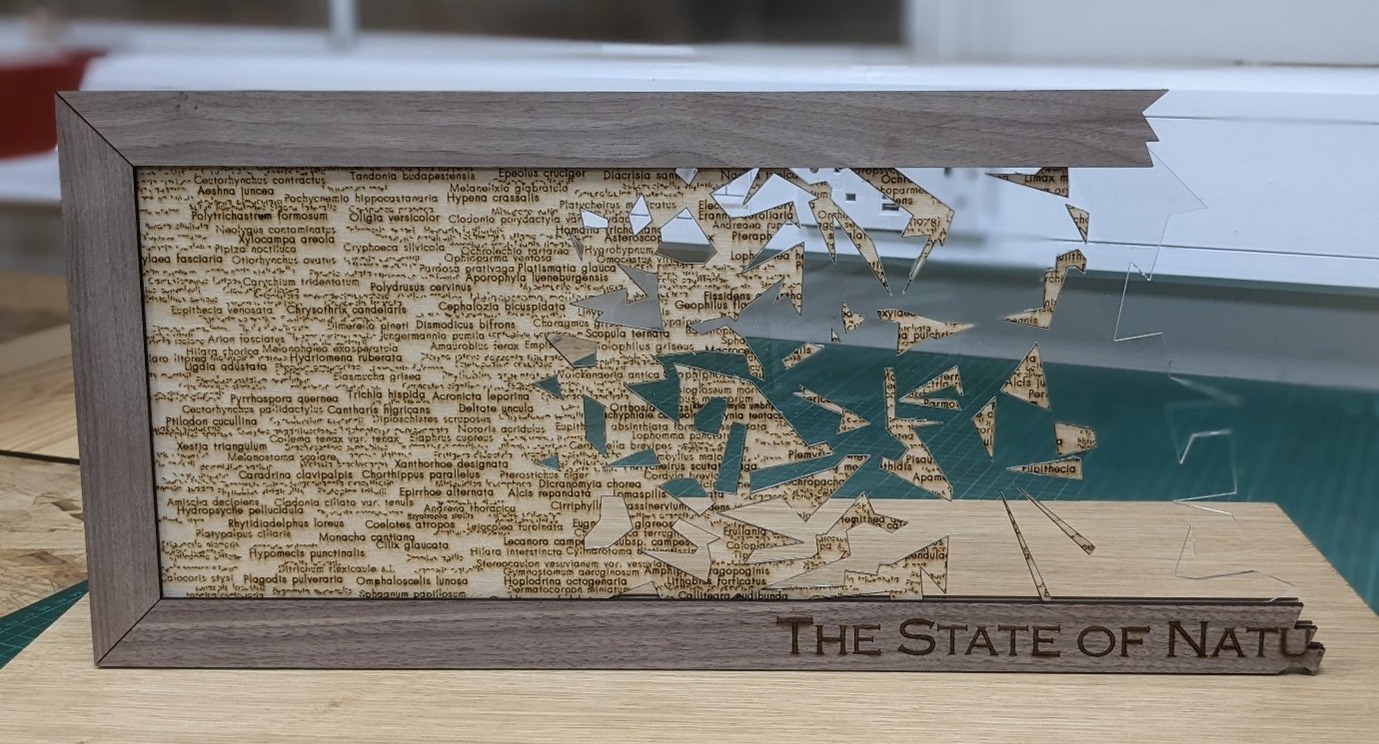 We have just completed running for NERC their first ‘Constructing a Digital Environment’ (CDE) conference ‘#CDE22’, hosted at the University of Birmingham from 10-12 July 2022. A hackathon was run in parallel with the conference on the theme of “Bridging data sciences and the public with art” with the aim of turning environment data into an art form.

We are delighted to report that Dr Tom August has been declared winner following a unanimous judges’ decision and is awarded the top prize of £3,000. His artwork, An Incomplete Picture explores the biodiversity crisis in the UK based on the data in NERC’s EIDC, highlighting the limitations of that data that mean “that our estimates of the species’ trends is very uncertain, and for other species we have no data at all, we simply don’t know what is happening to them.” Tom manipulated the statistical data into word clouds that were engraved onto birch plywood with clarity of the words signifying uncertainty and with gaps of clear acrylic indicating missing data, all enclosed in an incomplete walnut veneer frame.

The Hackathon, run by Prof. Albert Chen and Barry Evans of Exeter University, commenced at 3pm on Sunday 10th July and ran until the end of the conference on Tuesday 12 July. Unusually a hybrid format was attempted, with a small number of participants engaged in the room, but the majority participated remotely. The aspiration for more in-person participants was perhaps thwarted by the Sunday start, the hot weather and various travel disruptions. The 17 participants eventually resulted in 5 high quality team and individual submissions, that have been judged over the last week. 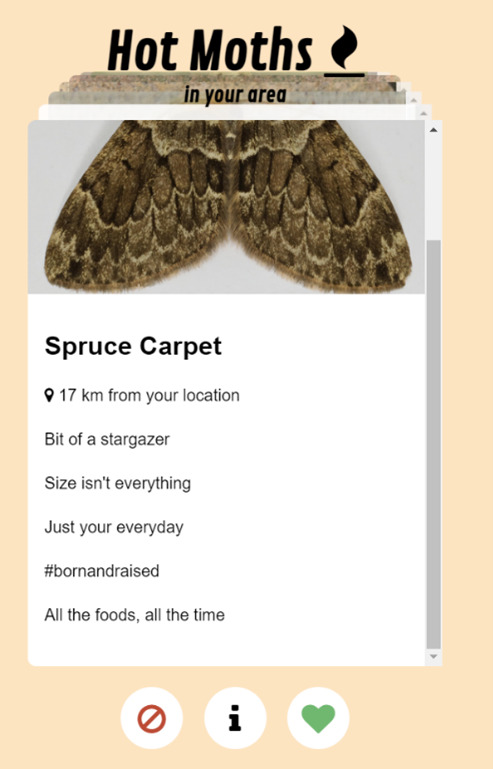 The runner up, winning a prize of £1,500, was Hot Moths! by Simon Rolph and Matt Brown, a piece of art that helps users appreciate the diversity in an underappreciated taxonomic group.

Third place, with a prize of £500, was awarded to Exposome: showing how climate change impacts global health by Mehdi Khoury, Alex Chatzistefanou and Gordon Rates. They provided a very informative visualisation website allowing users to learn the climate change impact on human health.

The remaining two entries were Microplastics by Shreya Badchariya – a poem and infographic to highlight the microplastics issue in River Thames – and EstuaRisk by Chien Nguyen, which offered an interactive web map to inform the public about flood risk.

Most entrants were able to participate in a 5-minute “show and tell” session in front of the #CDE22 conference audience in their final session on Tuesday afternoon, which was greatly enjoyed by all. Delegates were impressed by how much had been achieved in just 48 hours. We are grateful for those who took time out to do this in the last hours before the submission deadline!

Our Twitter posts of the hackathon events went out tagged #CDE22. 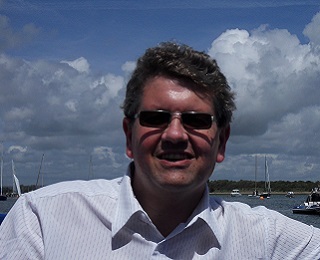 John is a postdoctoral researcher with a background in applied physics and engineering, specialising in remote sensing and GIS. His recent PhD on “Estimating field-scale soil moisture using SAR remote sensing and the COSMOS-UK network” has been followed by investigations into river geomorphology and vegetation using remote sensing.