The secrets of great paper aeroplanes 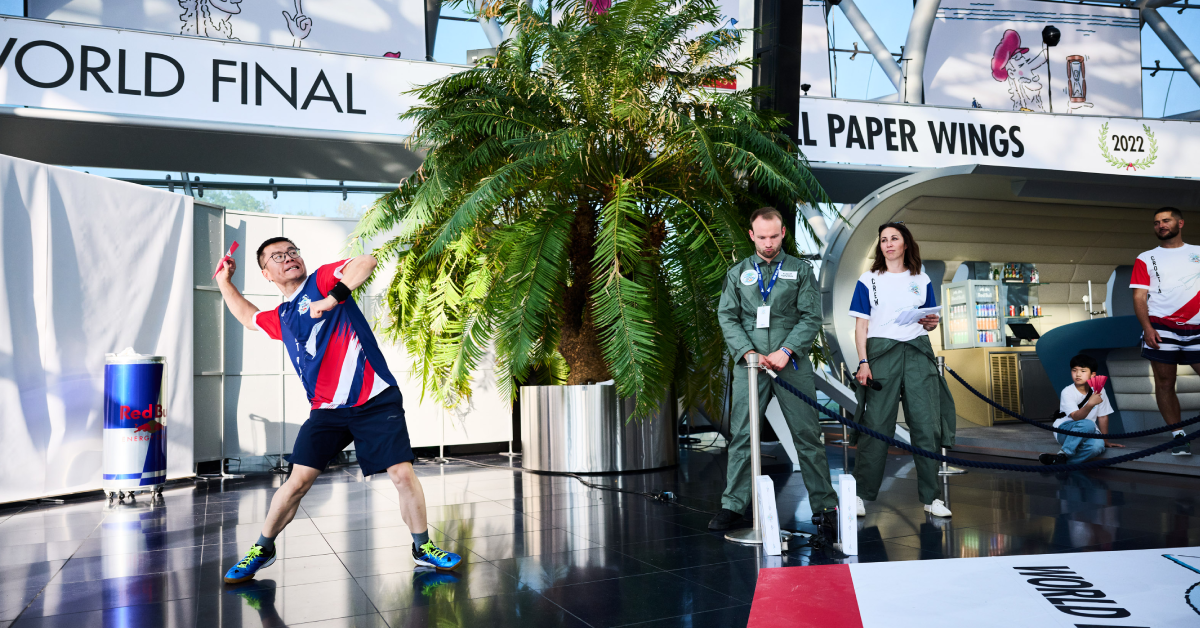 I am delighted to be involved in the preparation and judging of the Cranfield Great Paper Aeroplane Competition for our aerospace MSc students. The Cranfield paper aeroplane competition is organised and has been sponsored by the Cranfield College of Aeronautics Alumni Association for many years. The competition has four cash prize-winning categories:

The aeroplane must be constructed from paper and glue only (except for the stored energy flight). There are no limitations on physical dimensions. A panel of judges will assess the flight and merit of the designs. I have won twice in the greatest linear distance category. 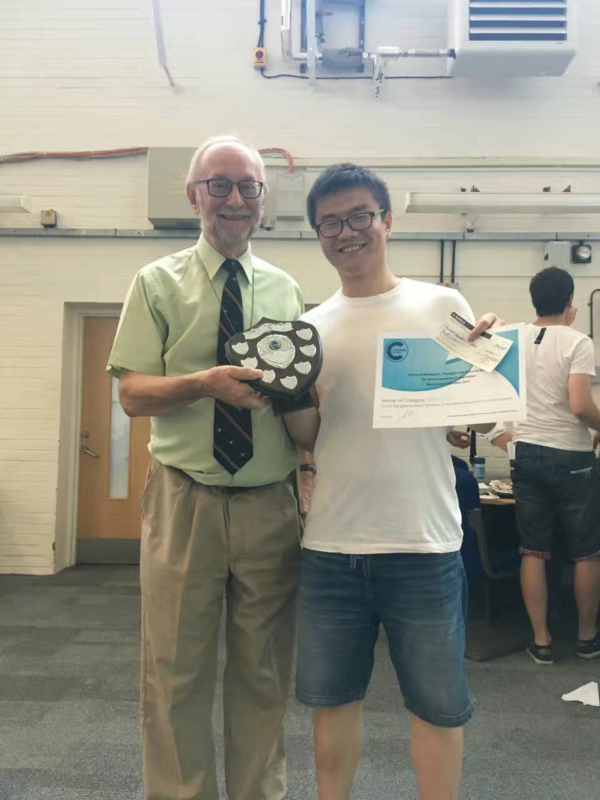 As I reflect on my ‘secrets’ of great paper aeroplanes, I realise that there are three main aspects for paper aeroplane makers: design, build and fly.

The designs of the paper aeroplanes have been optimised by trial-and-error through a large number of design cycles. Similar to the biological evolutionary process, the most popular designs have shown to be the most performing. Therefore, I would suggest not starting from scratch, but starting with some well-performed designs. Standing on the shoulder of giants, you are more likely to stand out, if you can make some difference.

Like many kinds of real aircraft, there are many kinds of paper aeroplane designs. Some designs target longer distances, which are usually featured with a dart-like configuration to reduce drag. Some designs target longer airtimes, which are usually featured with larger wing areas to maintain a high lift-to-drag ratio. Some designs can fly acrobatically, which can fly a loop by shifting the centre of gravity positions backwards or have flapping wings utilising the aeroelastic effect. 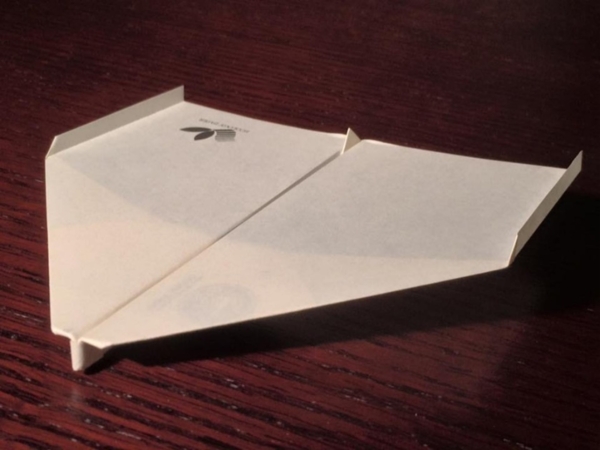 Precision is important for both real aeroplanes and paper aeroplanes. If the wing of a paper aeroplane is not visually symmetrical, it is more likely to roll or spin. Sometimes, a ruler and a pencil are needed to help with the precision of the folding.

One more practical tip is to glue the wings together so that they will not open wide in the air. Otherwise, there will be a huge loss in the aerodynamic efficiency. 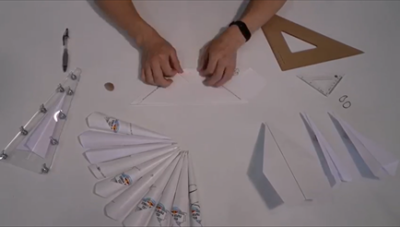 The angle and speed you throw at the influence the paper aeroplane’s flight performance. Unlike a real aeroplane, a paper aeroplane has no power or control devices during its flight. Too small or too large of the throwing angle will result in a short flight distance. To fly for longer airtime, you had better throw your aeroplane as vertical/high as possible so that it can gain higher potential energy. To find out the correct throwing angle for your aeroplane, you need to keep practising.

The faster the aeroplane flies, the more likely it travels a long distance. For a dart-like design, the wing area is small, therefore, the stall speed is high. A larger airspeed can help the aeroplane to stay aloft. If you want to throw it faster, a pre-run can help to increase the speed and some muscle buildings are definitely helpful. However, for some larger wing designs, the rigidity of the aeroplane is low. A very high throwing speed can cause a deflection of the paper and result in a flight failure.

I really hope this information will enable you to go and practice with your own paper aeroplane designs. 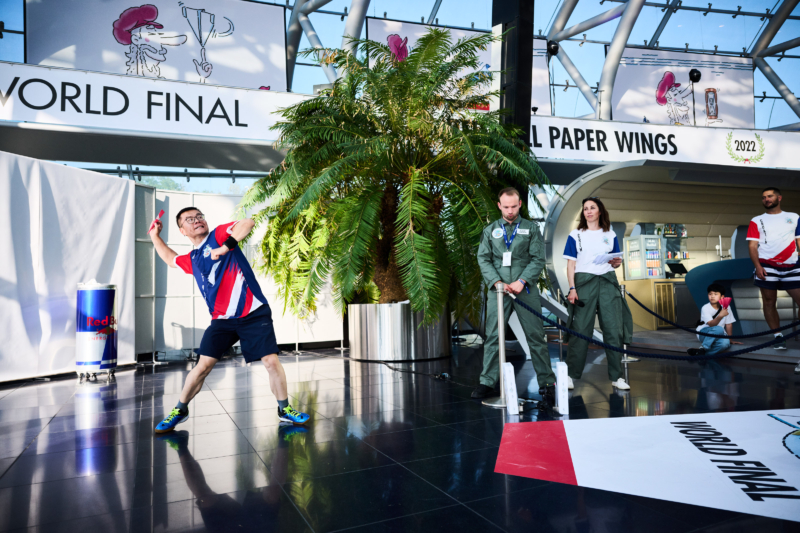 Yicheng Sun of Great Britain performs in the Longest Distance discipline during the Red Bull Paper Wings World Finals 2022 in Salzburg, Austria on May 14, 2022.

Want to get involved in this year’s Great Paper Aeroplane Competition? Four cash prizes to be won!

Sponsored by the Cranfield College of Aeronautics Alumni Association (CCAAA)

Our Paper Aeroplane Competition is open to all staff and students at Cranfield University.

Winners will be in four categories and prizes will be awarded for the aircraft that:

* Any kind of onboard stored energy is acceptable.

**The aircraft will have to fly well and a one page design review will be required. 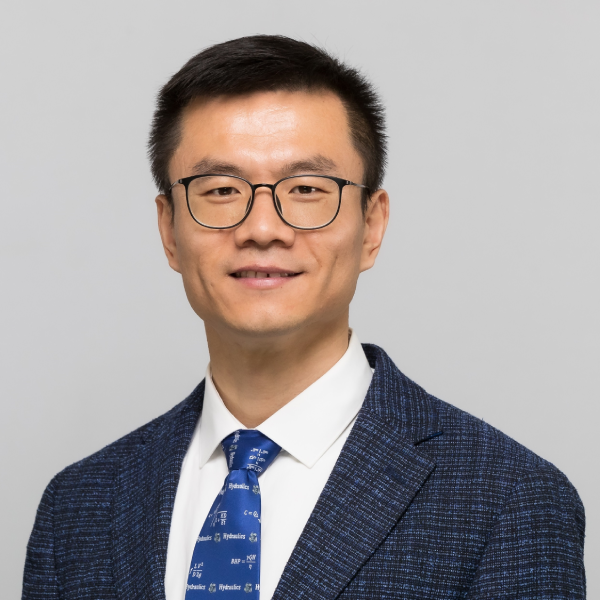