Homepage / Student flight experience – a new perspective from the sky 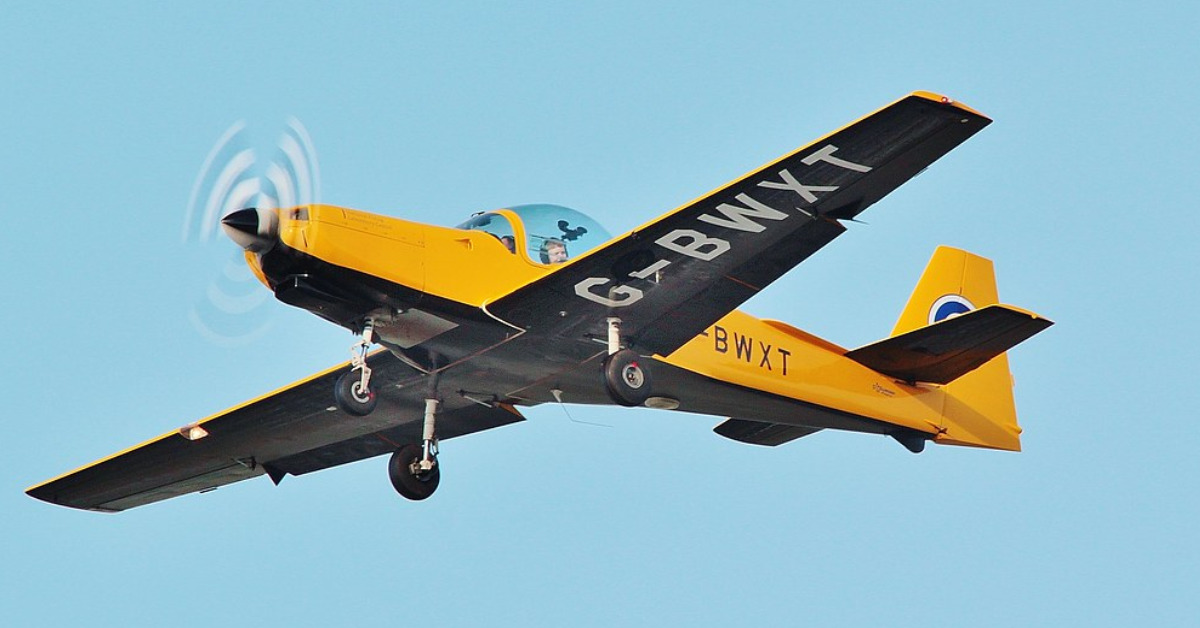 After a long rainy day, I was tired enough to go to bed on a Tuesday evening. On normal occasions, I would fall asleep rather quickly, but this was not a regular evening! It was the day before my first individual Student Experience Flight with the National Flying Laboratory Centre – part of the MSc in Aerospace Dynamics.

The feeling was synonymous to a childhood Christmas Eve – although Christmas comes every year and the chance to fly in an acrobatic aircraft and carry out mind-bending manoeuvres is a once in a lifetime opportunity.

Whilst feeling excitement about the next day, plus a bit of worry about the weather, hoping it would be good enough to fly (since England’s weather is quite unpredictable) I fell asleep. Luckily, I woke up to a bright sunny day!

Rushing to the University to attend the flight briefing at 0900 from the NFLC light aircraft flight instructor Mr Pete Hughes, my nervousness was through the roof! But the flight briefing and a straightforward plan laid-out by Mr Hughes of what was going to happen on the flight helped me to attain presence of mind and calm down. After the briefing I followed Mr Hughes onto the airfield and saw the tiny yellow aircraft that could barely fit two passengers. “That’s the Slingsby T67 Firefly, our aircraft for today,” said Mr Hughes. We boarded the aircraft and plugged in our transponders. After a while Mr Hughes communicated to the ATC “Aeronaut 08, ready to taxi!” and the ATC responded, “Aeronaut 08, cleared for taxi!”. I realised in that moment, that this was really happening!

Within minutes we were in the air. Whilst airborne we observed the Cranfield University campus below us, the town of Bedford on my left hand side and the city of Milton Keynes on the right.

Following the briefing plan, we performed several manoeuvres. It is not a normal flight when you bank at an angle of 600 and simultaneously experience a force of 2g. Other simplistic manoeuvres included exploring the effects of controls on the aircraft and trimming the aircraft. The one that was most interesting was getting a chance to experience a stall and recovering from it. I also got a chance to perform some of the manoeuvres myself when Mr Hughes handed me the controls of the aircraft. After some basic manoeuvres, we were now ready to do some acrobatics. As the aircraft pitched up and rolled with the portside wing going down, and the starboard side wing rising on the other side, I felt the adrenaline rush and moment of excitement as we hung upside down in the aircraft, and the aircraft momentarily entered barrel roll. This certainly was a novice perspective towards the field of aerospace that I have been studying in the classes and totally bought the theory to life. Within seconds we were back to straight and level flight. Mr Hughes asked if I would like to do that once more, I nodded to him ‘yes’! We did two more and then headed back to the airfield.

During the return journey, we observed lush green fields of farmland alongside a solar field beside the Cranfield campus plus wind turbines further away as we descended from the clouds towards runway 21. 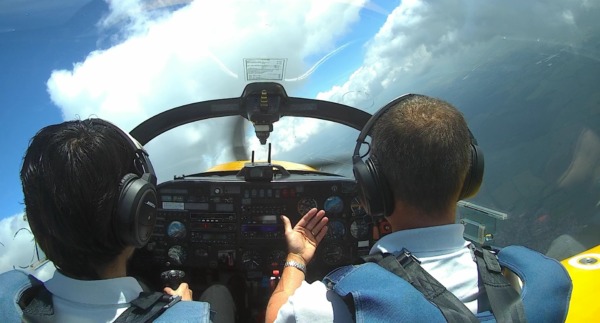 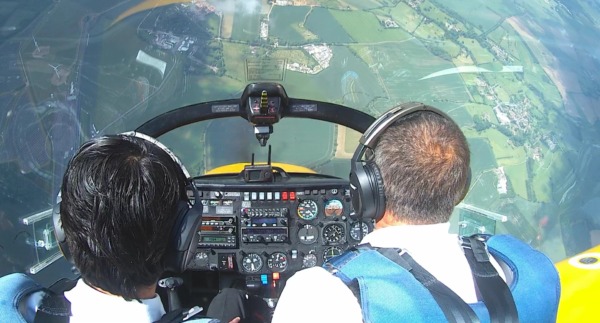 Back in the briefing room Mr Hughes provided me with the video recordings from the flight, I expressed my gratitude and walked out of the room. I eagerly awaited for my second light aircraft flight to be scheduled. I knew it was going to be twice as acrobatic as compared to the first one. Some time later and just after watching the movie ‘Top Gun – Maverick’, the same process followed during my second flight. And sure enough, it was twice as fun!

This time the manoeuvres were more dynamic and scarier than those of the first flight. Stall recovery and barrel rolls at this point were the least scary manoeuvres among all! The ones that followed such as stall turns, loops and the most terrifying spin recovery were extraordinary. During certain parts of flight, the g-force ranged between -1g to 3.5g and Mr Hughes trusted me enough to give me a go at couple of barrel rolls myself.

Both of these flights helped me gain a perspective to a part of the Flight Dynamics and Controls (my major in MSc in Aerospace Dynamics) that I had never imagined in a practical way, because it is quite difficult to fathom just reading out of a textbook. Experiencing these flights engraved all of the knowledge of static stability and dynamic stability of aircraft, including the ways to perform certain flight tests, into my brain. Having experienced it practically, I can say that the theoretical knowledge isn’t enough to have a deeper understanding of an aircraft.

Aerospace Dynamics MSc students have the opportunity to fly two Student Experience Flights as part of their MSc course.