Homepage / My experience at the British Antarctic Survey

My experience at the British Antarctic Survey 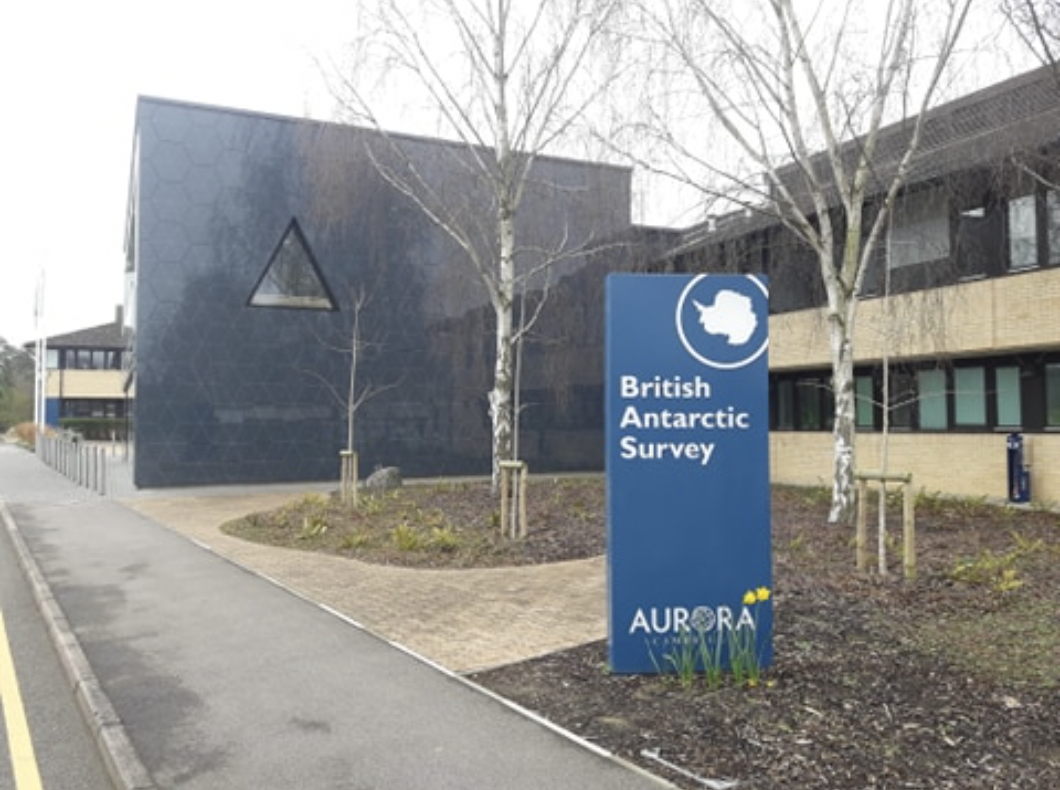 Last month I had the chance to visit one of the most fascinating science institutions that I know in the United Kingdom, the British Antartic Survey (BAS). It is an institute of the Natural Environment Research Council, and it has been delivering and enabling world-leading interdisciplinary research in the Polar Regions for decades. Its head quarters are in Cambridge, which is where I was invited to. They perform science and research in the Polar Regions: Antarctica and the Arctic but also in some other exotic places like the Himalayas. Their main goal is to advance our understanding of Earth and our impact on it, one of the current focuses is on the most precise estimation on the rise of sea level due to the melting of polar glaciers.

I was selected to participate in the program UK Polar Horizons, which is part of the Inclusion Program that they have at BAS. 20 students from different universities in the UK gathered in such a relevant building to be taught about the science of the Polar Regions, and meet professionals with similar backgrounds and jobs to ours. There were students who were studying masters and PhD in paleoclimate, atmospheric analysis, archeology, marine biology and remote sensing. This last one is the field I am most interested in, as I did my Bachelor Degree dissertation in a preliminary design of a satellite to monitor glaciers in the Sierra Nevada, a mountain range in the South of Spain. And it is key to control the evolution of Antarctica and the Artic, there are whole teams observing and calculating the effect each particular glacier has on the rise of sea level.

We had the opportunity to meet Stuart Doubleday, the Administrator of British Antarctic Territory, a sector of Antarctica claimed by the United Kingdom. He explained to all of us the significance of BAS and the role of the UK in the Antarctic continent, a region on Earth dedicated to science and the preservation of wildlife.

We also had the chance to meet top level researchers who have been to Antarctica or the Artic and also professionals with great responsibility in this insitution. We met experts such as Donna Frater, Head of diversity in Polar Science, David Bowen, Director of Science of BAS, Jane Francis, Executive Director of BAS, Michael Bravo, Director of Scott Polar Institute, and many more. We were told about how we can analyse the air bubbles trapped in ice thousands of years ago and know what the climate was like a million years ago, and we touched and heared ancient ice with our own hands. We were also shown Antarctic fossils from dinosaurs and primitive cephalopods.

I guess I always have had a deep concern with climate change and that is what has made develop my career in the field I work on. After my Bachelor Degree in Aerospace Engineering in Madrid I am now studying an MSc at Cranfield in Astronautics & Space Engineering, to continue my education in satellites, remote sensing and the improvement of Earth by using the tools we have to understand it. But it is not just something Astronautics graduates can do, we require field experts in geology, energy or water resources to apply the discoveries we make. If you are particularly interested in the Polar Regions, some of the background readings you could read are “Arctic Adventure: My Life in the Frozen North” by Peter Freuchen or any book about Ernest Shackleton. There are also interesting documentaries such as “An inconvenient truth” or its sequel “An inconveniet sequel” by Al Gore, and “Before the flood” produced by Leonardo DiCaprio.

But climate change is a global issue and will need the help of all individuals to accomplish the reduction of CO2 emissions and make our planet safer for human life. It is on our daily actions that we can mitigate the carbon footprint we have on Earth, that we can help keep Antartica and the Artic safe, by not altering the sanctuary of biodiversity these areas represent.