Homepage / Getting to know Magdalena Grzybek…

Getting to know Magdalena Grzybek… 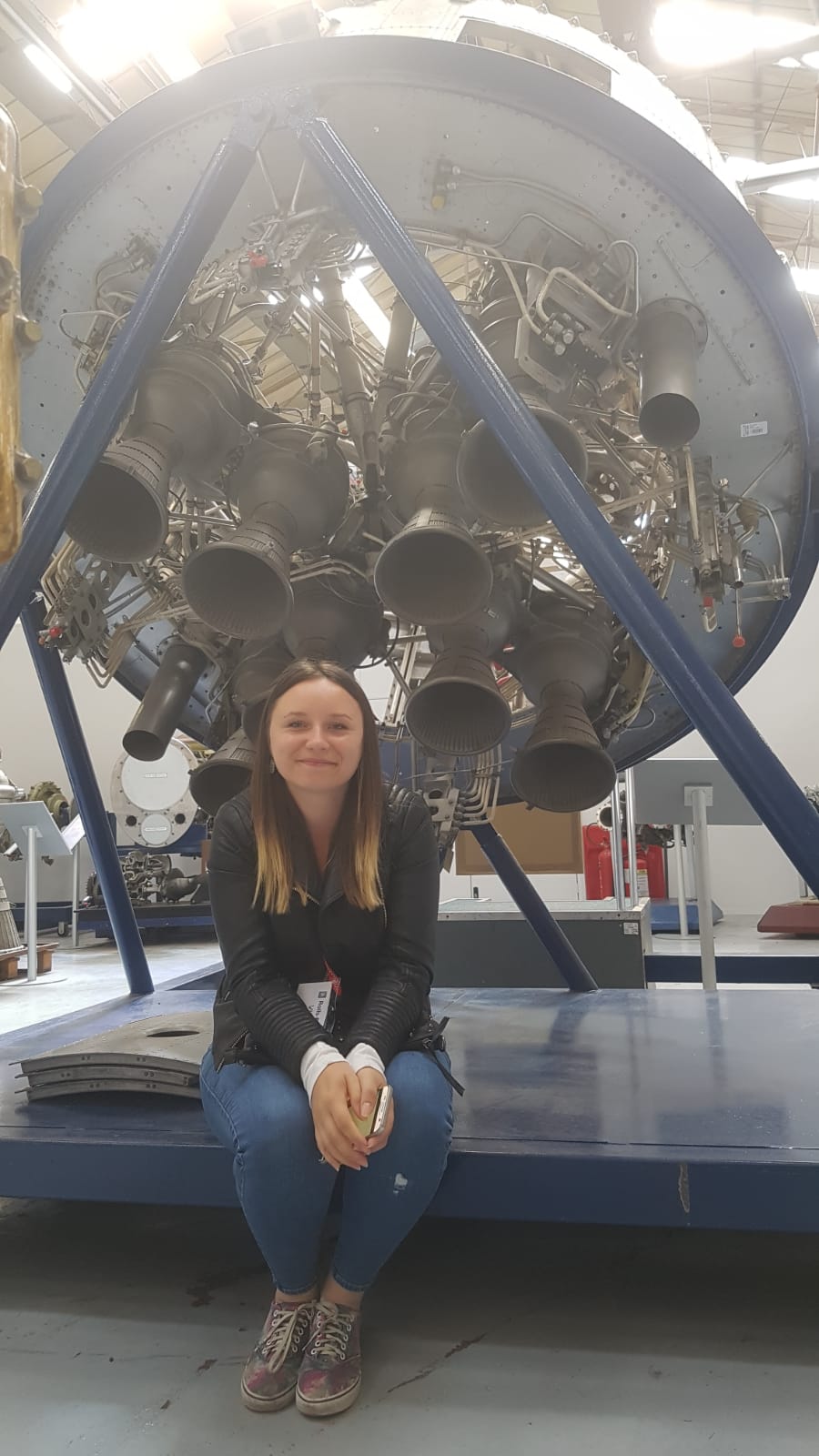 As a shy young girl living in a small town in southern Poland, her father away working night shifts, Magdalena Grzybek would look through her telescope at the stars and dream of working in something to do with space.

Fast-forward two decades and this ambitious young woman who fought harder than most and never took no for an answer is studying for an MSc in Astronautics and Space Engineering at Cranfield University and part of a team designing and building its own rocket for a competition in the USA later this year.

“My fascination with space started when I was very young,” she explains. “Most of my family were living in Spain and my dad worked nights, so I was on my own a lot. I wasn’t a very sociable child, so I used to go outside with my telescope and look at the stars.”

Having already decided on a career in engineering, 17-year-old Magdalena signed up to study engineering near to her hometown of Ryglice, which is not far from Krakow.

“I went home and told my parents, but they weren’t happy. They didn’t think engineering was a career for a woman, so they signed me up for culinary school instead.

“My father was in the army and worked security at nights. He was a hunter as well. A ‘proper man’. My mum worked in a shop. They were very traditional, and thought women should stay at home and cook and clean.

“I didn’t fight it. I didn’t feel like I had much choice. Even if I had, I would have had to study for a degree in engineering afterwards, which my parents couldn’t afford to pay for.”

Four years later, Magdalena graduated from her free school course and renewed her efforts to get into engineering.

“I didn’t have great grades,” she explains. “I struggled to force myself to study. The course was interesting, but it wasn’t what I wanted to do.

“I tried to develop my engineering skills in the meantime but there weren’t many opportunities in the town where I was living. Everyone would look at me like: ‘really? You’re a girl, you’re small, you can’t do this’. I said: ‘I will learn, just somebody please give me a chance.’”

Eventually, Magdalena enrolled onto an engineering degree course in her native Poland, but had to drop out, after finding it impossible to fit her studies around working nights as a chef to finance her education. She then moved to Spain, where she spent two years working a variety of jobs, saving up to move to the UK and continue her studies.

“I had friends that had come to the UK and said there were a lot of opportunities. When I arrived 10 years ago, I didn’t speak a word of English and had no job. All I knew was that I wanted to go to university and study engineering.

“I worked at Krispy Kreme for five years making doughnuts, and I would walk around asking everyone I could think of how to get into university here. I was desperate. I asked universities in London what qualifications I needed and I was told I would have to start again with my studies. I went to college and took Access to Education courses. Unfortunately, I’ve since found out that I didn’t need all the courses I took. I wasted two or three years because of that.”

Finally, Magdalena was accepted onto a BSc in Mechanical Engineering at London South Bank University and, after that, onto her course at Cranfield.

“I had heard about Cranfield through one of my friends who said it had a very good reputation. He brought me for a visit and I loved it. I knew then that I was going to end up here,” she said.

“When I was accepted, it was overwhelming. I was very excited to finally get the chance to learn about something I love, and to spend time with other people who love it too. Every single module is interesting, and something I want to learn.”

The 33-year-old is part of a team of students who are currently designing their own space rocket, which they hope to launch into the skies above the US as part of the Intercollegiate Rocket Engineering Competition in New Mexico in June. She was one of five members of that team to recently be awarded a Santander Mobility Award, which will help fund the trip, and is also studying separately for her private pilot’s licence.

She will finish her studies in September, after which she hopes to find a job that will enable her to pursue her passion.

“I’m most interested in propulsion systems, in engines,” she explains. “And anything practical and hands-on. I love hands-on work.”

Sadly, Magdalena’s mother passed away a few years ago, but Magdalena is sure she would be happy with her choice of career.

“She always told me she was very proud of me,” she said. “I think she would be happy that I’ve come here and managed to finish university.

“You can’t give up,” she continues. “If you know what you want to do, if you have a passion for it – don’t give up. If I’m going to spend 50% of my life at work, I want to do something I love. I don’t want to force myself to do anything.

“Don’t listen to other people. I was told: ‘you can’t do that’ and ‘you’re not good at that’. Well maybe, but I will learn. I know what I want to do and that’s what is most important.”