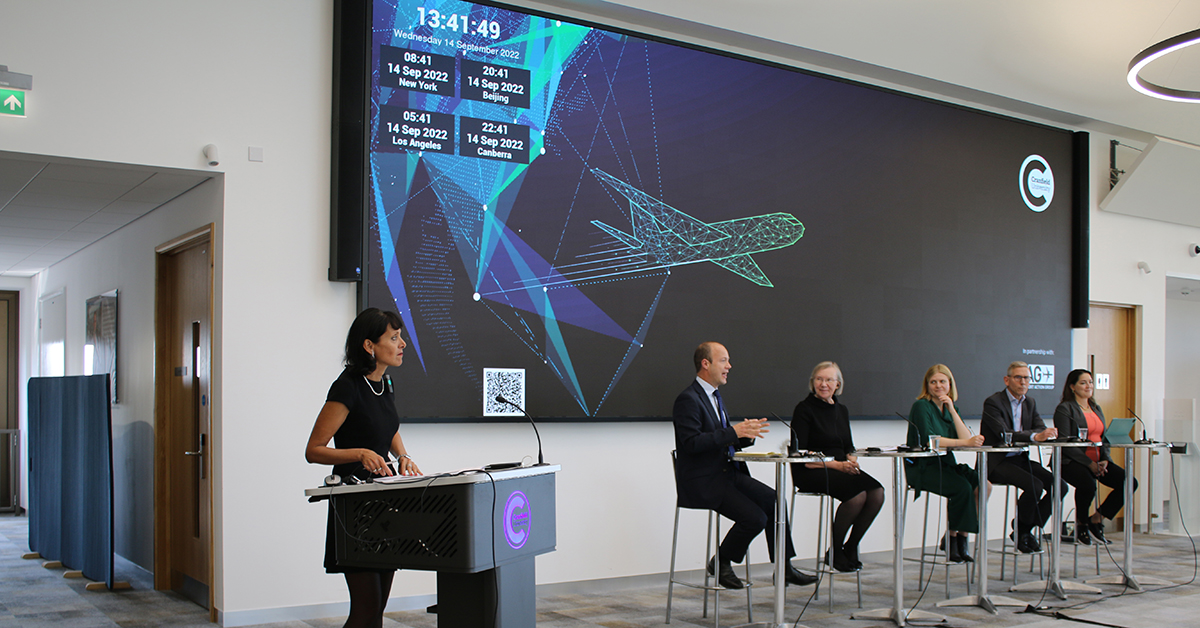 In a world looking for leadership on decarbonisation, for action over principles, aviation has the chance to demonstrate what can be achieved in one of the most challenging of all industry sectors.

When senior figures from across the industry came together for the 2022 Global Aviation Summit at Cranfield University, this was the general consensus: net zero aviation by 2050 was an achievable goal, and that decarbonisation of air travel had the potential to become a role model for other industries to benchmark themselves against.

There was general agreement that this would involve two major stages: the widespread adoption of sustainable aviation fuels (SAFs) in the short-term to demonstrate progress on carbon reductions; followed by a more radical stage where infrastructure would need to adapt to zero carbon technologies such as hydrogen and electric. Other considerations included that aviation needed to keep a holistic view of its impact — not just carbon — and take advantage of all the available technologies and offerings that would improve sustainability: direct air capture (DAC), offsetting projects, demand management, air traffic management, and efficiencies of all kinds across fuel use and operations. The industry acknowledged its role in addressing the challenges of biodiversity. Willie Walsh, Director General at the International Air Transport Association, was among those who flagged the importance of paying attention to the range of impacts beyond CO2, including single use plastics, water use and food waste.

Progress highlighted from around the globe

The first Global Aviation Summit 2022 was run by Cranfield University and ATAG (Air Transport Action Group) on Wednesday 14 September 2022. The event ran for 13 hours to allow for input from speakers and audiences across time zones, following the sun from Oceania to Asia, the Middle East, Africa, the Americas and Europe. Arguments and insights were shared across the highest ranks of the aviation industry, including representatives from IATA, the International Civil Aviation Organization (ICAO), the United Nations World Tourism Organisation (UNWTO), the World Travel & Tourism Council (WTTC), Airbus, Boeing, Rolls-Royce, the International Airlines Group (IAG), British Airways, Etihad and the international Clean Aviation initiative. 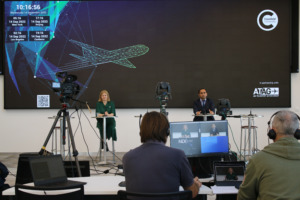 Sean Doyle, CEO and Chairman at British Airways, outlined the airline’s commitment to achieving net zero carbon emissions by 2050, or sooner, through a range of measures that the airline is adopting. These include upgrading its fleet through new generation, fuel efficient aircraft; finding efficiencies and carbon savings through improved flight planning and weight reductions; investing in SAF and hydrogen fuel technologies and strengthening offsetting and carbon removal programmes.

Dan Williams, Senior International Advisor for the FAA Environment Office, outlined the world-leading SAF initiative in the US, the SAF Grand Challenge, an important precedent to world governments to step up and match. The US, he explained, has a production goal of 3 billion SAF gallons by 2030 and a trajectory for 35 billion gallons/year by 2050 — an ambition which has been enabled by the US Bill ‘Inflation Reduction Act (IRA) 2022’.

Haldane Dodd, Executive Director at ATAG, said: “Before Covid we had $7 billion worth of SAF offtake agreements — during Covid that has increased to $25 billion. This is a sector that is moving very rapidly and we’re getting more and more interest from the finance community and also from governments to actually make this happen. We’re in a really exciting place, but we need to push further to continue the momentum and accelerate progress on SAF.”

A shared sense of possibility and co-operation

The Summit was further evidence of a shared sense of possibility and commitment to the sustainability agenda. At the same time, the scale of the challenge ahead was recognised, along with the key questions to be faced.

It was a new beginning for the sector, but international co-operation was needed now more than ever before, argued Mohamed Khalifa Rahma, Director of the Air Transport Bureau at ICAO. “It is imperative that we have a global consensus and that no country is left behind,” he said. “There is a need for SAFs to be available on global commercial scale, for example. ICAO is working to catalyse collaboration and encourage capacity-building, helping to reach agreements between states to fully develop SAFs and their deployment.”

Sir Martin Donnelly, president of Boeing Europe and managing director of Boeing UK and Ireland, emphasised the need for an acceleration in progress, and how this could be achieved: “We need to be working together on SAFs as a first step — making enough to ensure there are the quantities needed available at reasonable prices, and in an energy efficient way.”

Nikhil Sachdever, Global Lead for Sustainable Aviation at Roland Berger, pointed to the need for a decision on technology roadmaps in the near term, as putting the necessary investment behind every option may not be financially viable for the industry over time. “SAFs are estimated to need $1.5 to $2 trillion of investment to make them work and deliver the impact needed. For hydrogen flight it may be as high as $3-5 trillion to ramp up manufacturing and make changes to infrastructure etc. Can industry afford both at once? And if not, will the invisible hand of the market be enough to guide us one way or another, or do we need to collaborate and decide as a global community?”

Acceleration of change and high-level skills are now essential

Cranfield’s Professor Dame Helen Atkinson flagged the issue of skills. Would young people be put off aviation careers by the high-profile period of financial problems and redundancies caused by the Covid-19 pandemic? High-level skills are an essential factor in building a sustainable air travel industry, both through upskilling and recruitment of new talent, and there was a need for the industry to re-establish its reputation. Career opportunities relating to the transformation of air travel were an exciting proposition in themselves.

The diversity of speakers was illustrated by inputs from Cebu Pacific Air on the challenge of addressing the impact of rising sea level on tourism in the Philippines while growing a sustainable low cost airline; on how Gentian, the European Space Agency project, is using satellite technology to monitor the impact of urban development (including airports) on biodiversity; and from the investment portfolio Everland, with its focus on conserving natural environments via climate change mitigation.

While progress is being made across the industry, in adaptation to SAFs and aircraft and operations efficiencies, there needs to be a further acceleration of change. As a global research airport, Cranfield is in a unique position to work with industry and other universities internationally to test technologies within a fully formed aviation eco-system in which to design, build and fly aircraft. We need a rapid evolution of low and zero carbon technologies to a stage where more concrete decisions can be made on a shared roadmap: a solid foundation of research evidence, backed up with investment and commitment to push through certification and deliver impact.