Homepage / Amazing experience flying onboard the NFLC Saab 340B 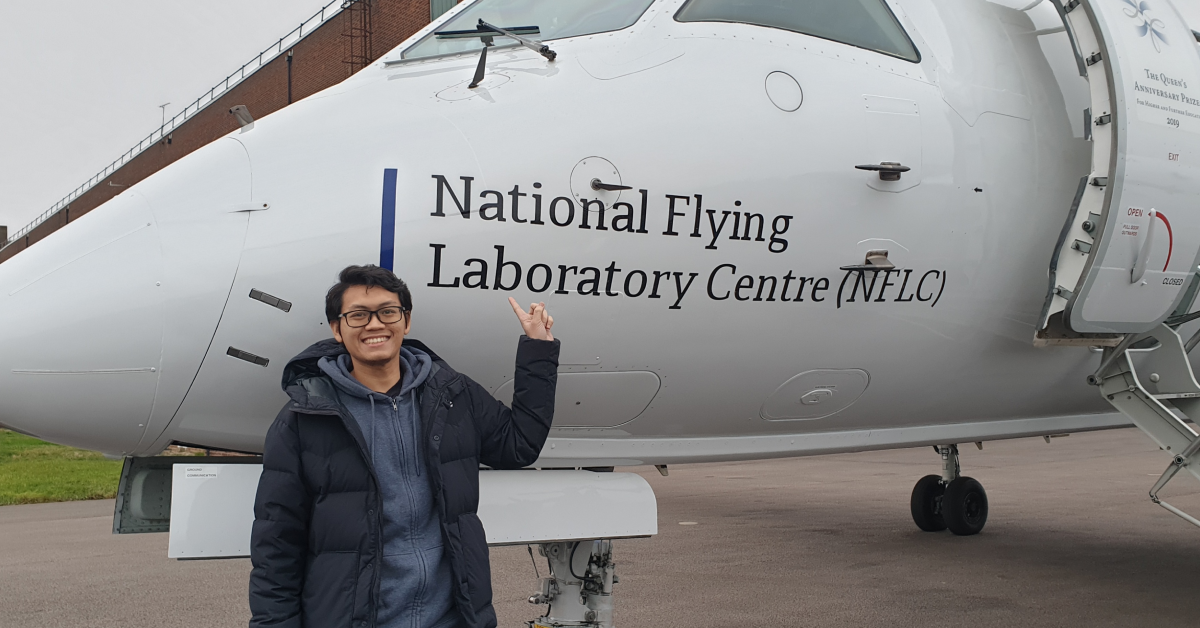 The Flight Experience module is one of the most awaited events by Aerospace Vehicle Design MSc students. A cold and cloudy Tuesday in January was the day when we had the opportunity to board the National Flying Laboratory Centre (NFLC) Saab 340B aircraft as a Task Specialist under EASA Part-SPO (Specialised Operations). Having experienced flying the NFLC Slingsby T67 Firefly light aircraft few months earlier, I was very excited to fly a bigger aircraft and take part in measuring flight data for further analysis.

The day started with a pre-flight briefing by the demonstrator, Dr Simon Place.  He gave us a very clear briefing on the underlying theory of the flight, followed by the flight test method and what set of data was required to be measured, and concluded with a safety briefing. 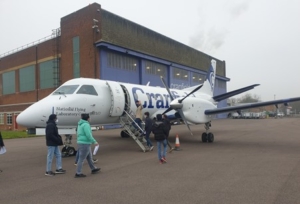 We were instructed that during the flight, the test pilot would perform several different manoeuvres to evaluate the lift and drag characteristics and assess the longitudinal static stability for CS25 compliance. In these two tests, we would need to measure a few datasets such as the airspeed, pitch attitude, engine thrust, elevator angle, trim tab angle, elevator stick force and fuel quantity. On the later part of the flight, the pilot would access the longitudinal, lateral, and directional dynamic stability of the aircraft by demonstrating short period pitching oscillation, phugoid oscillation, Dutch roll, roll (subsidence) and spiral roll. At the end of the flight briefing, each student was allocated a dedicated seat number, determined earlier by the demonstrator, to ensure the centre of gravity of the aircraft was within the limit.

After the briefing, we were escorted by NFLC staff to board the aircraft. The flight was delayed by 20 minutes due to some technical issues experienced in the flight deck. However, the problem was soon solved by the skillful NFLC pilot and at 14:46 hours the Saab 340B took-off carrying 24 Task Specialists with much joy and excitement. 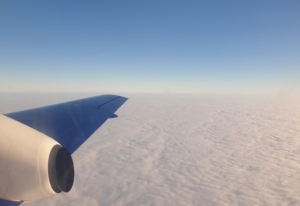 The weather above the cloud is totally different to that underneath! It was bright and spectacular, with the cloud looking like infinite foam. Once the aircraft was in steady and level flight, the test called ‘the lift and drag characteristic experiment’ commenced. The objective of this experiment was to estimate the aircraft drag in the cruise configuration as well as to estimate the best lift-to-drag ratio of the aircraft. The pilot flew the aircraft at a specific speed with elevator trim tab set to give zero force at the wheel. Then, we recorded all the required data as shown on the display screen in front of us. Whilst we remained at the same altitude, the pilot then changed to another speed, and we took the data again. This was repeated to cover the speed range of the aircraft. 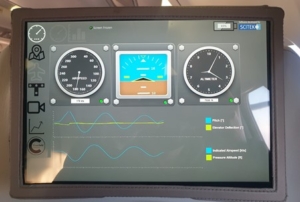 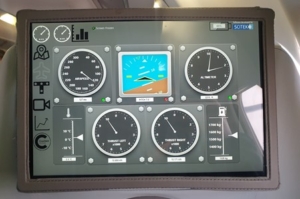 Once the first test was completed, we continued with the second test which was the measurement of longitudinal static stability. This experiment was conducted to assess the longitudinal static stability of the aircraft, to estimate the neutral points, controls fixed and controls free and to suggest the aft limit for the CG range. As soon as the aircraft flew in a steady cruise speed at 180 knots, we started to record the elevator angle and elevator trim tab angle. Then the pilot reduced the speed by 10 knots decrement down to 160 kts while maintaining the same power setting. After that, the pilot increased the speed by 10 knots up to 200 knots. The same set of data was recorded for each cruise speed.

The next experiment was the demonstration of longitudinal and lateral-directional dynamic stability. This was a demonstration on how the aircraft is very stable in both longitudinal and lateral-directional. No data was recorded in this experiment. During the flight, we were able to see and understand the behaviour of the aircraft when subjected to short sudden changes in pitch, roll and yaw manoeuvre. This included short period pitching oscillation, phugoid, Dutch roll, roll mode and spiral mode. We also experienced 2g force during the spiral mode.

The aircraft was trimmed to maintain constant speed and altitude, then the pilot applied sudden changes in pitch, roll, and yaw by applying forces to the control stick, then returned it back to the original position. We observed that the aircraft oscillates for some period before finally returning to steady level flight. 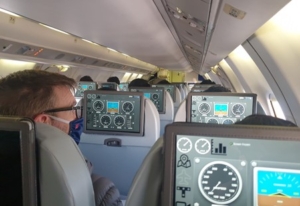 View of the operational flying lab

After almost one hour of flight Saab 340B successfully landed at Cranfield Airport. It was an amazing experience for all of us. We learned many things during this flight. It really helped us to understand and verify the overall theory evolving the flight physics both in term of lift and drag, as well as the stability of the aircraft. All the data recorded was further analysed, and then I could submit my flight booklet report as part of the post-module assessment. 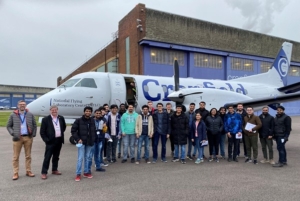 Is direct air capture going to save our industries and our planet?

We are about to experience the greatest disaster of our lives. Climate crisis is here. We can see the implications on daily lives – draughts, heat waves, uncertain weather. In my TEDx Talk, I ...

Defying expectations: Michelle’s MSc journey “I’ve always been really passionate about forensics,” remembers Cranfield scholarship student Michelle Holt. “When I was younger, I remember being stuck inside because of the weather, finding CSI on the ...