RIAT Farnborough on the Sunday was a perfect way to tee up five days of Aerospace business at Farnborough. RIAT is undoubtedly one of the finest flying displays in the world but the Technozone is also a great showcase for encouraging youngsters into our sector. It was interesting in the RIAT programme to see the Chief of Air Staff refer to the importance of STEAM – reinforcing the importance of Arts and creativity to the established STEM agenda referred to throughout Farnborough week. 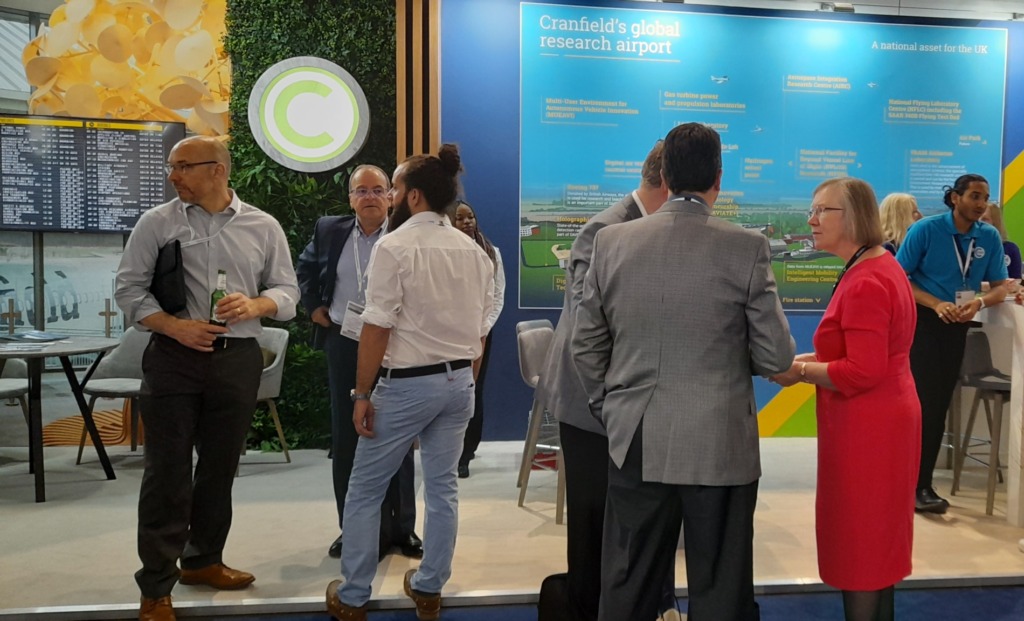 The Cranfield theme for the week was about Sustainable Aviation and our stand in Hall 4 very much reflected this – including shading the colouring of our normal blue logo to a lovely shade of green. We also had our NFLC SAAB 340B classroom in the sky in a prominent position on the flightline – displaying the Cranfield aircraft markings prominently just behind that of the Airbus A350-900.

This seemed an appropriate backdrop for our first business meeting of the week with Sabine Klauke , the CTO and Head of Engineering for Airbus – a good meeting focussed mainly around Hydrogen.

It was pleasing to see the Secretary of State, Rt Hon Kwasi Kwarteng, include the launch of the Drones Ambition Statement Advancing airborne autonomy: use of commercial drones in the UK – GOV.UK (www.gov.uk) in his keynote address on day 1 – an Ambition Statement developed with industry and Government working together and one in which Cranfield thinking played a key role. 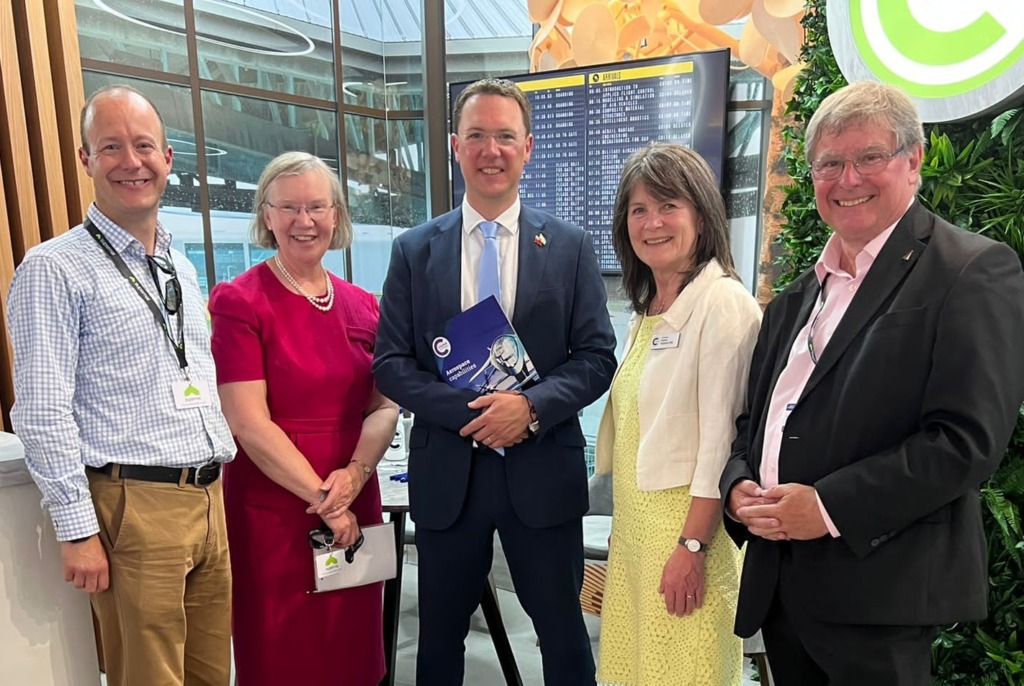 It was good throughout the week to be very much alongside and part of the UK Aerospace Research Consortium Microsoft Word – UK-ARC Newsletter Farnborough Edition July 22r (ukarc.ac.uk) – featuring very much in AGP Strategy through the Strategic Aerospace Research Framework

On the Friday it was the turn of the students and school children to visit Farnborough and see for themselves the exciting opportunities that lie ahead in our sector. Not before one more signing , this time between Cranfield and Regional and City Airports to promote the development, testing and deployment of innovation across the aviation sector  Cranfield University and Regional & City Airports sign strategic partnership at Farnborough

This had been the first Farnborough in four years during which time the sector has been though its worst crisis since the beginning of the jet age. It was a good show and demonstrated a strong level of bounce-back and optimism in the sector. It is not without its challenges and I think Cranfield and the sector decision to focus its messaging around Sustainable Aviation captured the mood of the show .

Well done to the entire Cranfield team who planned and supported the 2022 Farnborough Airshow. 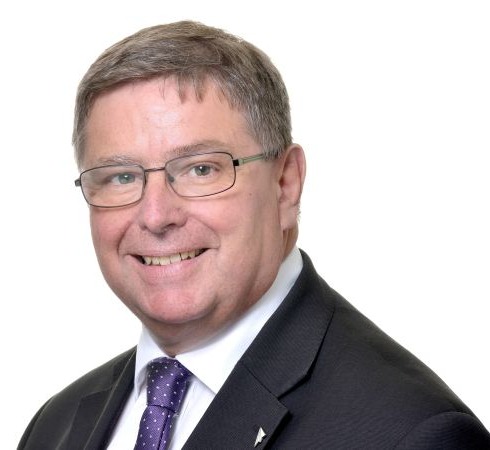