Since working at Cranfield over the last four years, I have never seen a request for volunteers for an airport emergency exercise, so I jumped at the chance. I thought there would be lots of volunteers so didn’t assume that I would be selected.  Not quite knowing what the volunteer element would entail, I was still keen to understand how everything would work. Let’s face it, there aren’t many places of work where you have the opportunity to do this.

The day started with a briefing by Paul Dale, Fire Service Manager of Cranfield Airport, together with other colleagues from the airport, Central Bedfordshire Council, blue light services and observers from the various exercise participants. After the presentation, we were asked to consider acting as though we were the ‘walking wounded’, so as to simulate a realistic aircraft evacuation. Dummies mimicking passenger casualties were used to simulate critically injured bodies for rescue. We were asked to provide false names and given fictitious next of kin details to keep with us and to start thinking about how we would act out our roles throughout the exercise.

After the briefing, we were all driven across to the exercise plane and were asked to wait until the evacuation instructions were given by the first response from the Cranfield Airport Fire Service. Once inside the aircraft, we waited, and then the fire engines arrived. Acting the part, I was a shaking wreck and scared to get off the plane, so when the call to evacuate came, I became fearful to step foot off the plane, noticeably shaking, the fire rescue team calmly encouraged us off the plane one-by-one. We were guided towards a grassy area of the disused runway and asked to standby until the security team set up a red recovery tent.  Once the recovery tent was up we were guided by fire staff and security to wait patiently until the area was safe for us to be escorted away from the incident area. 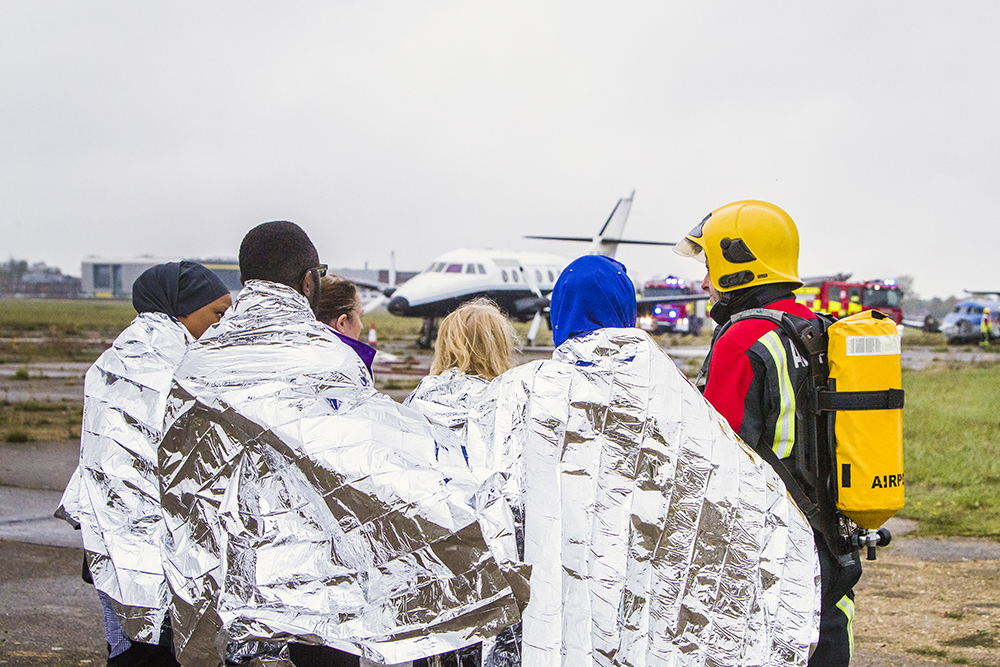 With some reassurance that we were safe, it wasn’t long before we were driven away from the recovery tent by the accident area. The incident was attended by Cranfield’s own fire team, as well as the local fire service and police, which we could see in action while the fire crews were attempting to remove the dummies with supposed critical injuries.

We were driven across the runway until we arrived at CMDC’s main reception and at the recovery centre we were greeted by friendly staff.  We were encouraged to continue with our ‘walking wounded’ act. We walked through to a lounge area where details were taken and incident cards given out. We were all relieved to be safe inside where refreshments were available. But the acting didn’t stop there, once in different surroundings we were worried about how and when we could contact our families and what would happen next…

Whilst still in character, other volunteers were complaining of heart problems and breathing and were promptly attended to by members of CMDC staff. I decided to go to the toilet and start aimlessly wandering off (acting as though in shock and not knowing where I was), but I was quickly guided in the right direction. Whilst in the toilet I locked myself in, as I pretended to fear coming out and seeing others in distress.

After a brief time, CMDC staff members came several times to check on me and regularly assured me that everyone was being looked after, they kept talking to me to make sure I was ok until the exercise was finished. 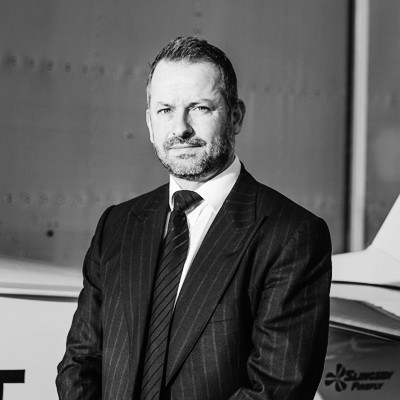 Director of Aviation Operations, Rob Abbott says, ‘The emergency exercise undertaken is not only a very important activity in terms of proving compliance and ability to deal with aircraft emergencies, it is also an excellent opportunity to grow our relationships and working practices across the University and local emergency services. This exercise was developed by the airport team to challenge all areas of the University response. It proved to be an extremely valuable test.’

Talking with colleagues in the Communications and External Affairs team after the event, they advised that in conjunction with external exercised activities on the runway, they had also ran a crisis comms exercise in the office, including preparing media statements and internal announcements which were approved by the Vice-Chancellor.

It was reassuring to see all teams in action and working together, safe in the knowledge that should a real incident occur there were procedures in place and that all teams knew exactly what to do. Not only does this exercise fulfil aviation licensing, but is also a necessary requirement to test equipment, resources and processes. Being involved in an exercise like this has given me a great insight into what would happen should a real-life aircraft accident occur and the professional level of responses that would follow.

Please note, all images contained within this blog are from the airport emergency exercise and should not be shared without the consent of Cranfield University.