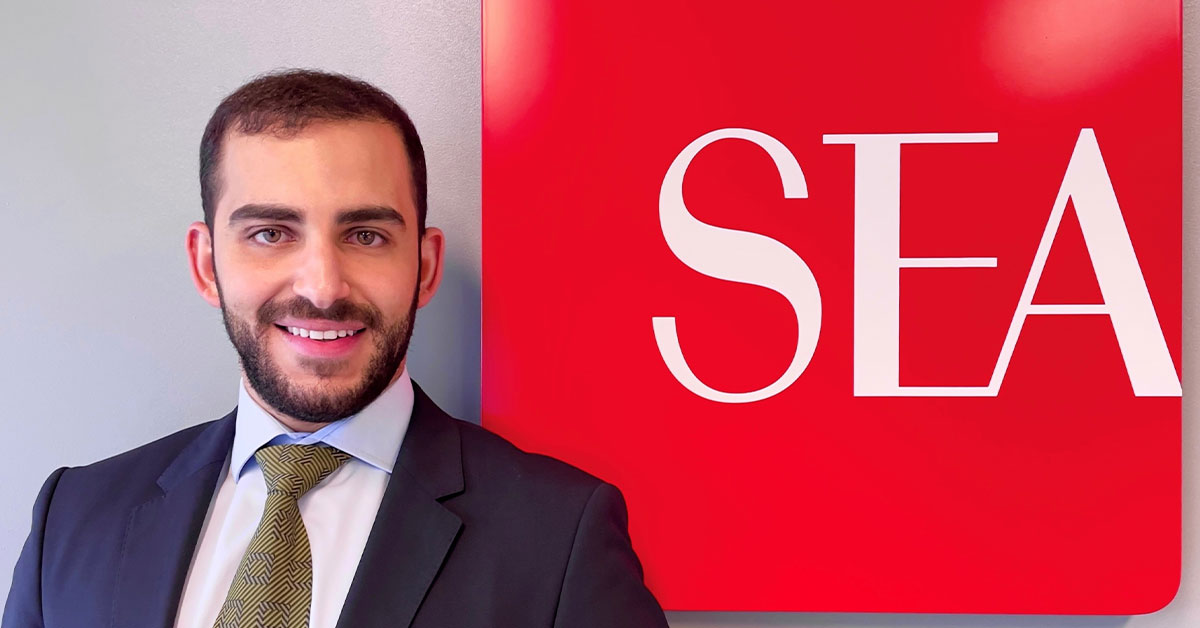 Arseni Souryal completed the Air Transport Management MSc in 2020. In this blog post, he talks about his experience studying at Cranfield, the impact of the COVID-19 pandemic, and how his career has taken off since graduating.

What’s your academic background and why did you choose the Air Transport Management MSc at Cranfield University?

Since I was a child, I have been fascinated with aircraft and the aviation industry. I was amazed by how this huge metallic bird just lifts off, travels through the clouds, and takes you from point A to point B. So, I started thinking that I wanted to work in this environment.

I undertook a Bachelor of Engineering degree in Aerospace Engineering at the Polytechnic University of Milan. In my second year, I focused on the management part of the aviation industry and that was when I decided that I should pursue a master’s degree in this area.

Here in Italy, there was no opportunity to pursue an MSc in that direction, so I started to look towards the UK and internationally. Then I came across the Cranfield website and read about the Air Transport Management MSc course and I thought, ok, this is what I want to do.

So, I applied for the course and then two years later I entered Cranfield University. I chose Cranfield because it has a great reputation and it’s clear when you look at the Cranfield alumni community that students are very satisfied by their experience at the university.

How did you find the course and what was your thesis topic?

Studying at Cranfield was a new experience for me, and it was completely different from studying in Milan. In Milan, most students are Italian, whereas Cranfield has an international community. I learned so much from just being in contact with a variety of people. I lived in Stringfellow Hall, which was so enriching from a cultural and personal perspective. It was an amazing experience.

The course itself was very interesting. I learned so much from a practical point of view – for example, how to use some tools on Excel, how to do market analysis forecasting, all about economics and finance within the airline industry, marketing. It was a complete experience, and you obtain knowledge in all areas of the airline business.

My thesis was in partnership with ALG, a consultancy team that is part of the Indra group. They sponsored my thesis and theoretically I should have been hired by them at the end of the thesis. However, then the COVID-19 pandemic gained momentum, so there was a delay in the process.

Due to the pandemic, I worked on my thesis at home in Italy and I had a weekly meeting with employees at ALG, in which they gave me advice and supported me. They also gave me some tools to work on and some data. So, it was a great experience, but it wasn’t quite the same being at home, as I should have been in their office working with them day-to-day.

How else did the COVID-19 pandemic affect your student experience?

I returned home in March 2020. All the modules had finished, so all that was left to do was the group project and thesis. After completing the modules, we went to Toulouse with the university to see the Airbus factory. It happened to be the same weekend during which Europe closed all the borders, so I came back to Cranfield, collected my things, and then went back to Italy via France, where my parents collected me in their car.

I finished my last two assignments from home, and we also worked on the group project from home, which was a little tricky because there were 10 people from different countries. So, for example, we had to work around time zones including Italy, Japan, and China. I do feel like I missed out as we had been told the group project would be an amazing experience where you spend the whole day together working and then go out to socialise in the evening to celebrate.

Our graduation was also online, which was a shame, but that was the impact of the pandemic. 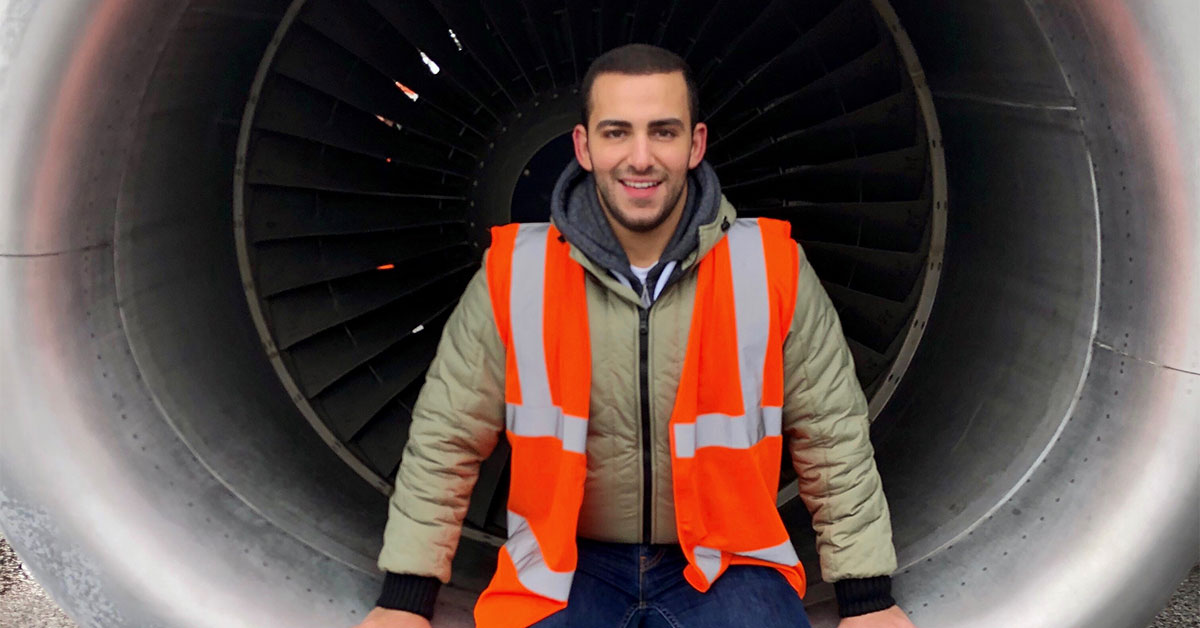 What has your career path been since graduating?

As I said, ALG were supposed to hire me but that was postponed due to the pandemic. They then said there was an opening in the Dubai office, which would be a good fit for me as I speak Arabic, so I had an interview and they subsequently offered me a contract. I signed the contract with ALG and then started to prepare the relevant documents to go to Dubai.

In the interim, SEA Milan Airports contacted me and offered me an interview for an operational role. I attended the interview, followed by a second interview with the director, and then they offered me a contract. The role would be a three-year career path, where you rotated through the whole operations department, before eventually becoming the Airport Duty Manager. I accepted the offer and informed ALG.

During my first year at SEA Milan Airports, I explored every corner of the airport; I visited all the departments and found out how everything worked. It was a great experience and I learned so much. Then at the end of the first year, in August 2021, a position came up in the commercial aviation department. The role matched what I had studied at Cranfield and my work mentor was the director of the commercial aviation department, so it felt like destiny.

I had been meeting regularly with my mentor, and he really noticed my passion for commercial aviation and understood that I wanted to work in that area. So, when the opening came up, I spoke to him about my interest in the role and he agreed to speak to HR. It was agreed that I was a good fit and in November 2021, I started working in the commercial aviation department.

During this time, I also turned down a contract from Qatar Airways because, in the end, I am here at the airport of my city. This was the airport from which I took off when I was a child; this is my airport. I feel like I can give something back.

It has been a difficult time for the aviation industry. How has that impacted your role?

In Italy we were really affected by the pandemic and the airport often felt deserted, with more employees than passengers. When I was working in operations, this made it quite difficult to learn how things work and to fully understand the pressures of working in a busy airport. However, as restrictions started to lift, the situation improved as traffic increased again.

Now, in commercial aviation, I’m facing the challenge of how to help the airport get back to 2019 levels of traffic. It’s a challenge but I really want to do my best.

Next year, our airport is also going to introduce a new landing fee system based on aircraft emissions, so we can try to incentivise airlines to operate more sustainable aircraft that are more fuel efficient. It’s a challenge to change the way an airport runs but we are really focused and want to develop this aspect of the airport.

What would you say to someone who wants to work in the air transport industry?

The air transport industry has a history of challenging the status quo, defying what is deemed impossible. This industry is about to head towards new transformation with regards to sustainability and requires all hands on deck to make this happen!