The Namyong Terminal – a surprising world of wonders

When I saw the sea and the sun-kissed setting of Namyong Terminal A5 I thought that everyone must surely pay to work there. I have never had any qualms about paying to enjoy the Thai coastline and the calming serenity of such a setting – how could it be different for anyone else?

I’m not suggesting, of course, that Namyong is a holiday resort although the gender-balanced two-hundred-strong workforce would be another reason to think so. Pondering that thought further, the whole operation certainly comes across as incredibly relaxed. It isn’t that people aren’t working on this 800,000 square meter site, it’s just that the processes have been refined and distilled over the years since it was founded in 1975 – just like the rum in a fine planter’s punch. 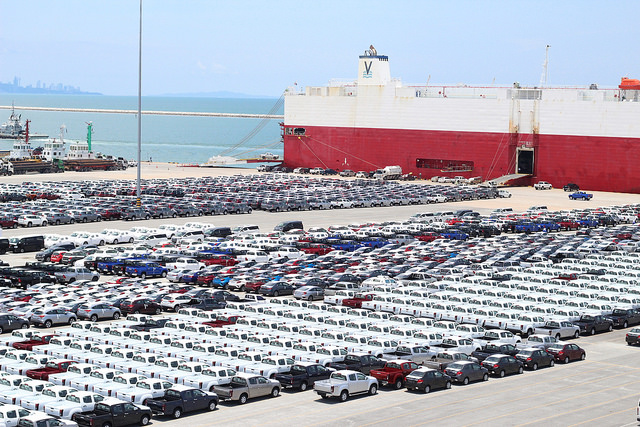 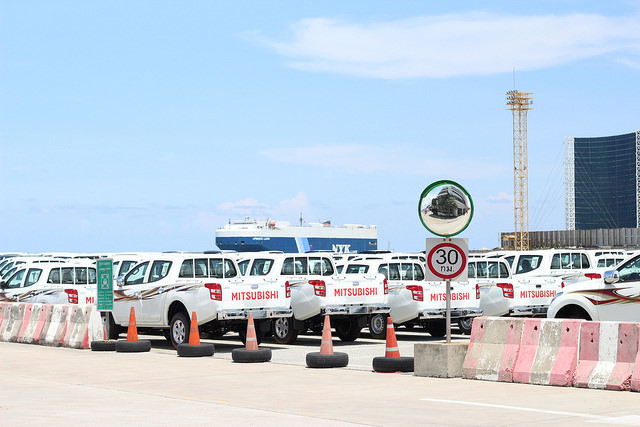 From the sixth floor balcony of the offices you can watch the work going on below as if they were ants on the beach. Some simple maths however, shows that the gangs of ten workers loading the cars on to massive roll on/roll off ships are working at a pace that will mean that the ship is ready to leave, with its cargo of up to four thousand cars, by the time the shift ends at the end of the day. Efficient, systematic, no wasted time or effort. 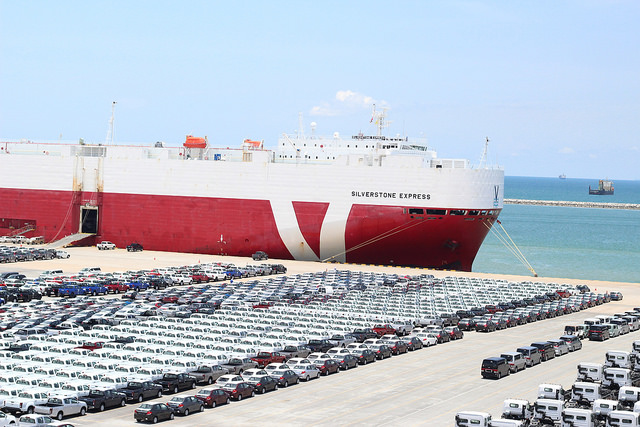 Of course there is a difference. If an ant crosses another it just climbs over, it would get expensive to try that with cars. That’s why the staff are trained for three months to drive anything and everything. They could be moving Nissans, Fords, Isuzus, Toyotas, or low-loaders with cargoes of steel or trucks or heavy construction plant. It’s just another example of the refinement of the operation; there are only 4-6 accidents a year and they are loading up to 4,000 cars on to up to three ships a day, with just 10cm between each car, five days a week – well, you can do the math! 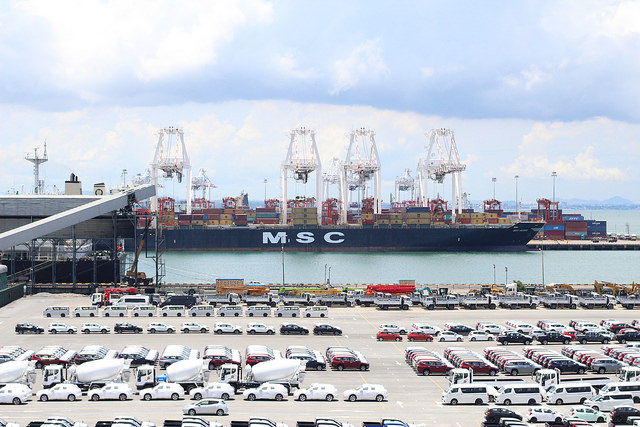 From that sixth floor vantage point, the cars all look the same. But they’re not, so the yard management software, tracking every vehicle by its VIN keeps order and control. It’s as predictable as the magnificent sunset every evening.
The video showing the customer satisfaction and the value that their customers place on the service was just the cherry and umbrella on top of the cocktail; unnecessary but a nice little flourish. 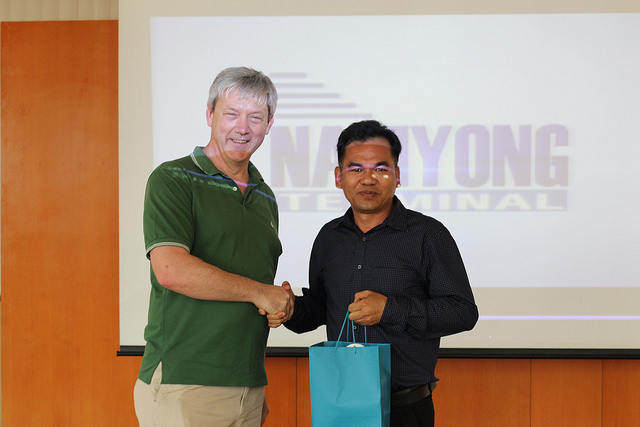 What a place, what an operation. I wonder if TUI will do a package there for next season… 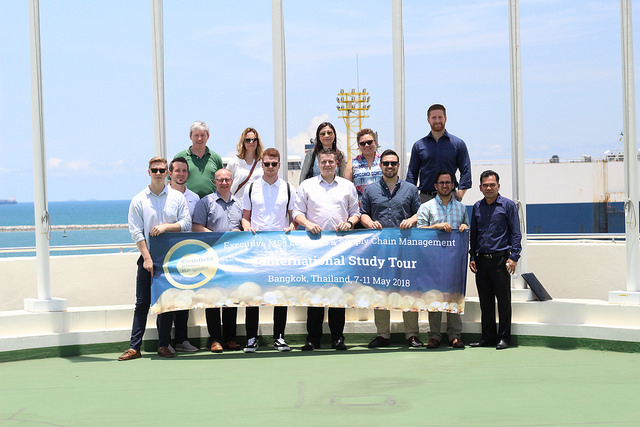 A slightly later departure time of 07:00 beckoned for us on the morning of our