Devolved vs Centralised Approach to Management – or why Napoleon lost to the Prussians (second time around)! 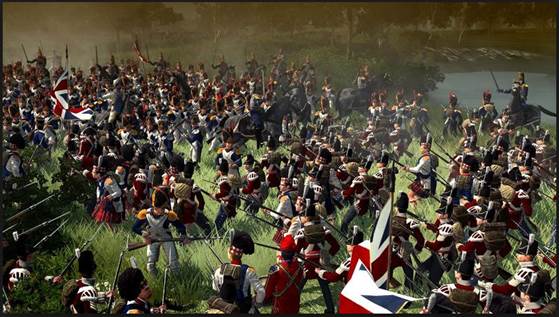 You may recall our previous blog “New Operating Models – do they deliver the claimed benefits (Or never place rocks next to hard places!)”https://cranfieldcbp.wordpress.com/2017/09/27/new-operating-models-do-they-deliver-the-claimed-benefits-or-never-place-rocks-next-to-hard-places/
That blog considered organisations changing their target operating models. We’ve recently seen a number of such organisations moving from a devolved model to a centralised model. It appears that around half the Police Forces in England and Wales are moving (or have moved) in this direction, and the other half are moving (or have moved) to decentralised models.
Recently I have been discussing a centralised vs decentralised management style with Dr Steve Morlidge (a Visiting Scholar at Cranfield University) and with Dr Arnoud Franken (a Senior Lecturer at Cranfield University), both very knowledgeable in this area. It appears there are some lessons we can learn from history (surprise, surprise!). And, as we know, history is always full of battles won and lost (used to bore the heck out of me at school – but now I know better – and better late than never!).
There is a common myth where many people believe that the military is still run along Command & Control or Centralised lines. Command & Control (as in “I tell you what to do and then I will check that you do as you are told”) is much more likely these days to be found in many private sector businesses and in public sector (and in particular Government) organisations. Apparently 200 years ago, Western armies did operate in this way, driven by lack of effective communication, along with the ineffectiveness of individual weapons necessitating massed fire for effect, on the battlefield and the desire to maintain control over how, where and when which units moved against the enemy.
Napoleon changed this, because he had armies composed largely of conscripts. To maintain public support for his campaigns, he needed to win in a relatively short space of time and keep losses to a minimum. Set piece battles wouldn’t achieve that, so he used manoeuvre and surprise. That meant devolving power to lower levels, because he and his general staff couldn’t keep an eye on his armies manoeuvring through the countryside. With this approach, he beat the Prussians in 1806.
But Prussian leaders (such as Carl von Clausewitz and Field Marshall Von Molkte the Elder) studied Napoleon’s approach and developed it further into “Auftragstaktik” or Mission Command. This is where the commander explains what he wants to achieve and why, leaving the how to subordinates – no plan survives first contact with the enemy. And any of you  who have ever read Captain Hornblower, you’ll know that Napoleon was beaten back with these tactics (and with Hornblower’s help of course!). Many years later, Blitzkrieg was based on the same way of thinking and working.
Today, most Western armies use Mission Command, since they have correctly understood there are only certain (and now very rare) occasions where stereotypical Command & Control can work.
More on this next time …..
(Visited 149 times, 1 visits today)