Homepage / Will Putin’s strategic end state in Ukraine elude him?

Will Putin’s strategic end state in Ukraine elude him? 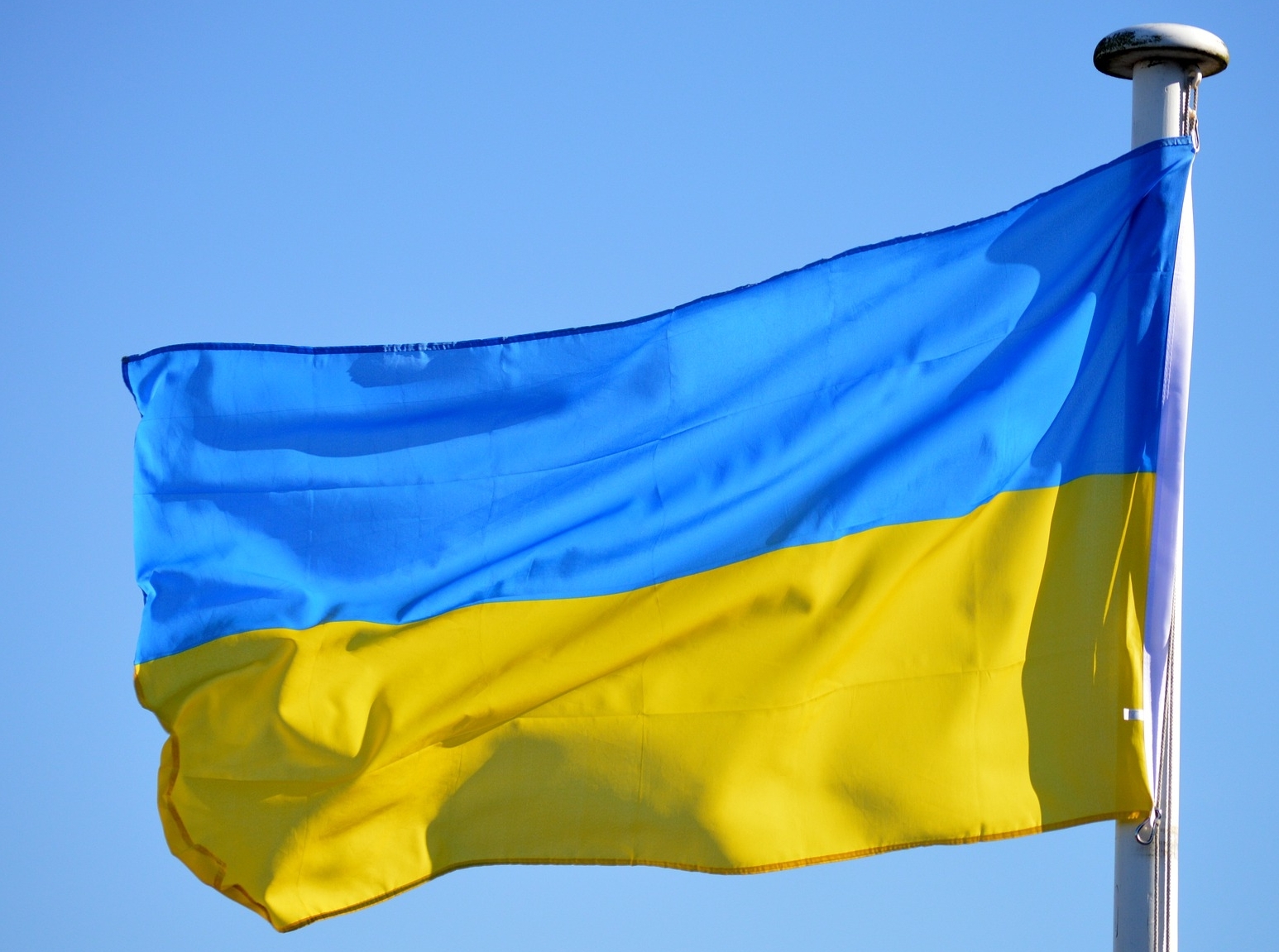 Dr Bryan Watters OBE SFHEA, Associate Professor and Head of the Centre for Defence Leadership and Management, Cranfield University, reflects on military developments in Ukraine and what lessons may be drawn from history, the thoughts of Napoleon and the theories of Clausewitz:

There are numerous publications by western think tanks on the Ukrainian war which are informative, such as the US Institute for the Study of War or indeed the UK MOD Defence Intelligence updates. Equally there are many, especially on social media, that are unsubstantiated opinions and prophecies based on wishful thinking. When reading any account of the war in Ukraine we should remember that from the start of the 20th Century the Russians mastered ‘Maskirovka’ as a military doctrine.

Maskirovka is the doctrine of deception, employed simultaneously at the strategic, operational, and tactical level. It aims to mislead an enemy, including Western intelligence, as to Russia’s political and military capabilities, its intentions, and the timings of actions. Reflecting on the proverb ‘Truth is the first casualty in war (1)’, this short think piece tries to offer no truths.

‘In war, the moral power is to the physical as three is to one’

As I write, the war in Ukraine continues. The fighting in Mariupol is entering its terminal stage. Major Serhiy Volyna, who leads the 36th Separate Marine Brigade, said his troops were running low on supplies in a poignant video which he said marked “our last address to the world. It may be our last one ever (2)”.  In the video Volyna said Russian forces outnumbered his own by “dozens of times”, and that while Ukrainian morale remains high, “Moscow’s forces prevail in the air, in artillery, in ground troops, and in machines and tanks”.

In his notes titled ‘Observations on Spanish Affairs,’ Napoleon said: “In war, three-quarters turns on personal character and relations; the balance of manpower and materials counts only for the remaining quarter (3)” , often cited as ‘In war, the moral power is to the physical as three is to one’. The 36th Ukrainian Marine Brigade and the other defenders of Mariupol have so far defied Napoleon’s maxim but ultimately quantity has been shown to have a quality all of its own (4).

The Russian superiority in men and material is compounded by the siege denying the marines resupply and evacuation of their casualties. Like the Germans in a similar enclave in Stalingrad in 1943, attacked and surrounded by Soviet forces, annihilation or surrender are inevitable. That is where any comparison with Stalingrad ends both in terms of scale, and in 1943 the Germans were of course the invaders and the Soviets the defenders with the moral authority – that is not the case in Ukraine.

If we look at the current Russian offensive in the Donbas – of which Mariupol is a part – while the truth of actual Ukrainian and Russian force levels is not known, it can be summarised as a series of Russian numerical advantages approximately: regular military manpower advantage of 5:1, aircraft 7.6:1, artillery about 3:1.

Whilst optimists cite the Russian failures in the first phase of their campaign as symptomatic of Ukrainian superiority, tactical setbacks do not derail strategy: the ‘special military operation’ aimed to ‘demilitarise and de-Nazify Ukraine’. In the second phase of their war, with less complicated supply lines and simpler terrain in eastern Ukraine, Russia’s numerical advantages – notably in air power, artillery and missiles – may overwhelm Ukrainian courage and morale.

The West’s ramping up of tanks and heavy artillery together with increasingly sophisticated anti-tank, anti-aircraft and anti-ship missiles may enable Ukraine to contain the war to a Russian occupation of the Donbas. If however, they also secure the coastline, including Odesa, Ukraine as a landlocked state, has a bigger problem.

A change of tactic does not mean a failure of strategy

In a thought-provoking article titled ‘Ukraine: Prudence, Not Hope, Strategic Thinking and the use of history,’ Matthias Strohn opines: ‘The Russians are clear strategic thinkers, who study their Clausewitz in depth (5).’ If to ‘demilitarise and de-Nazify Ukraine’ was indeed the Russian strategic end state, their invasion has militarised Ukraine, re-invigorated NATO and brought global admiration to the leadership and people of Ukraine.

A cursory glance at Russian military history – setting aside Afghanistan – tells us to predict Russian strategic defeat at this stage would be premature and a felonious misinterpretation of the potential of Russia to overwhelm and destroy Ukraine’s army. A change of tactic does not mean a failure of strategy: as Dwight D. Eisenhower stated, ‘In preparing for battle I have always found that plans are useless but planning is indispensable (6).’

Using British/NATO terminology (7), the Russians are simply enacting Sequencing and Phases within their Lines of Operation to create the Decisive Conditions to achieve Operational level objectives delivering the political/military Strategic Objective leading to their End State. Don’t forget Russia is considered to be the second-most powerful military in the world. Ukraine ranks twenty-second – quantity has a quality all of its own.

War as a paradoxical trinity

As noted above by Strohn, ‘the Russians study their Clausewitz’, and if Putin does, he might be concerned. In Chapter One of ‘On War’, titled ‘What is War’, Clausewitz argues: ‘In short, absolute, so called mathematical factors never find a firm basis in military calculation. From the very start there is interplay of possibilities, probabilities, good luck and bad that weaves its way throughout the length and breadth of the tapestry. In the whole range of human activities, war most closely resembles a game of cards (8).’ Whilst President Putin may feel he is playing with a strong hand, President Zelensky is keeping his close to his chest and Europe and NATO are giving him better cards to play with.

Clausewitz also opines that defence is a stronger form of fighting than attack. He states: ‘I am convinced that the superiority of the defensive (if rightly understood) is very great, far greater than appears at first sight (9).’ This lesson of history might also explain Russia’s difficulty, and Ukraine’s – to date – successful defence of Kyiv.

At the end of Chapter One, Clausewitz describes war as a paradoxical trinity:

hatred – of the play of chance and probability within which the creative spirit is free to roam;

enmity – war’s element of subordination as an instrument of policy, which make it subject to reason alone.

This paradoxical trinity is often given the shorthand of emotion, chance, and reason.

If the war in Ukraine is an example of Clausewitz’s paradoxical trinity, then Putin’s strategic end state may illude and elude him – Ukraine has the emotion; there is always a chance for Ukraine’s creative spirit to roam; and to date much of Russia’s reason has proved baseless.

President Putin, as a well-known student of Russian history (10), appears to have a flawed view of Ukrainian history, and this view appears to be crystallising his current actions. When reading history, he might reflect on another of Napoleon’s maxims: ‘What then is, generally speaking, the truth of history? A fable agreed upon.’

Prior to joining Cranfield University Dr Watters served in the British Army, including an appointment as an operational planner during the Cold War and in NATO as commander British Forces Kosovo in 2008. Between 2014 and 2019, with Cranfield University colleagues, he delivered a series of strategic planning workshops and leadership programmes in Ukraine on behalf of the UK MoD for the Ukrainian National Security and Defence Council, Ministry of Defence and Ministry of Foreign Affairs.