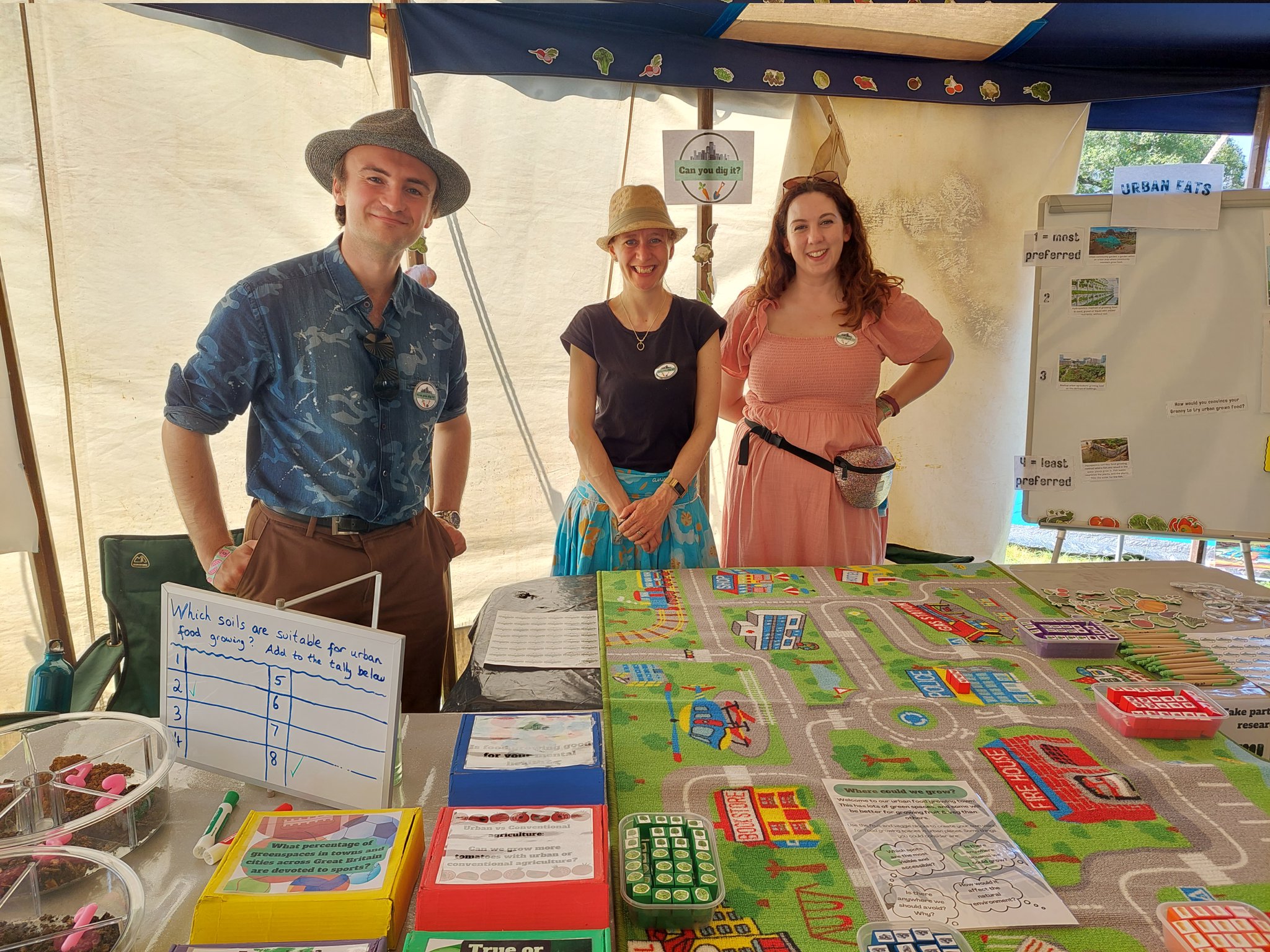 From peas in the playing fields to celery from the cemetery – our towns and cities have lots of spaces which we could use to grow food. But what would urban farming do for our health? Could it really help put food on the table? What would it do to our environment?

Rurban Revolution, a two-year Global Food Security programme-funded project has just officially concluded with a residency at Glastonbury 2022. Celebrating the diverse science needed to understand how we can more fairly and sustainably meet our food needs, the Rurban Revolution team created a public engagement space at the popular festival designed to share knowledge about urban food growing through a range of interactive activities. We caught up with Dr Dan Evans of the Cranfield Soil and Agrifood Institute on their return. 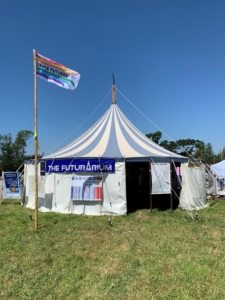 We received an invitation from the Glastonbury Science Futures team.  This is a brand-new area within the established ‘Green Futures’ field at the Festival, where festival goers can take a breather from the music, and explore how science shapes our daily lives.

A music festival is, perhaps, an odd choice of location for scientists to talk about and demonstrate their research. I confess to musing on this point too, when I was standing there at the beginning of the week, in a relatively nondescript corner of an under-facilitated field, beside a marquee emblazoned with the words ‘Glastonbury Futurarium’. Very few facets, if any, of a scientist’s daily environment were able to accompany us to the Festival. Stripped bare of the white coats; sterilised work surfaces; ultramodern machines; nests of wires; and all the other bells and whistles that our daily workspaces often entail, we were solely provided a couple of tables, and whatever we could pack into a couple of camping bags.

Our tickets may have been labelled ‘Artists and Performers’, but it was initially difficult to conceive of us performing anything substantive in such a divested space. Of course, I came to realise – as I think all Futurarium ‘performers’ did – that you don’t need flashing neon lights, high-pitched beeps or complex, capacious machines to inspire people about the wonders of science, or to inform them about the findings of your research. All you need is an approachable demeanour, a well-rehearsed and engaging storyboard of your research, and a passion to share your enthusiasm with as many people as possible. Deliver this, and you’ll be richly reimbursed with openminded questions, unfailing curiosity, and a hunger to find out more. I quickly learnt that a music festival represents one of the most effective venues for knowledge exchange. After all, what is a music festival if not a melting pot for ideas, for creative thinking, and for engaging with new perspectives and dimensions?

How did people engage with the stall?

We had a number of activities on offer: 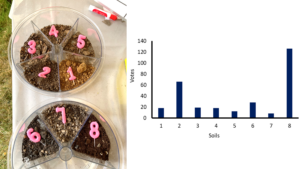 What’s next for Rurban Revolution?

Rurban Revolution has officially concluded, however, many members of the team have follow-up projects. Cranfield University is currently leading a couple of STFC-funded projects which are exploring the potential of vacant and under-utilised spaces for food growing. One of these is based in Newcastle, where we plan to make use of the city’s Urban Observatory network of sensors to help us measure some of the environmental conditions of different vacant spaces in and around the city. We are also working with the London Borough of Islington and the Borough-wide food growing ‘Octopus Communities’ on a project called Urban Cultivate, which seeks to identify a cluster of under-utilised spaces for a wide range of food growing supply chain functions, including food waste collection, soil formation, seedling development, cultivation, food vending, and knowledge exchange. 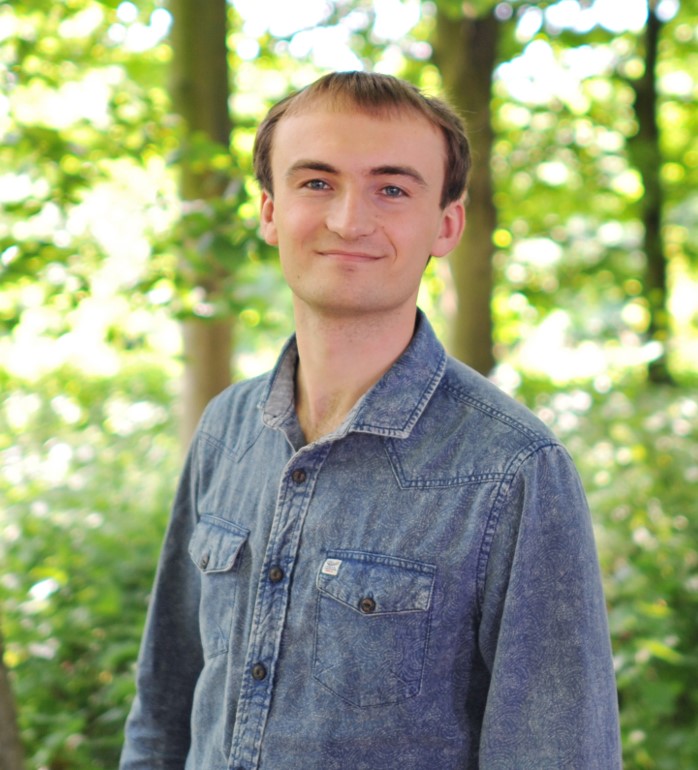